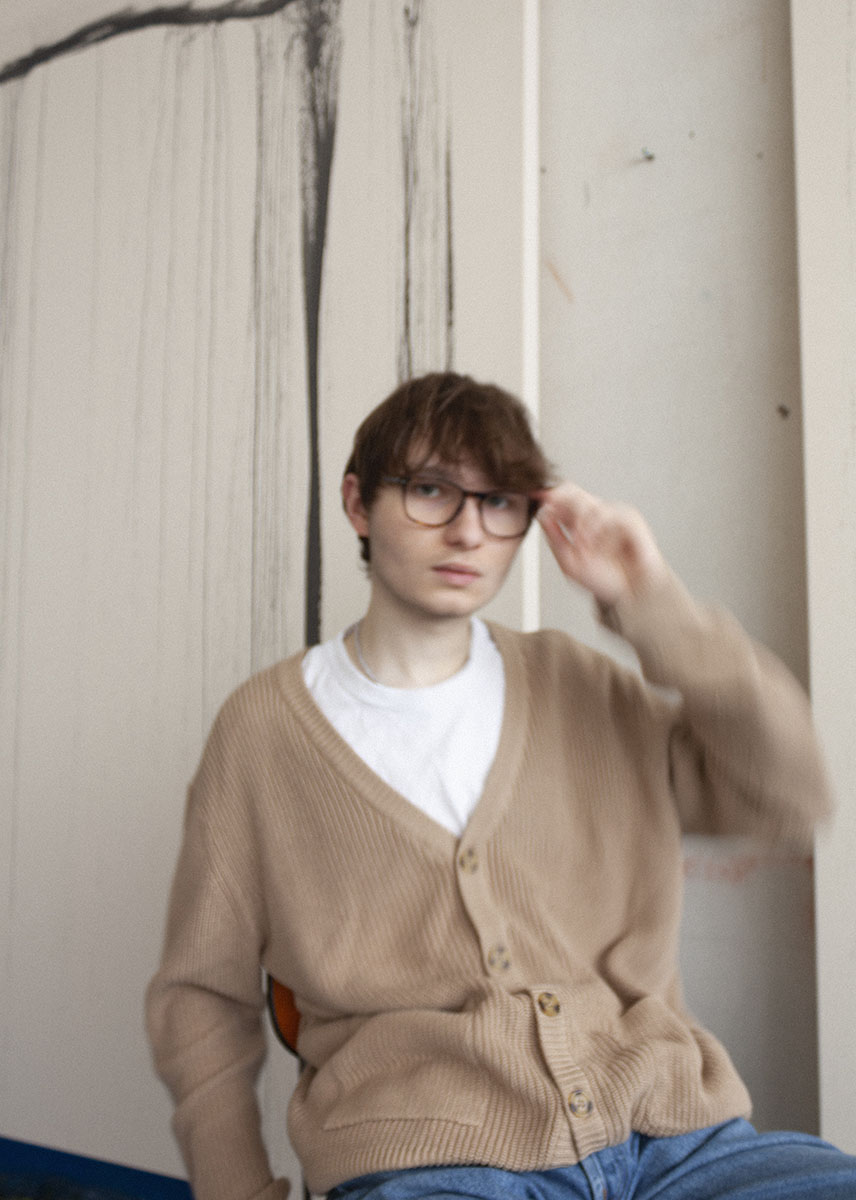 Khalil Berro has recently launched his latest project called “Solar Sail”, the largest public art project in Switzerland.
Khalil Berro and his team installed life blankets that are held in by small water-filled pockets, which make up one large 500-1000 m² foil structure on the fields.

A metaphor of how we humans interact with nature and how nature responds to our actions, an opposition between the macrocosm destined to vanish and the man-made objects that remain over time.

The large reflective tarpaulins blend with the landscape of the surrounding snow fields, reflecting the light with its silver coating and as the day passes and the snow melts, you begin to see more and more sail.

Many of these solar sails will appear in the coming months around Switzerland. In different places at different times and only for a few hours.

Khalil Berro was born on December 4, 2003, in Switzerland. Even as a little kid, Berro was already creative, he liked to take photos of flowers in the garden, with his mothers camera. He grew up in Lenzburg, a small city in Switzerland. He plays the drums, piano, guitar, ukulele and many other percussion instruments. At 12 years of age, he started showing interest in film, so he started making short movies, which evolved to payed advertisement videos, which he produced. Film didn’t let him express all his emotions that he liked to express, through a visual format, so he started painting. Jean-Michel Basquiat gave him his first inspirations, he noticed that through abstract painting, colours and different forms, he could show emotions, that he couldn’t show before and also bring out emotions from the viewers perspective. One big dream he always had, was to start an art collective. Since a little boy, he always wanted to work for himself, he never wanted to be employed. It was hard for him to search for likeminded people, especially at his age. He started “collecTIVE”, where he works together with other artists, musicians and designers to create (in his words) “the most influential art collective in the world”. He first started getting traction through an article in his hometown newspaper. Berro is one of the youngest contemporary abstract artists and one his way to big success. He is also often referred to a ‘young Basquiat’. Berro likes to experiment with different materials, he doesn’t limit his painting to only canvases, he also paints on wood, walls and everything that comes in his way.