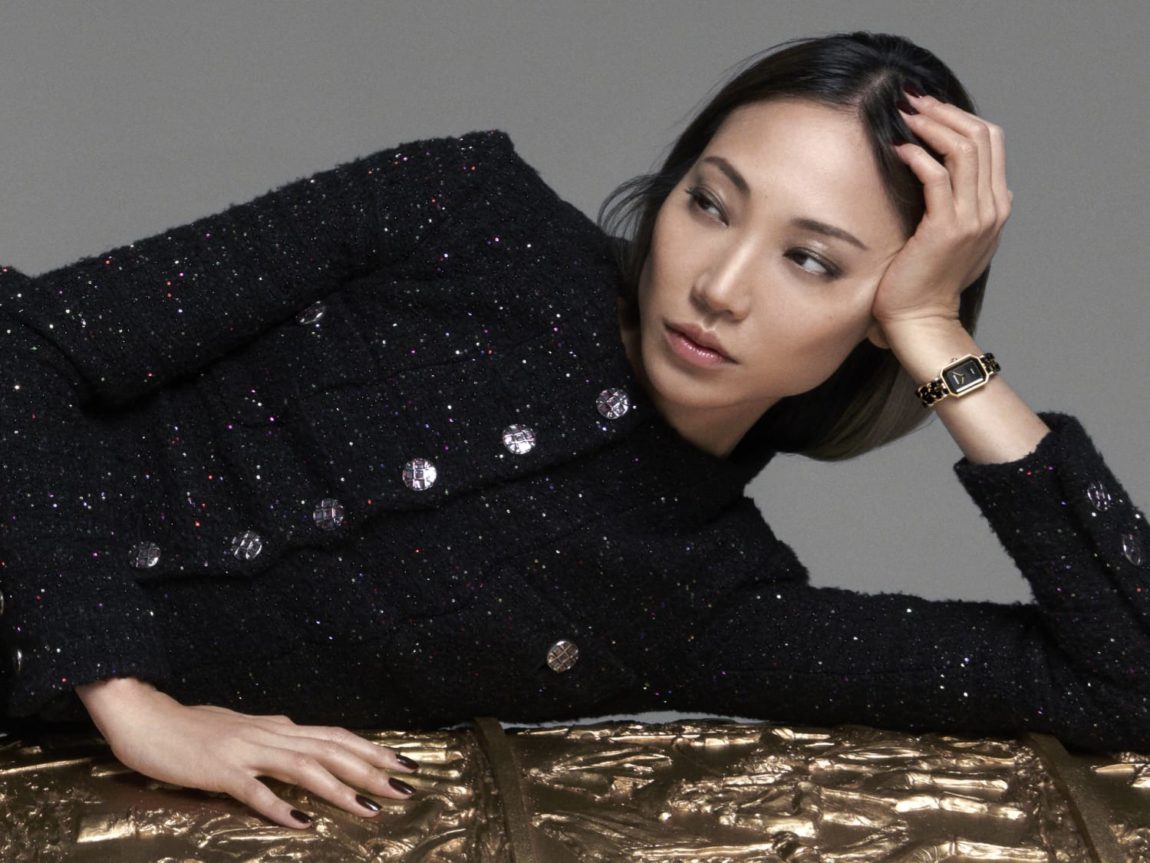 “Wearing the Première watch is like wearing a little of the spirit of CHANEL and of Paris on your wrist. I love the timelessly classic and singularly iconic design that encapsulates the essence of the CHANEL spirit.” Soo Joo Park 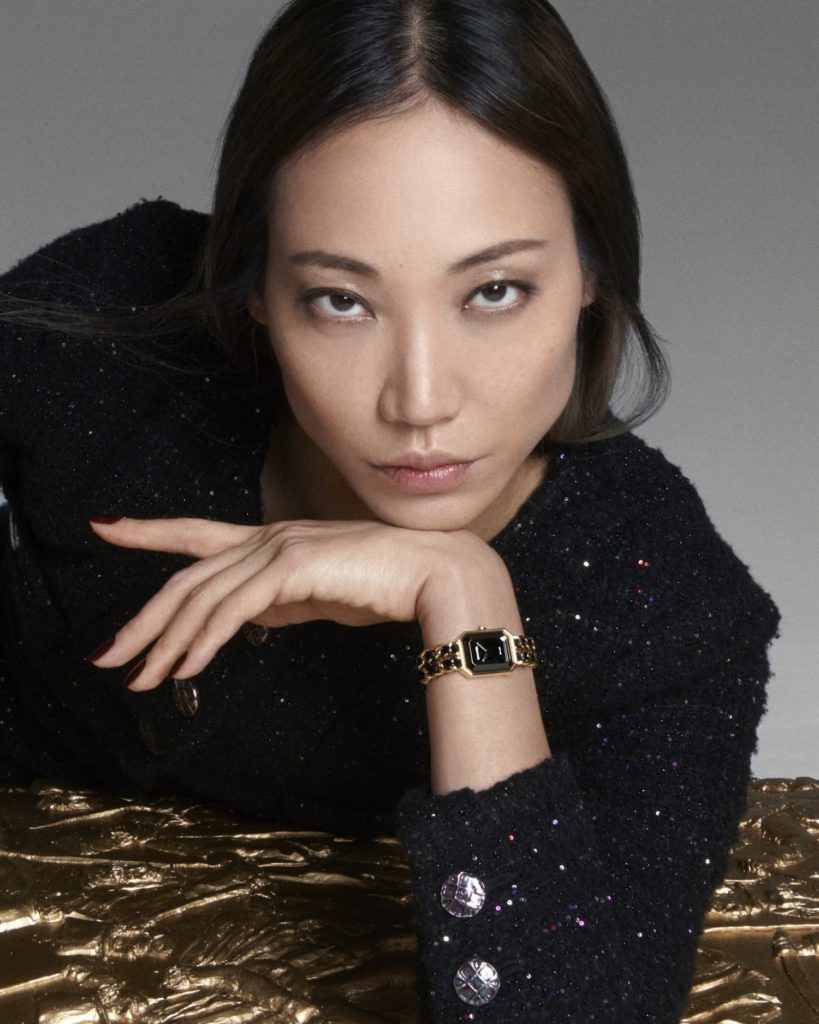 In the CHANEL watchmaking universe, the Première watch has been a shining star since 1987. Choosing the octagonal shape of the stopper of the N°5 perfume bottle for its case and dressing it in black lacquer and borrowing the interlaced leather and chain strap of the iconic quilted bag for its bracelet, the Première surprised the watchmaking world that until then had been governed by masculine codes. Because it was uniquely contemporary, without a doubt. Thirty-five years after its creation, this authentic lesson in style now makes its reappearance in its original version styled in its most cherished quality: timeless appeal.

SURPRISE
The first CHANEL watchmaking creation, the Première watch was conceived in 1987 by Jacques Helleu, Artistic Director at CHANEL. He had joined the Maison thirty years earlier to take care of « problems of taste ». This remarkable man, who had devoted himself to CHANEL from the age of 18, was still humorously wondering « what it was all about », even as the success of the Première watch confirmed his tenacious talents. « I fought to make a design that was strong, that was unique, that – more than just launching a single collection ­­– would become an eternal reference, » declared the man who ushered CHANEL into the world of watchmaking.

MUSE
For Arnaud Chastaingt, Director of the Watchmaking Creation Studio, the Première embodies the spirit of CHANEL watchmaking.
« The Première was the first page in our watchmaking history. It was born out of an absolute freedom of creation and it initiated a vision, the “Allure of Time” as measured by CHANEL. In 2022, I wanted the Premiere to find its place again and to put it at the heart of our collection. This creation is our DNA and a CHANEL code through and through. Far more than a watch, the Première is a lesson in style. » 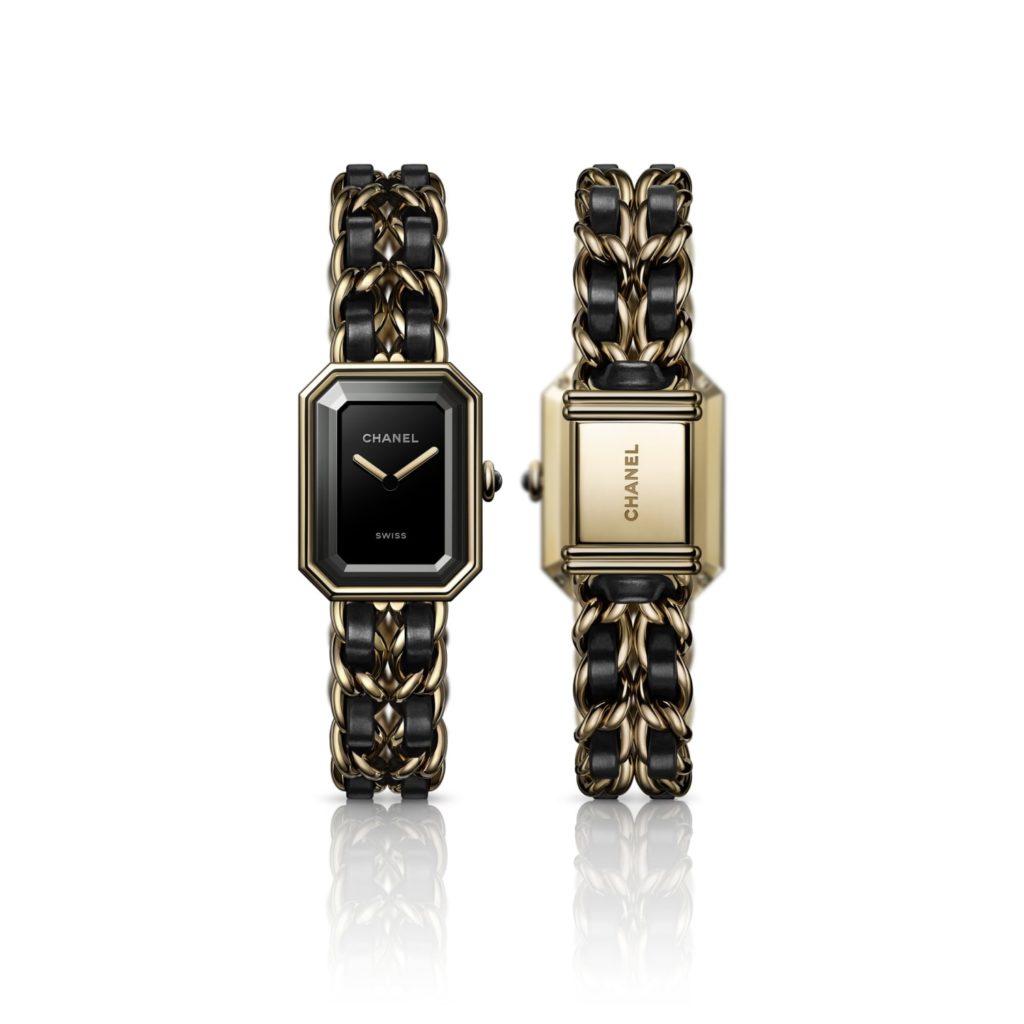 FREEDOM
If the Première made a remarkable entrance, this was first and foremost because it freed itself from masculine codes, to appear – fitted or as a bracelet – on the wrists of women. For the first time, a watch intended for women was not a scaled-down version of a men’s watch, but an elegantly audacious creation wholly dedicated to them. Since 1987, the spirit of the Première has lived on as an ode to the freedom of every woman who lives in the present and seizes the moment.

ICON(S)
The Première dial and beveled glass are instantly recognizable by their octogonal shape. A geometry directly inspired by the stopper of the N°5 perfume bottle, which in turn recalls the outline of place Vendôme, which Gabrielle viewed from her suite at the Ritz. This icon is joined by another one: the interwoven leather and chain strap of the iconic quilted bag. The Première makes it its flexible bracelet, fitted with an incredibly refined clasp. Thus the Première plays with these icons to create a new one, one that will endure the test of time.

BLACK & GOLD
A black lacquer dial set within a gold octagonal case: the sleek surface stretches out, unruffled by the passing of time. There are no numerals or indices, no second hand or date display. Under the beveled glass, two pared-back hands finished in gold move in this microcosm of infinity, while a crown set with an onyx cabochon completes this two-tone geometry.

YOUNG FIRST
In 1987, for the launch of the Première, CHANEL opened two dedicated boutiques – in Paris at 40 avenue Montaigne and in Geneva at 43 rue du Rhône – followed in 1990 by place Vendôme. There the Première watch appeared with all the freshness and charm of a jeune première, displaying its many variations over the years with as much ingenuity as elegance. In 2022, as CHANEL Watchmaking and Fine Jewelry finds its new home in the completely redesigned townhouse at 18 place Vendôme, the Première returns to the spotlight, in a version that is subtly streamlined and – ever so faithful to itself – resolutely a watch of its time. 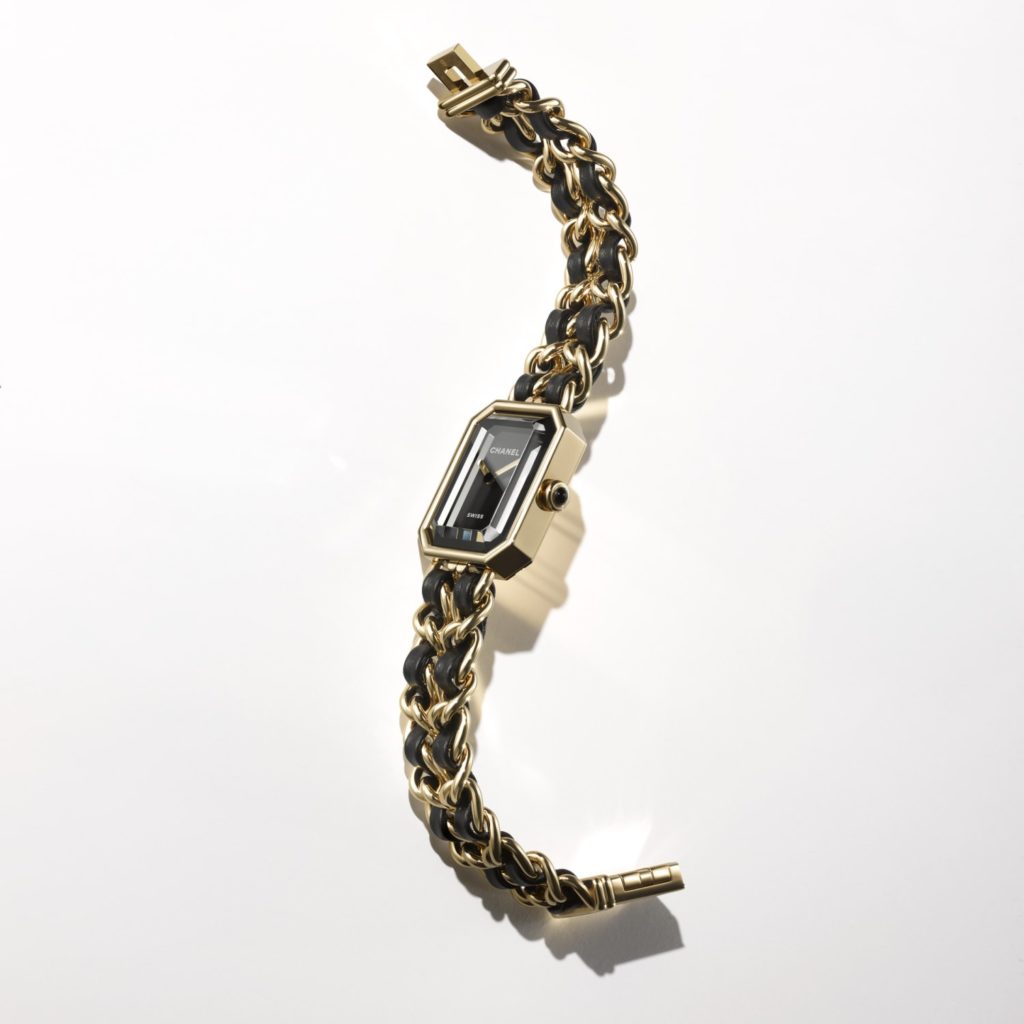 I am the beating heart of the instantaneous act.

I am the jewelry watch that takes time to enjoy life.

I am a style, whose only guiding principle is liberty.

I am an eternally young first.

I am the Première watch.