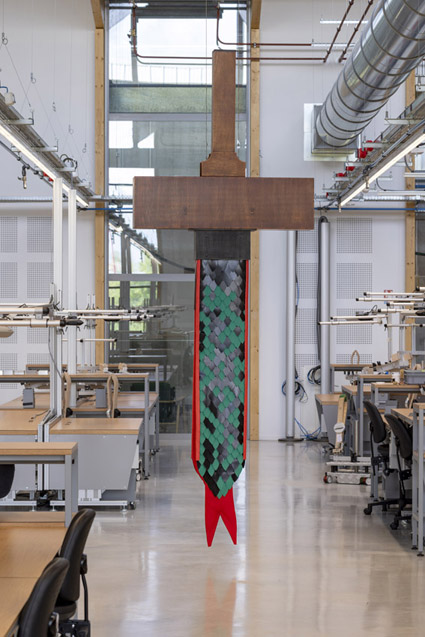 As part of the Artists’ Residences of the Hermès Corporate Foundation, carte blanche to visual artists in the manufactures of the Hermès house, Matthieu Haberard completes his immersion in the Maroquinerie de Guyenne (Saint-Vincent-de-Paul , Gironde) with the exhibition of his work Au fond ensemble, presented from July 7 to September 12, 2022 at the Museum of Decorative Arts and Design (madd-bordeaux) in Bordeaux.

Committed to promoting contemporary creation, the Fondation d’entreprise Hermès set up an artist residency program in 2010 within the manufactures of the Hermès house. Alongside the craftsmen who introduce them to their gestures and know-how, the invited visual artists design original works in exceptional materials – silk, silver, leather or even crystal.

Real carte blanche, these residencies aim to stimulate the imagination of artists by allowing them to experiment with new production methods. Resulting from a fruitful dialogue between art and craftsmanship, the works are produced in duplicate: the first becomes the property of the artist while the second is kept by the Foundation, in order to be presented to the public. Each residency is the subject of a dedicated publication, Les Cahiers de résidence, co-published with Actes Sud.

To promote the works created during the Artists’ Residences, the Hermès Corporate Foundation also supports their presentation to the public, with the complicity of local cultural institutions located in the manufacturing region. In 2022, the Fondation d’entreprise Hermès entrusted the sponsorship of its Artists’ Residences program to curator Gaël Charbau. The curator thus accompanied Matthieu Haberard in residence at the Maroquinerie de Guyenne (Saint-Vincent-de-Paul), located in New Aquitaine, to immerse yourself in the world of saddler-leather craftsmen.

The French visual artist Matthieu Haberard invents a world made from scratch by drawing his inspiration from the aesthetics of the Middle Ages, the counter-culture or manga. His works form a corpus that seems to come out of a marvelous tale, filled with jewelry, masks, articulated arms, mannequins… The artist draws, cuts, folds, glues, adjusts, assembles and builds from various materials ( sheets of plastic, wood, cardboard…) to form, by their accumulation, sculptures. He constructs his pieces by successive additions, sometimes forming large volumes, larger than the human size and the nature of the object to which the piece refers.

By exploring all the “accidents” and surprises caused by a deliberately artisanal approach to the work, the residency at the Maroquinerie de Guyenne allowed Matthieu Haberard to imagine a new creation with materials he had never had before. worked. The discovery of different leathers and their properties has open to the visual artist, accompanied in this adventure by four craftsmen, new perspectives in the development of his work, both from an aesthetic and structural point of view. 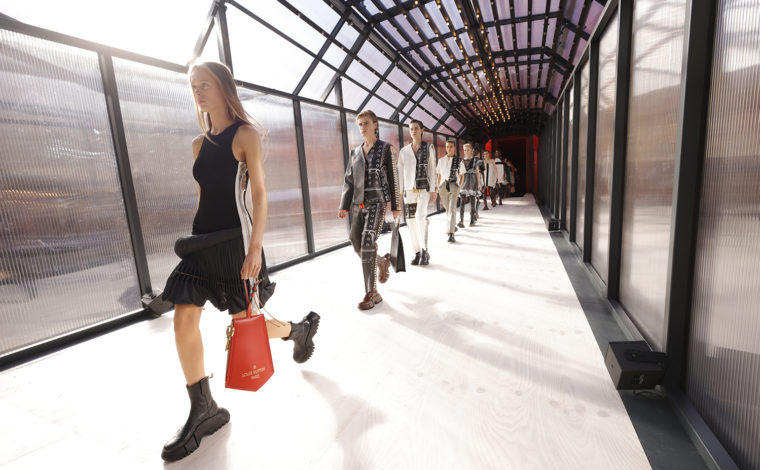