A Midsummer Night’s Dream in Lithuania

A Midsummer Night’s Dream in Lithuania

The evening of June 23 is a special time in Lithuania. The night of St John - which is called Joninės here - is a great midsummer celebration that combines pagan rites and Christian traditions.

The evening of June 23 is a special time in Lithuania. The night of St John – which is called Joninės here – is a great midsummer celebration that combines pagan rites and Christian traditions. Even before the religious conversion of the country, the celebration of the summer solstice included jumping over the flames of bonfires as a wish for good health, hunting for fern flowers in the woods or wreaths of flowers intertwined to find love.

Originally called Rasos, the midsummer festival had deep connections with the cult of nature and the elements, while the rites were aimed at propitiating abundant harvests. With the arrival of Christianity, the name of the festival changed to Joninės, in honor of St. John the Baptist Today the festive event mixes both religious traditions, thanks to the commitment of the movements for the dissemination of national identity and the desire to revive ancient pagan traditions. 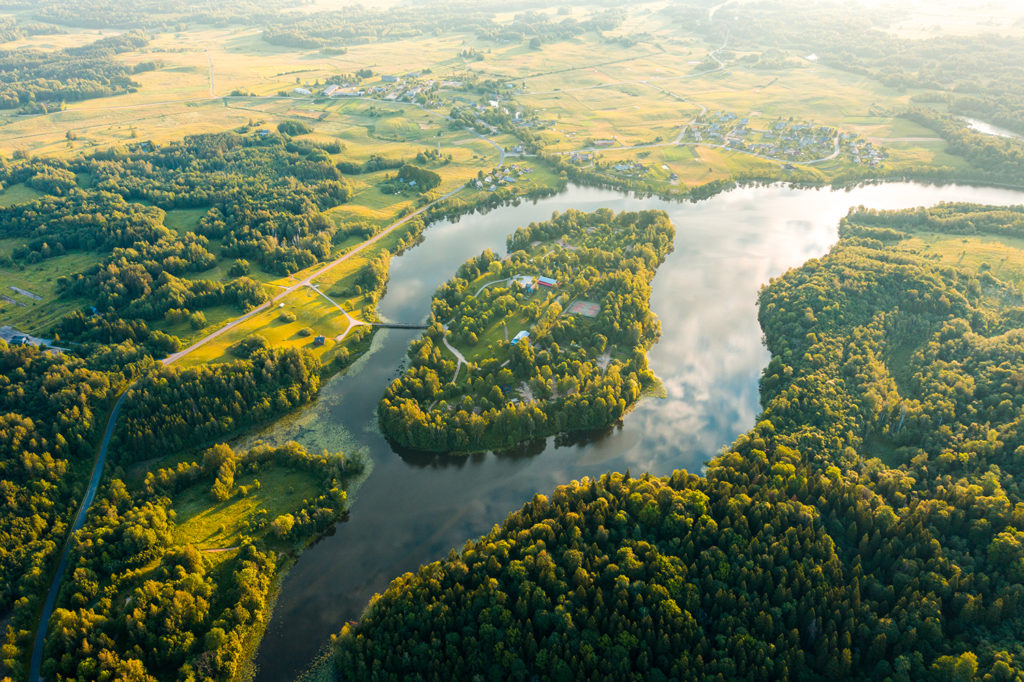 The authentic spirit of Lithuania is revealed through its rites

Visitors wishing to grasp the essence of Lithuanian character can join the local inhabitants, famous for their warm welcome, in recreating the magic of the traditional rites of Joninės. The midsummer party also corresponds to the shortest night of the year, despite the incredible number of unforgettable activities that take place there.

The search for the mythical fern flower is the most significant and fascinating custom of the solstice festival. In the past it was believed that the fern bloomed at midnight and that anyone who found this magical flower would have obtained the immense power to understand all the mysteries of nature, read minds, see what is invisible and achieve lasting prosperity and happiness. Another main rite of the Joninės festival is the lighting of bonfires. At sunset, the inhabitants prepare tall piles of wood on the hills, which will burn throughout the night. The brighter the flames of the bonfire, the more abundant the harvest will be. In addition, to propitiate good health and get rid of all their sins, Lithuanians jump over bonfires, making the atmosphere of the Joninės party even more exciting. Among the numerous customs and rituals associated with the summer solstice, unmarried women often weave wreaths with nine or twelve different plants, as a spell to find true love. If two garlands touch each other after being thrown into a lake, there will be a wedding within the following year.

A link between the heritage of national traditions and modern holidays

Today Joninės is celebrated all over the country and the biggest festival of all takes place in Kernavė, the first capital of the Grand Duchy of Lithuania. The five strongholds on the hills, which constitute one of the most important historical sites in the country, turn into the realm of magic, celebration and nature on the night of the solstice. 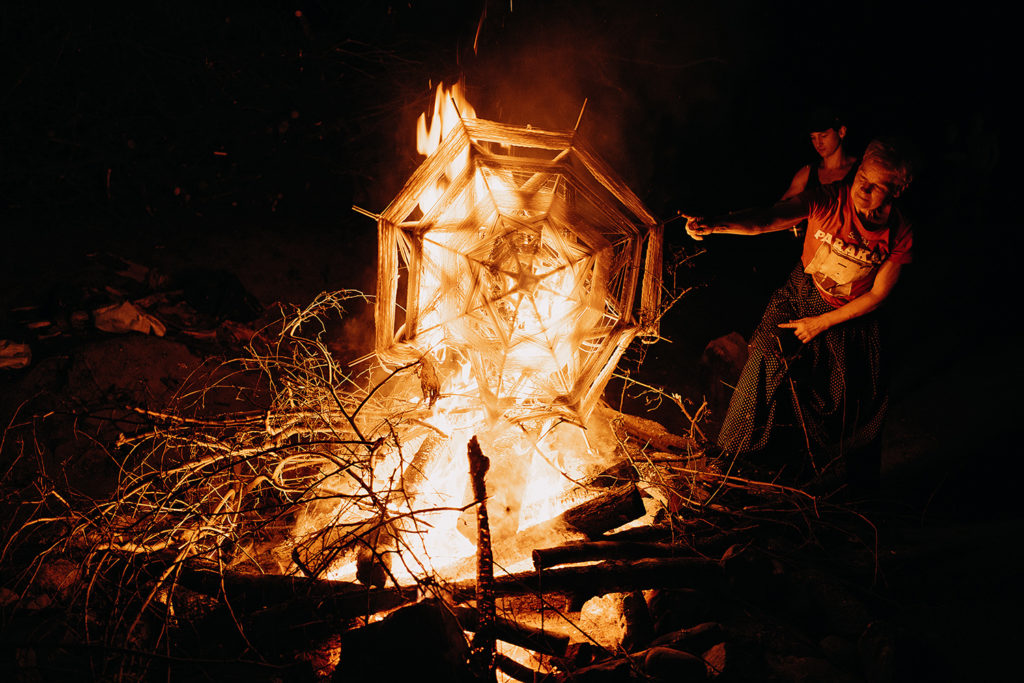 Not unlike traditionally in the past, the Joninės festivities take place on the shores of the Baltic, whose turbulent waters are a magical pagan source of energy. The inhabitants of the coastal village of Nida, nestled in the Curinga peninsula, fill the vast landscape of sand dunes with the sounds of folk music to celebrate nature and all living beings, while local artisan workshops display their products along the streets of the town. Kaunas, Lithuania’s second city and currently the European capital of culture, will reinvent the Joninės festival with a mix of modern performances and rituals during the Šančiai Festival. The celebrations will be hosted in an ancient santabarbara, now transformed into the P.A.R.A.K.A.S cultural center, where visitors will be invited to admire a surprising show of figurative art and to attend a performance with ice and fire.

An experience of immersion in midsummer nature

Many locals choose to celebrate Joninės in rural areas, surrounded by majestic forests and sparkling lakes, where you can find a more intimate connection with nature and mystical energy, away from noisy crowds.

One of the most popular options is the Gervių giesmė farm, a 5-hectare complex located in the center of the ancient Kazlų Rūda forest, built in the style of a traditional archaic village. The nearby Novaraistis Nature Reserve teems with all forms of life and cranes often circle the farm, catching the amazed gaze of its residents.

Those who want to feel at one with the earth and nature during the night of the summer solstice can choose to stay in an even more wild area and seek total solitude in the domes in the woods housed in the sand quarry of the village of Kuosinė, immersed in the dark canopy of the trees of the surrounding forests. Three glass domes built along the side of a hill offer the opportunity to admire the vast panoramas of nature which, centuries ago, inspired pagan cults. 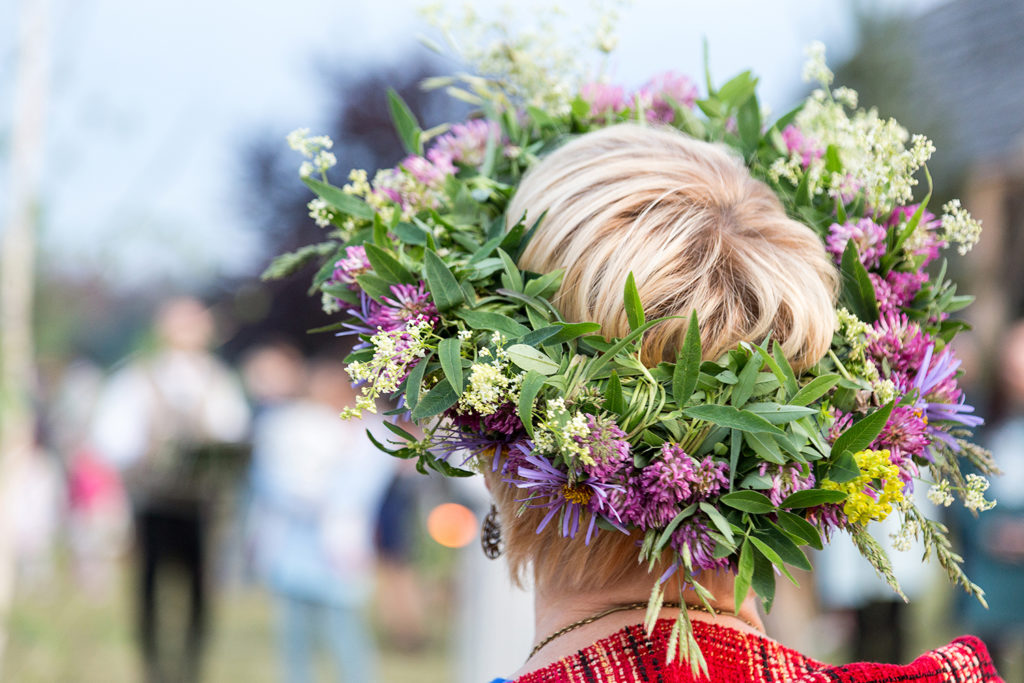 At the same time, modern travelers don’t have to travel far to learn about Lithuania’s remote past, as the island of Obuolių sala (also known as Apple Island) takes them back to a time when the dukes of the neighboring cities of Molėtai and Utena they gathered here to worship the divine power of the sun under hundreds of blossoming apple trees. Meanwhile, to rest from the long night of festivities, tourists can enjoy a refreshing midnight swim in the crystal clear waters of Lake Vištytis at the Pušelė campsite.