After an inaugural exhibition at the Brooklyn Museum in New York, JR: Chronicles moves to the Saatchi Gallery in London from June 4th to October 3rd 2021.

Over the past two decades, JR has expanded the meaning of public art through his ambitious projects that give visibility and agency to a broad spectrum of people around the world. Showcasing murals, photographs, videos, films, and archival materials, JR: Chronicles is his largest solo museum exhibition to date in the UK. 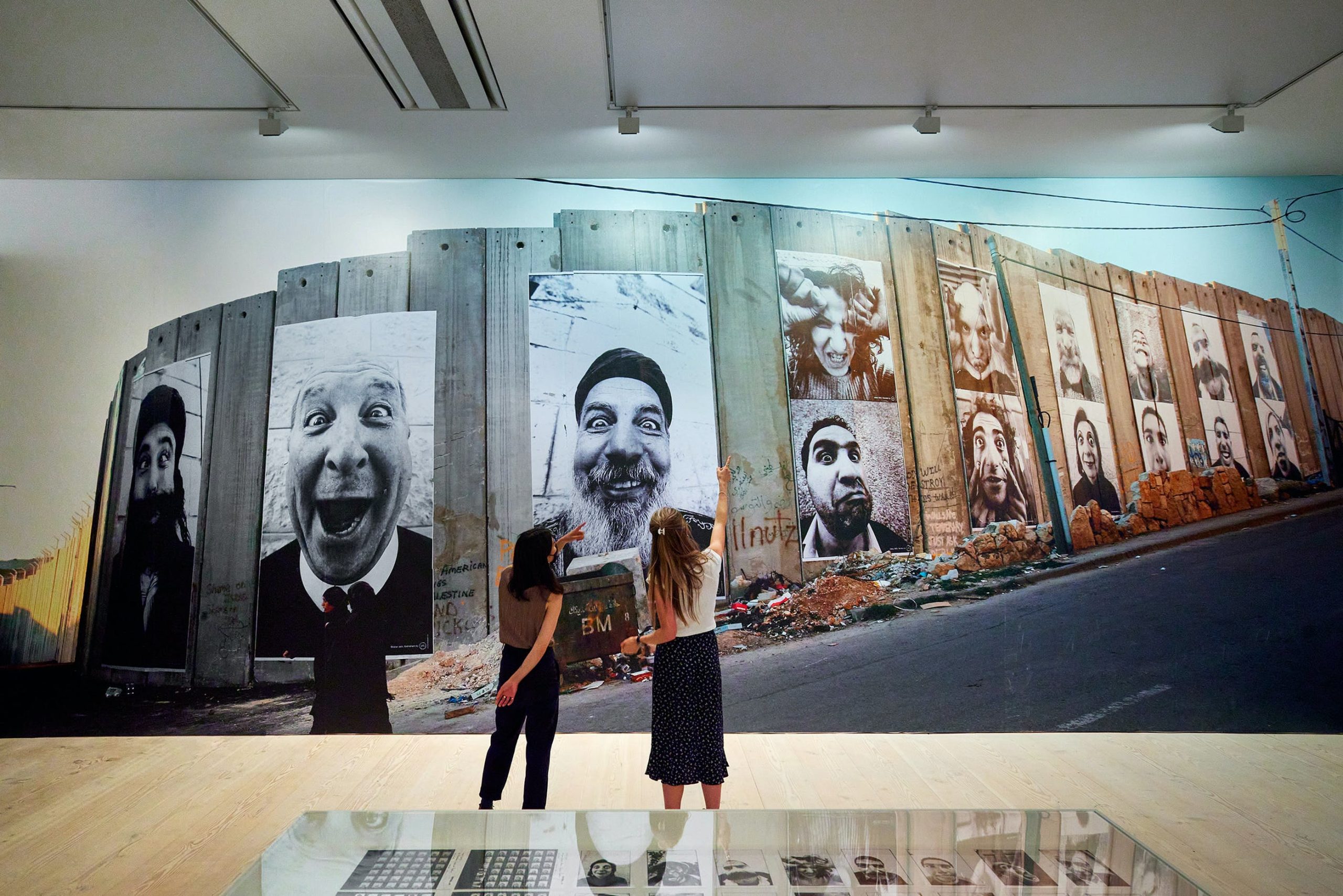 Inaugurated the same day and on view until July 3rd 2021 at Pace Gallery, JR : Eye to the Wold brings together artworks from several significant bodies of work, and explores JR’s unique view of humanity as he transcends borders, politics, and cultural identity through the camera lens.

JR’s practice is rooted in his deep commitment to collaborating with individuals and communities alike. His work is characterized by large-scale photographic interventions in urban environments that address cultural and political issues, often with an emphasis on social justice. In parallel, Pace in New York will also display work from JR’s recent project in Tehachapi, California. 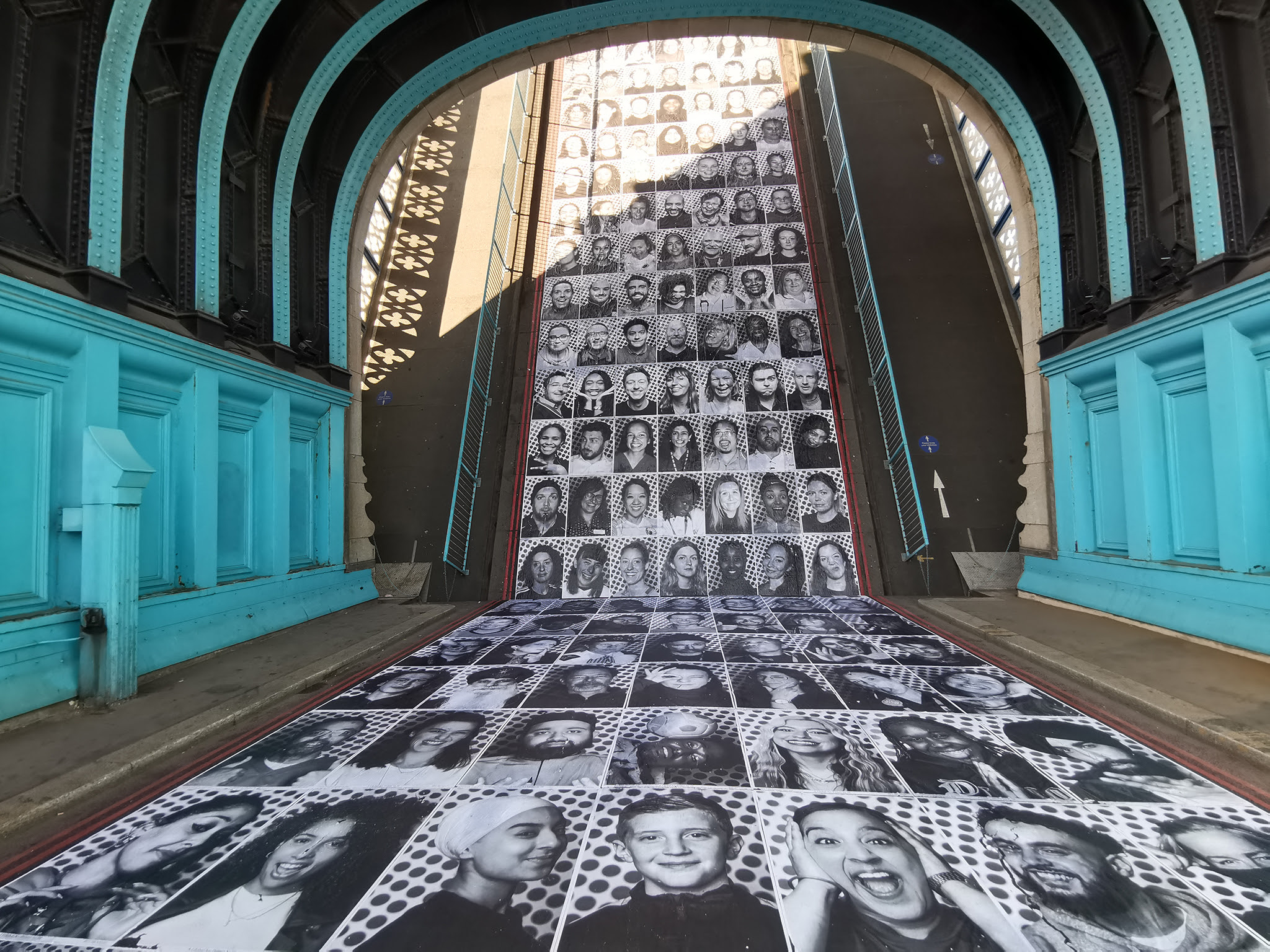 Simultaneously, JR’s Inside Out Photobooth truck is hitting the streets of London to transform the city with thousands of photographs of Londoners for a unique celebration of the UEFA EURO 2020, showcasing the ability of football to bring people together.

Started on June 13th with a spectacular installation of over 1000 portraits on the Tower Bridge, the Inside Out Photobooth truck will visit five locations across the city to invite Londoners working or living close by to have their photo taken and pasted on pavements, roads and buildings. 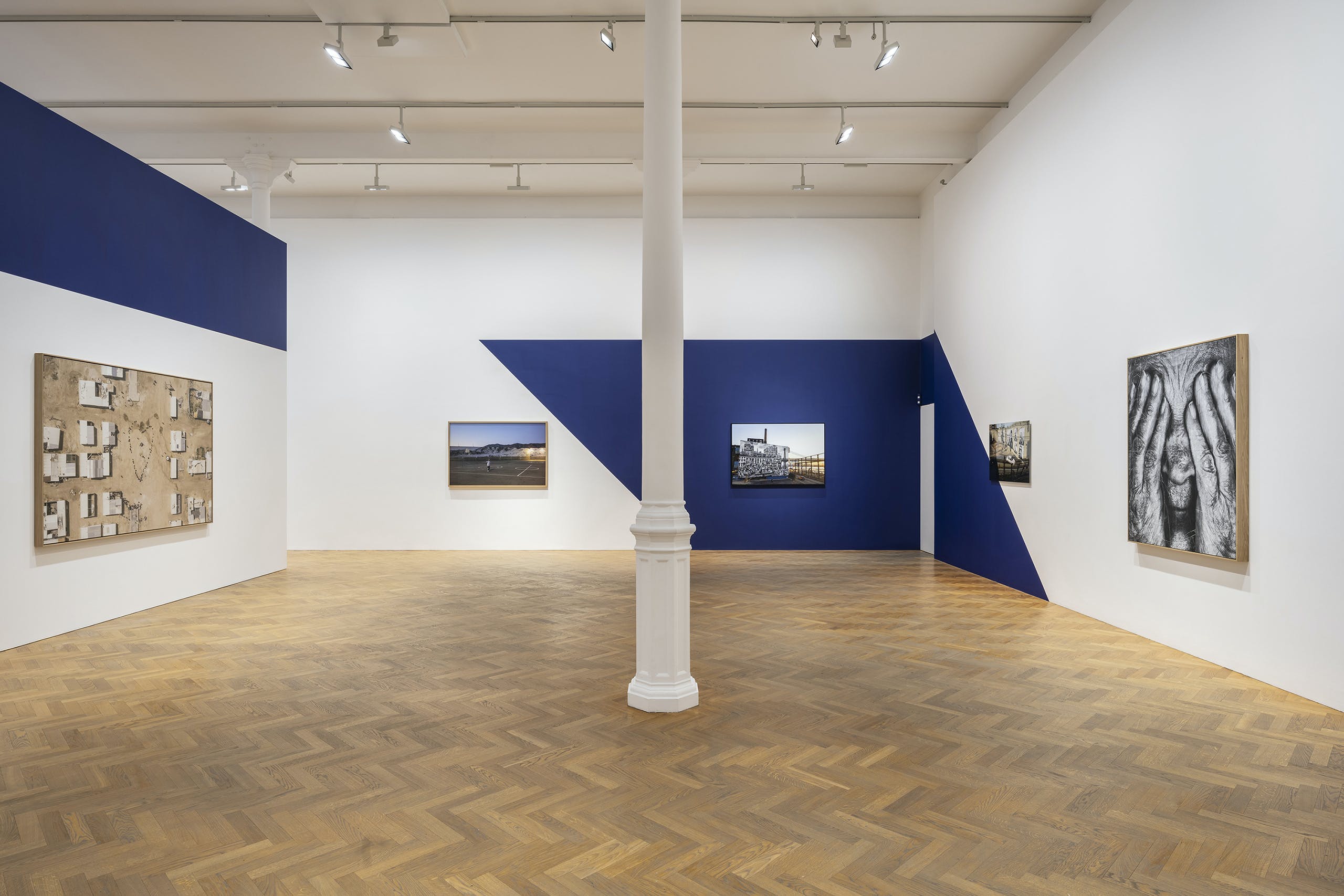 The project will go on to reimagine Granary Square in King’s Cross, the Bernie Grant Arts Centre in Tottenham, Lewisham Town Hall in Catford and in the Royal Docks on the Royal Victoria Dock and surrounding footpath. 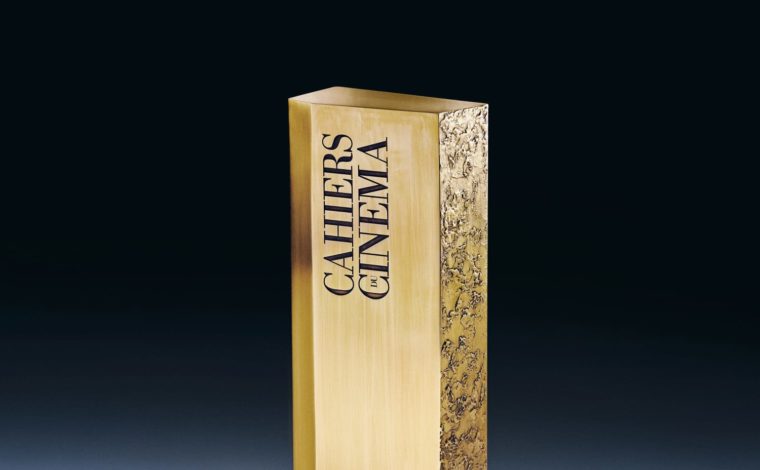