With its uniquely immersive atmosphere, the exhibition brings together a number of Hirst’s bodies of work 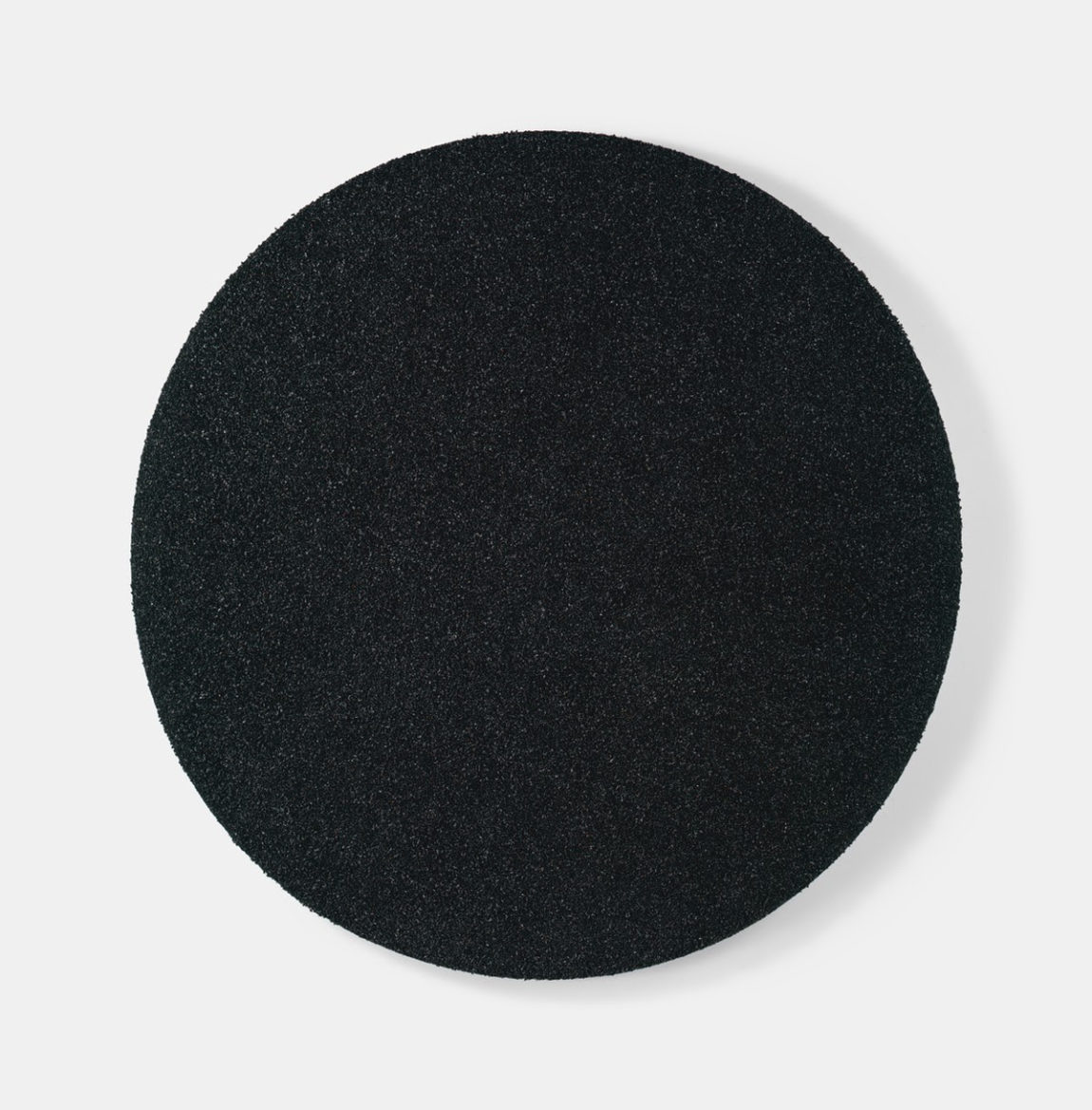 For this new iteration, the artist has clad the interior of the gallery in black butterfly-patterned wallpaper that reproduces the kaleidoscopic surface of his painting Valley of Death (2010). With its uniquely immersive atmosphere, the exhibition brings together a number of Hirst’s bodies of work, prompting reflections on themes of darkness and death, the past and the future.

I always say [my work is] about life, but I don’t know, I suppose it does dwell on the dark side.
—Damien Hirst

Hirst’s Relics are memento mori: cast in bronze, they depict corpses, skeletons, and mummies in meticulous detail. Juxtaposing morbid realism with fantastical sources of inspiration, these bodies frozen in time emphasize the artist’s deft combinations of art, science, history, and religion. A suite of metallic Meteorites of various sizes continues Hirst’s engagement with the concept of the simulacrum and plays into the long-standing human fascination with outer space. 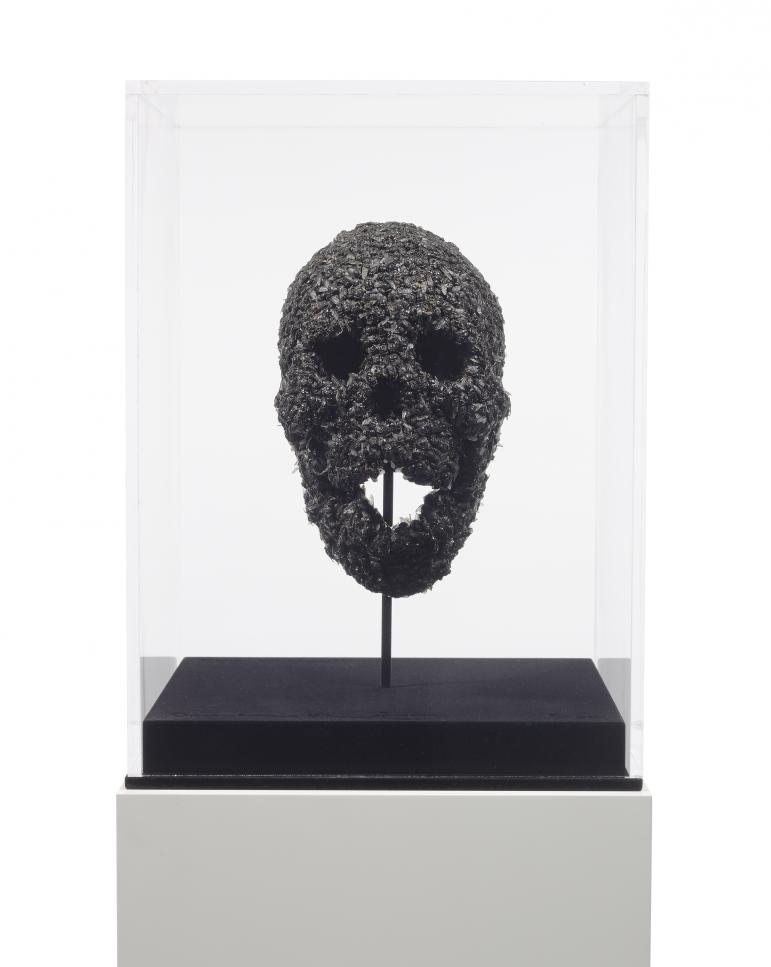 The monumental sculpture The Martyr – Saint Bartholomew (2019) follows the historical tradition of depicting its subject flayed alive as an écorché figure study, balancing biblical devotion with a similar reverence for the human body. While Hirst’s sculpture is a nod to this centuries-old artistic practice, the holy man’s solid stance and gleaming figure are also reminiscent of a robot or a modern anatomical model.

Hirst incorporated real insects into his Fly Paintings, mining their myriad symbolic associations with cycles of life and the fear of death. Like much of his oeuvre, these paintings revel in startling dichotomies while harking back to various formal precedents; subjecting organic matter to the strictures of geometry, they evoke Kazimir Malevich’s Black Square (1915) and Richard Serra’s black paintstick drawings, among many other references. The Fly Paintings offer a hauntingly detached perspective on human existence that is at once microscopic and macrocosmic in its purview.