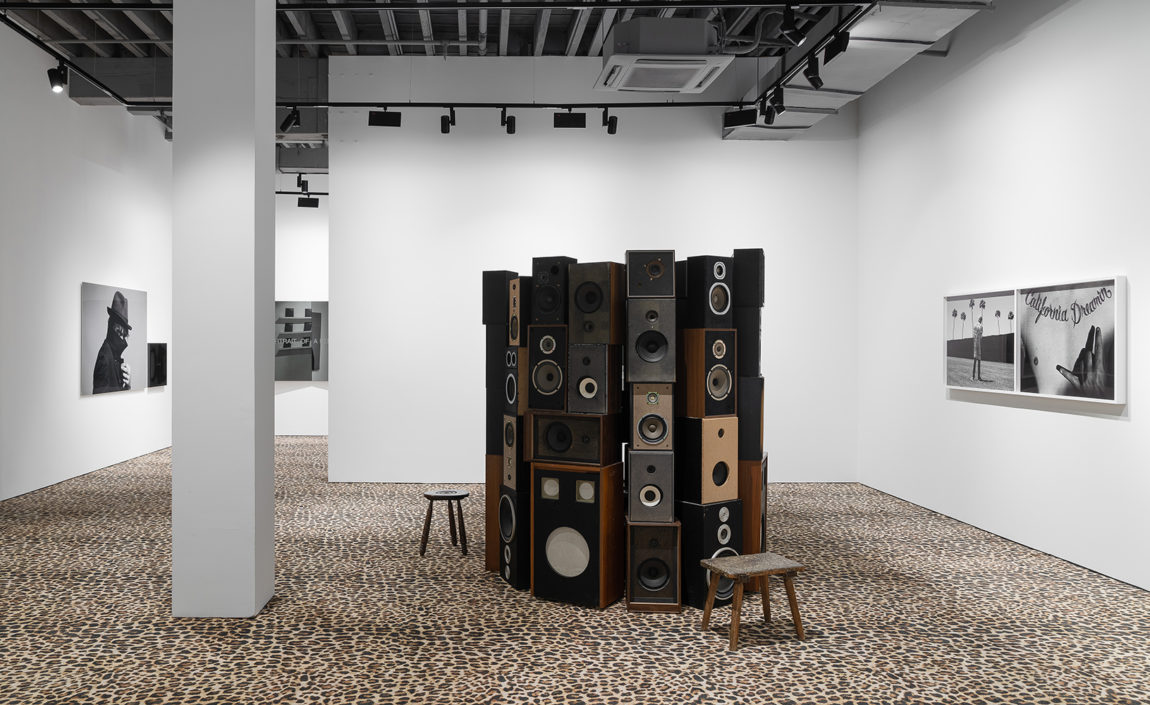 Almine Rech Shanghai  present ‘Sun of Sound’ by acclaimed French multi-disciplinary artist, photographer, and fashion designer Hedi Slimane, the fifth solo exhibition of Slimane’s work at Almine Rech since 2004, and his first exhibition in China. ‘Sun of Sound’ also marks the artist’s first solo exhibition since ‘Sonic’, a presentation at the Fondation Pierre Bergé-Yves Saint Laurent in Paris (2014). The exhibition will be on view from Mar 19 to Apr 30, 2021. 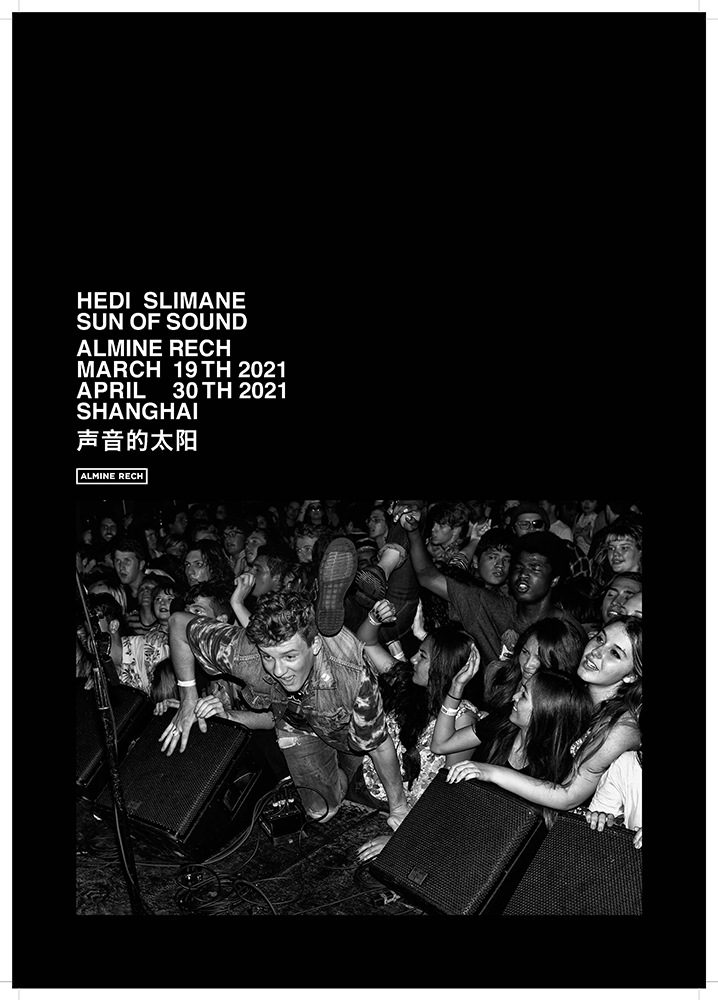 Hedi Slimane is an artist of creative agility, whose photographic visions are nothing if not direct and intimate. The scenes he captures vibrate with intensity, but while the aura is edgy, his style envelops the elegance and drama of classic black-and-white photography. Since he began exploring photography at the age of 11, Slimane’s preference has always been for black and white and, more essentially, his interest lies in subjects that inhabit Cimmerian spaces in which the various individuals he observes are comfortable exploring themselves in the privacy of their own worlds and intimate social circles. These are worlds in which Paris-born Slimane is very much at home; his photographs emanate a sense of presence, and a process of observing that hews to intuition rather than premeditation. 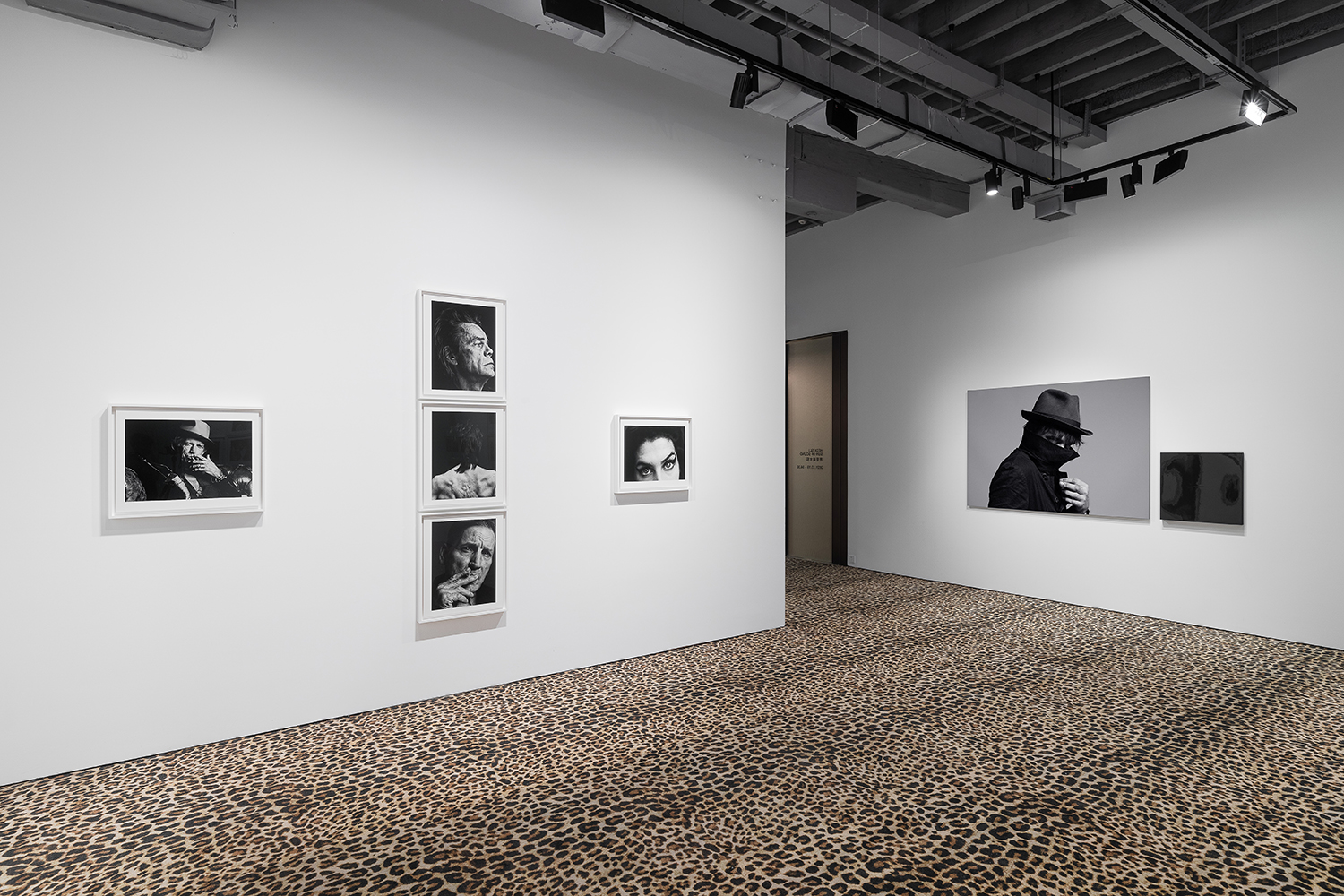 For many, Slimane’s talent is most readily associated with the arena of high fashion, but his forte has always been photography. His subjects are various but core concerns draw him to the street and into the night, to youth culture, dive bars, live music, and to performers young and old, but mostly young. It’s not just any music that fascinates. Slimane has an ear, and an eye, for the raw exhilaration of the alternative scene and its nascent stars – aspiring stars who, by the very fact of being photographed by Slimane, are catapulted into the limelight. British journalist Alex Needham describes the moments Slimane captures in his photographs as showing “young fans in that golden period when the band they love is still a secret to the wider world, and a concert is a shared celebration between performers and audience.” 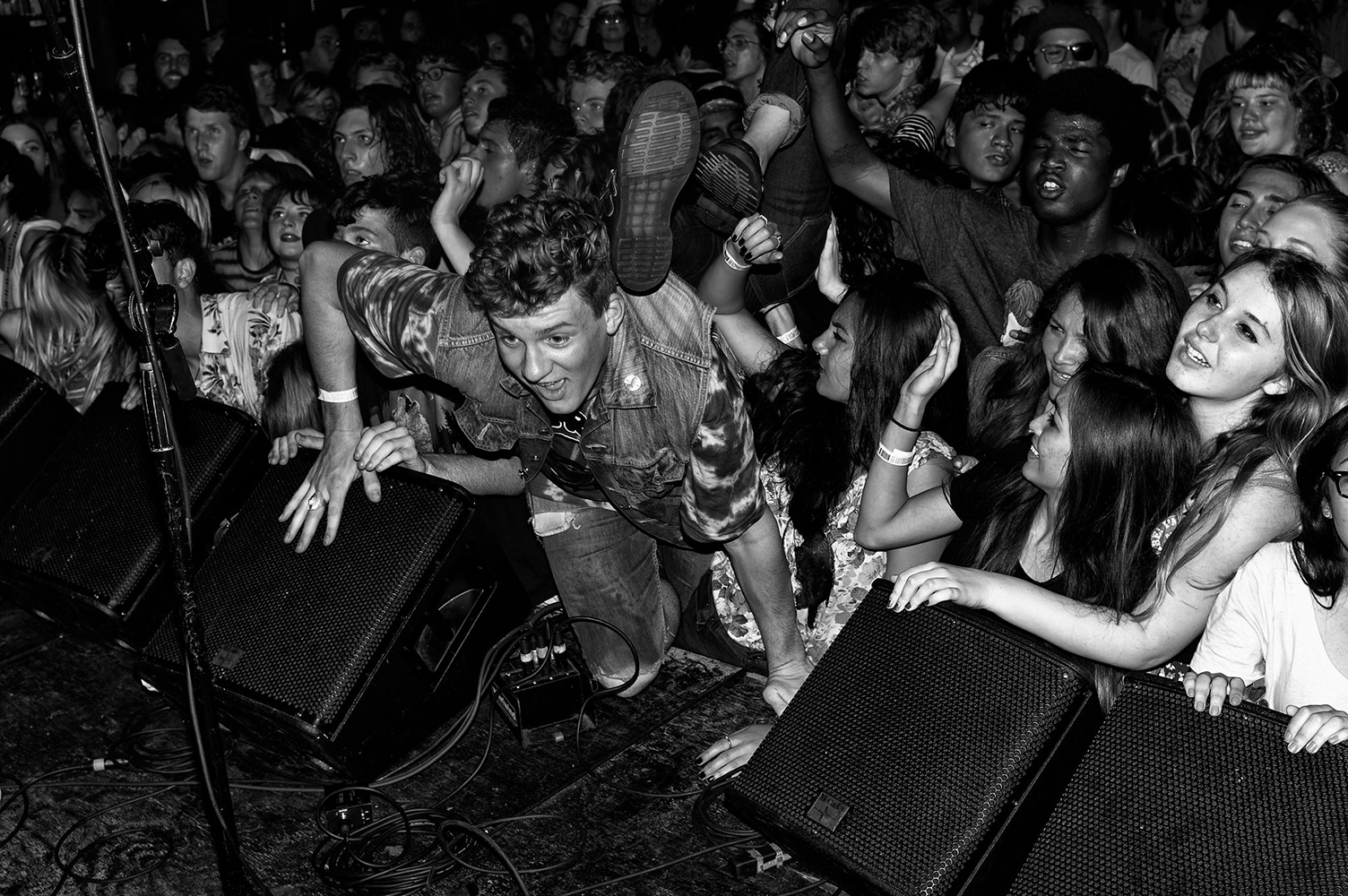 There is something in Slimane’s stark black-and-white style that embodies the phrase “secrets to the wider world”. It’s not that there is a conscious intent to conceal anything that you can put your finger on, but it’s there in the air of understanding that enjoins Slimane and his subjects. Far from shutting us as viewers out, this sense of presence and connection sucks us in. Staring at Slimane’s photographs, as your eye roves the dark space in which he had obviously immersed himself, the density of a crowd, and the exuberant faces of performers and fans, delivers a thrill. A sensation well described by British writer and music-maker, George the Poet, who said “Making music is like dreaming aloud.” 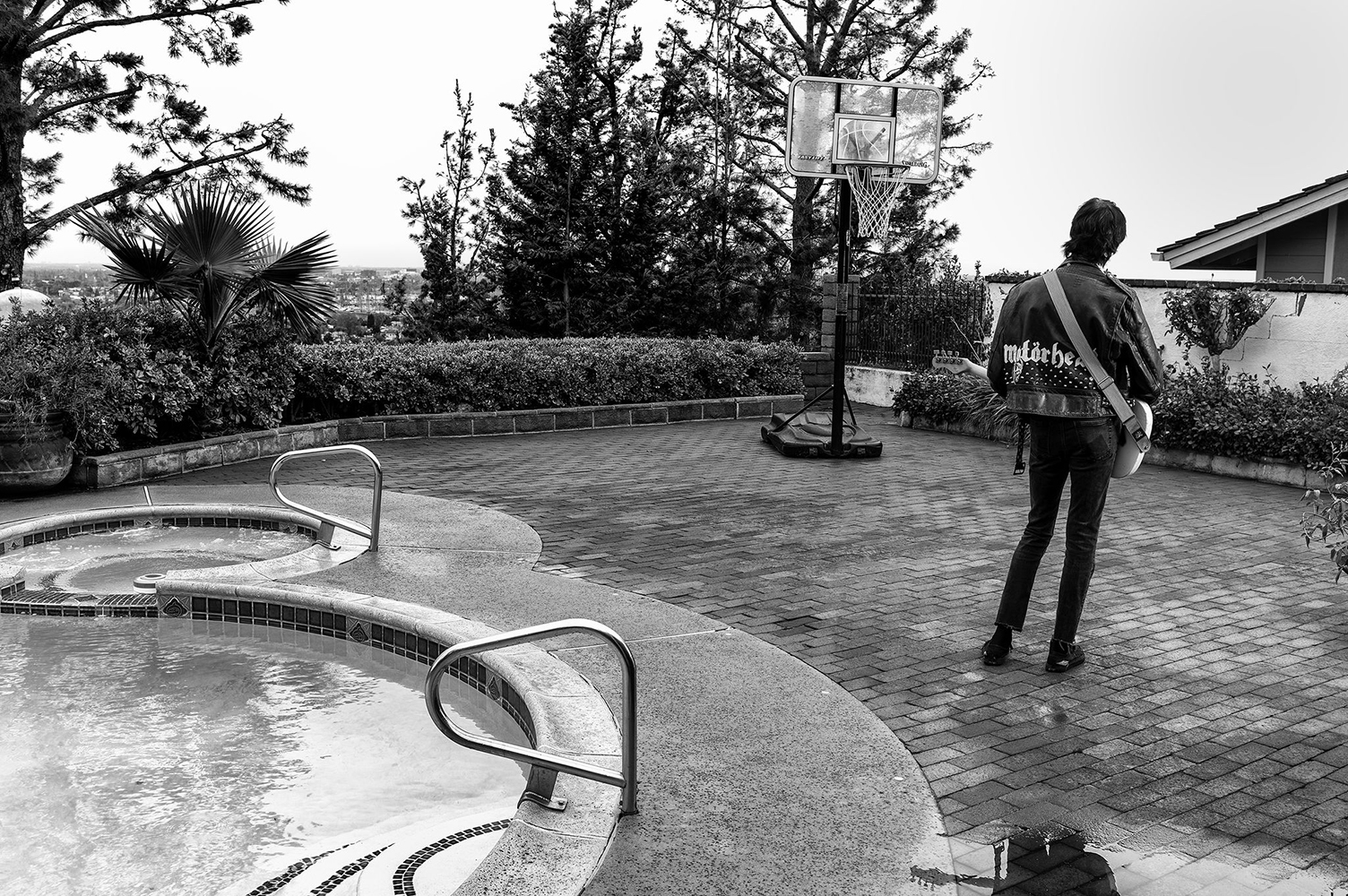 There are stylistic parallels in the history of photography and that can be drawn with Slimane’s oeuvre which, like numerous of his iconic images, are part of the collective unconscious of the creative milieu; instantly recognisable, the subjects immortalised through shadow and light. Slimane’s frames extend the gravitas of the best photographers of rock-and-roll – British photographer Mick Rock who captured Glam Rock in the early 1970s; Kevin Cummins who made icons of the band Joy Division and its frontman Ian Cur- tis; American/Seattle-based photographer Charles Peterson doing Grunge (birth of) who did for Kurt Cobain what Slimane did for British singer, Pete Doherty, former frontman of the Libertines, in creating portraits which immortalised the singer. The key here is that Slimane’s focus extends beyond the obvious faces of the stars to the crowds, the fans, to people igniting street culture, and beyond to a range of details, objects, and paraphernalia, more reminiscent of the 20th century giant Robert Frank. Music, the scene that surrounds it, is integral. “Music has a sense of freedom that continues to inspire me,” Slimane says. “I have never found anything else that has the same capacity to impact on popular culture.” 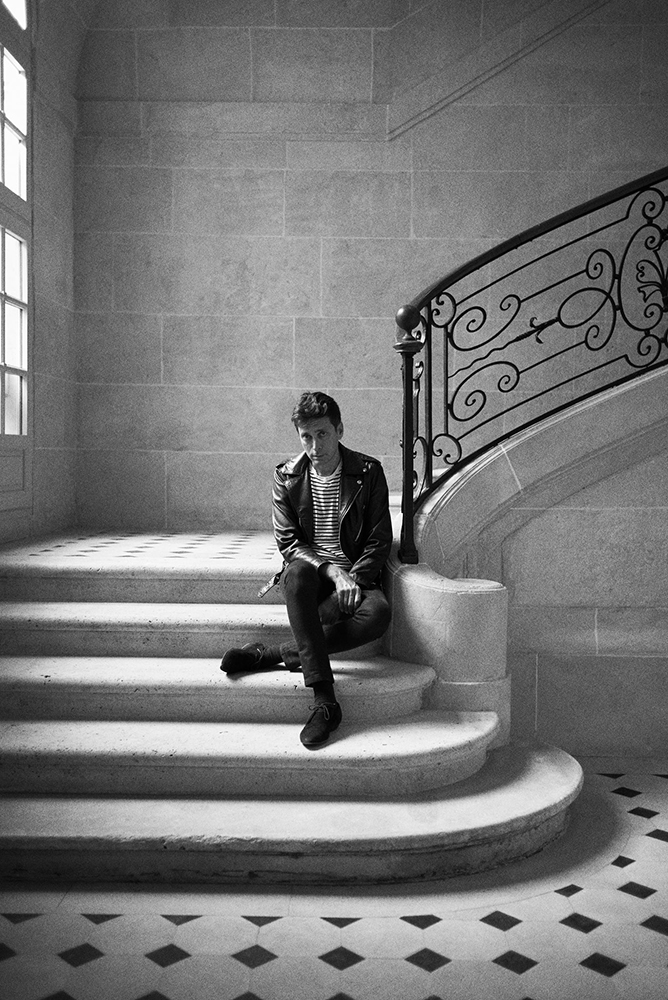 As mentioned, beyond the music, it’s about the things and attitudes that music, like youth culture, embraces. Slimane’s juxtaposition of intimacy and glamour, direct gazes and snatched details, of bodies special and ordinary, of proximity and distance, mirrors the way we generally look as we gaze out at the word. Our eyes seek the familiar. We pause or stumble confused and excited by what appears most unfamiliar, though ultimately settling where our natural interests and comfort zones lie. In Slimane’s case, how rich this world is. The sense that he is driven both by awe and admiration, and by naked curiosity ema- nates from the personal photographic diary posted on Slimane’s website www. hedislimane.com. The collection of images shown here takes you on a journey into his life where you see what he sees. There’s lots of beauty, lots of action, and interaction, in which the overwhelming experience is the honesty of the pictures. The photographs describe what Slimane’s in to, what makes him tick, and what gets him excited; ultimately his respect for those who know how to live life freely. Beginning in 2006, the diary hops from London to Paris to LA, from skateboarders to performers to clubbers; from the “residents” of half a dozen dive bars to parties and shoots for fashion; faces, expressions natural and uninhibited. From front stage to behind the scenes, what’s remarkable is that the people Slimane photographs are so comfortably ordinary, so normal; so real. You feel right at home, even among the stars. “I like a ‘simple’ photograph,” he says, “one that does not pretend to be anything other than a captured moment in someone’s life.” 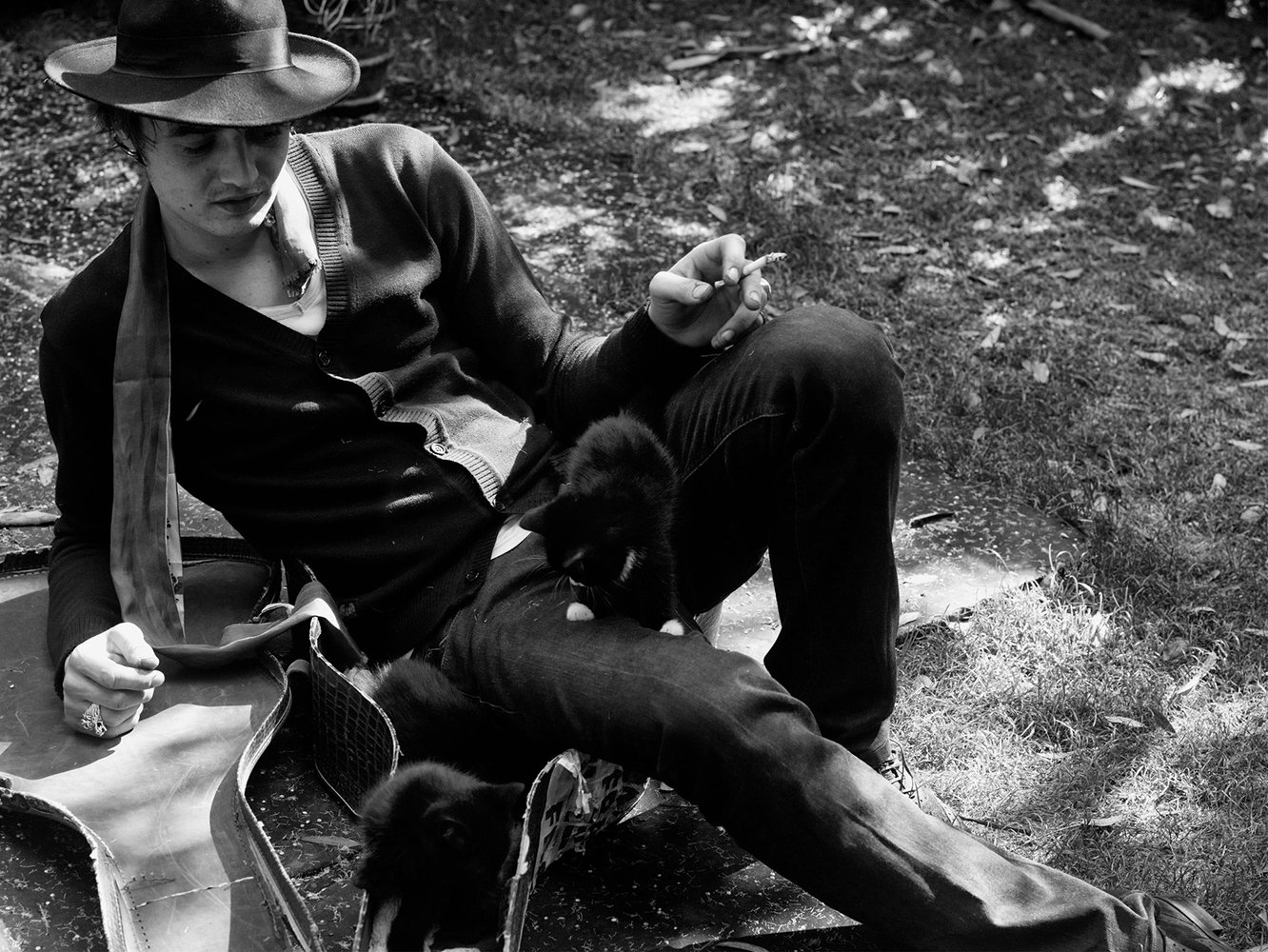 Across time and cultural discourse, we try to peg the scenes to their moment as much as to the faces and their expressions. For example, the juxtaposition of PETE, UNTITLED, the portrait of a covert Pete Doherty in 2007, with his dirty fingernails and dangerous habits, with Doherty in 2009, posed in a park like a busker on a break, with kittens in a shower of dappled sunlight, the ensemble very sur l’herbe. We look for clues, for meaning, for stories. But while it is in the nature of looking to want a simple meaning or answer, if Slimane’s photographs tell us anything at all, it is more truly what he was thinking and feeling at these profoundly sensitive moments in his life.