As a limited edition of just 12 pieces, the J12 X-RAY watch initiates a new era in the history of colour. 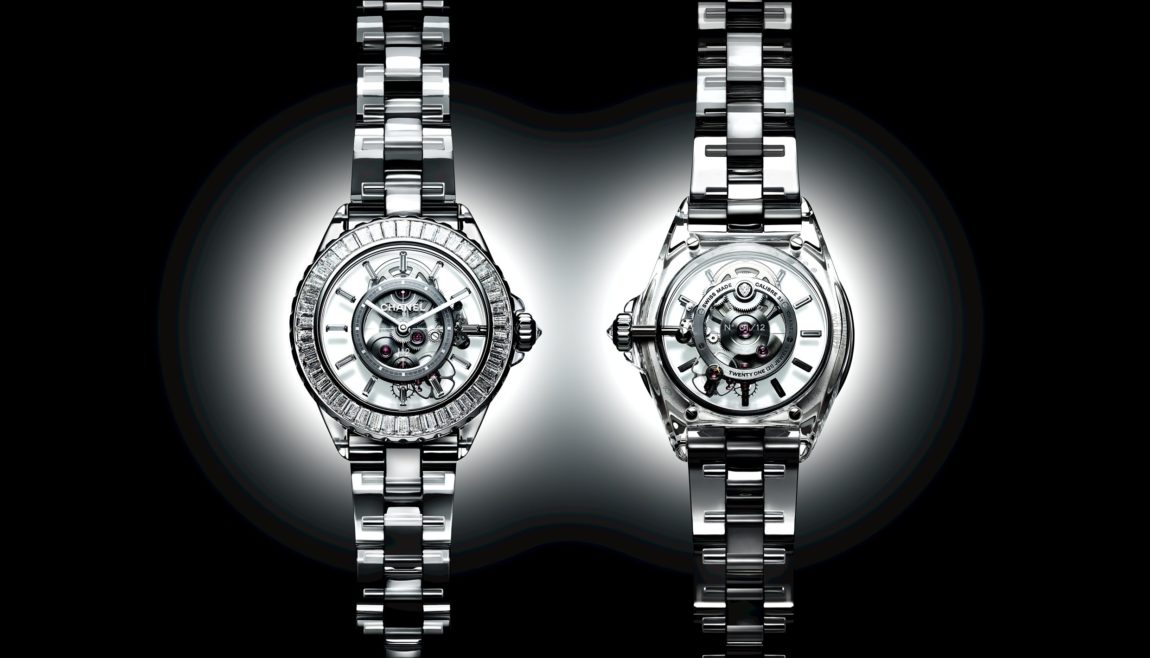 In the year 2000, the J12 watch sent shockwaves through the world of watchmaking.

Swathed in black ceramic, then reimagined in white in 2003, the J12 transformed a high resistance substance into a precious material, all while definitively securing black and white as watchmaking codes. The first icon of 21st century watchmaking was met with immediate success.

In 2020, the J12 celebrates its 20th anniversary and won’t let anyone dare say this isn’t the best time of life. Without forgetting its past, the J12 frees itself of the colour codes that have been its triumph. It goes through an x-ray.

It abolishes black, transcends white and goes beyond colour by choosing transparency. The new J12 X-RAY watch displays its watchmaking mastery in a unique sapphire case that allows us to admire the incandescent purity of its forms. 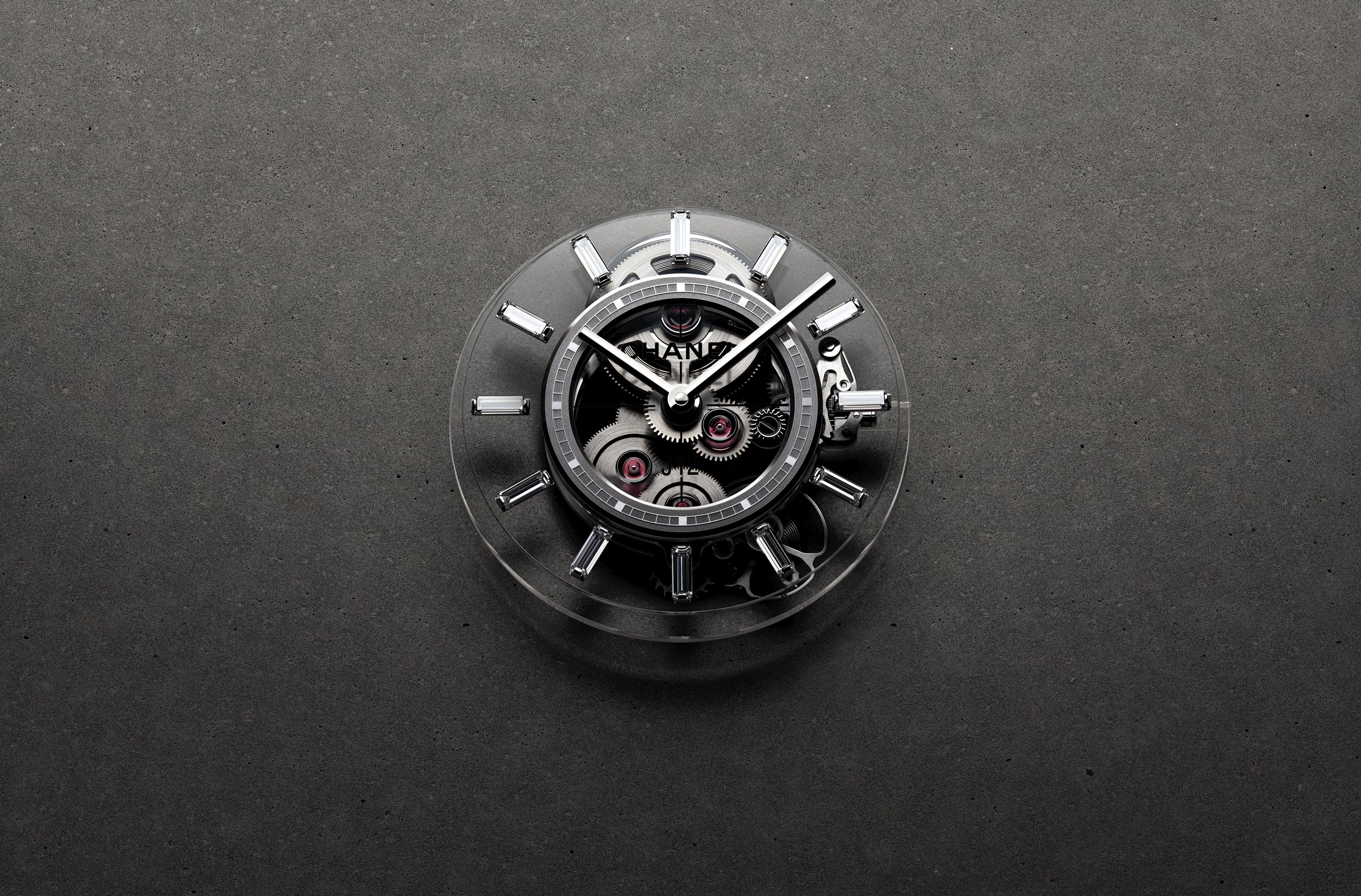 With a new movement that has been designed and assembled by the CHANEL Manufacture in Switzerland – the Caliber 3.1 – the J12 X-RAY is all about transparency. The plate, timer bridge and cog bridge are made of sapphire. They fade away to let the light in, revealing a delicately embroidered latticework of cogs. With each component rendered in a depth between 0.5mm to 1mm, the assembly of the movement requires the delicacy, patience and expertise of master watchmakers – taking an entire week to complete. 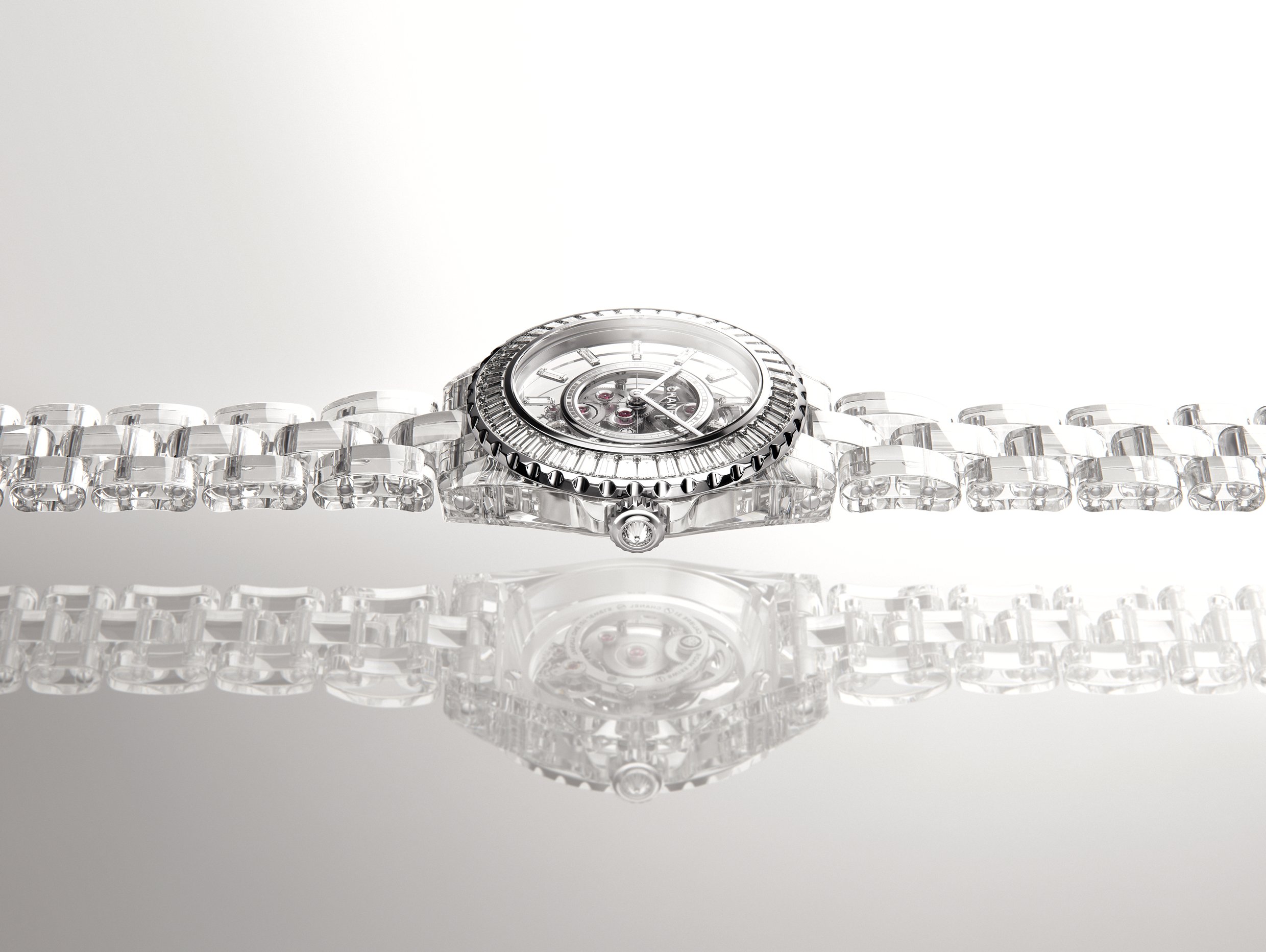 The dial is also cast in sapphire and set with baguette-cut diamond indicators, giving the illusion of 12 diamonds perfectly balanced in a state of suspension. For the first time in history, a watch is created with a strap composed of links cut from raw sapphires. A technical feat like no other. A world premiere.

Luminous, the bezel is paved with baguette-cut diamonds, weighing a total of 5.46 carats. The dazzling crown is topped with a diamond cabochon. The noble hands and set buckle are quite rightly, hewn from white gold.