slide
grid
You can use keyboard arrows for sliding.
1
90 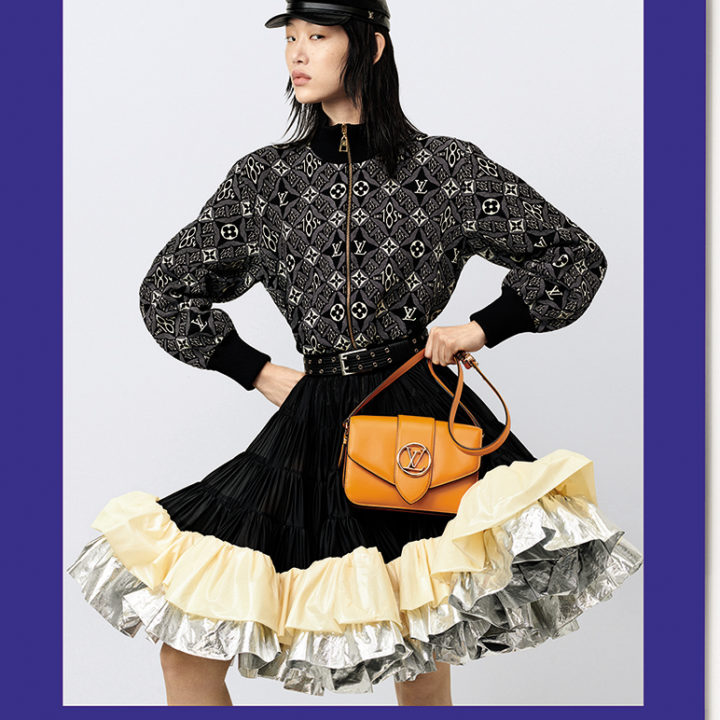 For the Cruise 2021 show, Maria Grazia Chiuri staged her collection with a striking spectacle in Lecce, Italy, a region close to her heart. Celebrating the magical beauty of arts and crafts, the show – which is being held behind closed doors – is illuminated by Marinella Senatore’s Luminarie, and set to the rhythms of a cathartic dance by the La Notte della Taranta Foundation, choreographed by Sharon Eyal; while the erudite music of Paolo Buonvino enchants these priceless rites anew. In a subtle tribute to local savoir-faire, Dior silhouettes bear the motto of the workshops at the Costantine Foundation – “Amando e Cantando*,” a virtuoso dialogue in the name of excellence. Echoing Christian Dior’s iconic Miss Dior dress from 1949, the artist Pietro Ruffo imagined a field with a constellation of wheat sheaves evoking a summer landscape. A narrative of untamed nature is transposed onto shirts and shorts. True treasures of refinement, dresses punctuated with flowers and butterflies adorn the Tombolo, a precious traditional embroidery perpetuated by Marilena Sparasci. These are emblems of Puglia’s rich heritage, a source of infinite inspiration.

A true celebration of Puglia’s traditional arts and crafts, the 2021 Cruise collection highlights the excellence of these priceless skills. From the art of weaving to Luminarie – dazzling illuminated architectures – and from the essential role of dance to the power of ritual music, the House of Dior actively supports this pluralistic and infinitely precious culture while paying homage to Nature and the region’s unique landscapes, as a land that has always been close to Maria Grazia Chiuri’s heart.

Because these many creative dialogues between Paris and Lecce began long before the health crisis and the confinement, it was essential for Dior to continue these collaborations, to support and showcase the virtuosity of these artisans and artists more than ever. So that the beauty of their gestures, emotion and poetry may endure.

Dior extends its sincere gratitude to the Archbishop of Lecce, S.E.R. Monsignor Michele Seccia, as well as the City of Lecce and its Mayor, Carlo Salvemini, for the great opportunity of holding this event in the Puglia region.