Gala is the muse of Salvador Dali and the singer of "Come into my life", it is surrealist art alongside the Renaissance 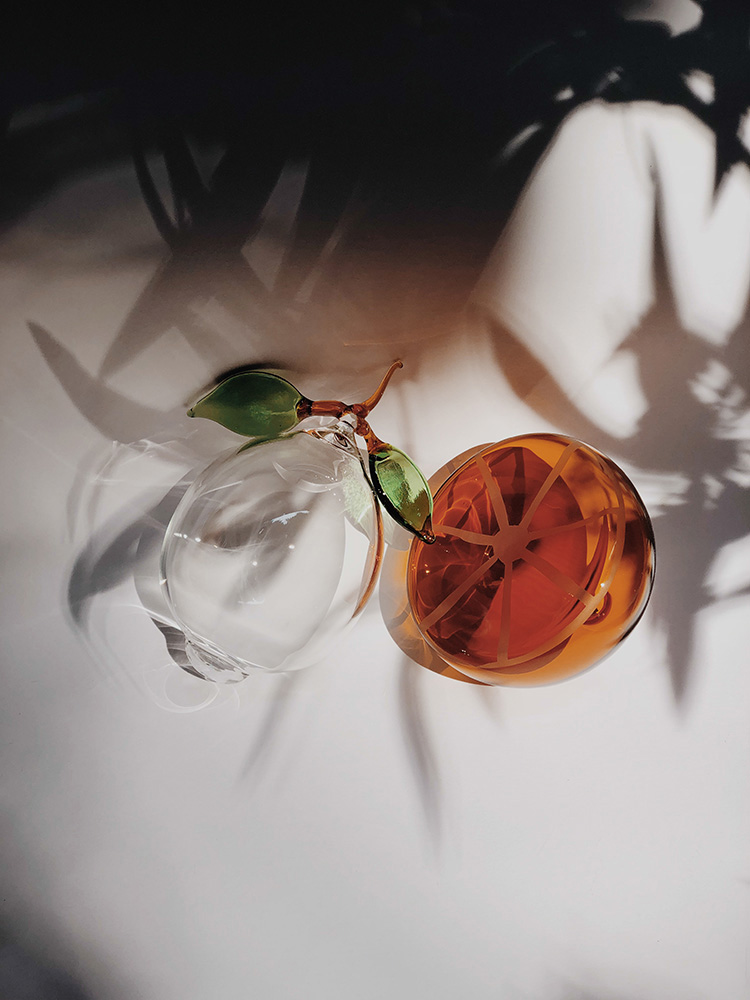 Gala is a brand dedicated to the fragility of beauty. To those who live in many facets but are not afraid to choose, to those who do not abandon dreams but defend them with determination. Gala is the muse of Salvador Dali and the singer of “Come into my life”, it is surrealist art alongside the Renaissance. Gala is the Greek term for white, light and purity but it is also an elegant evening or a bow-shaped ornament. Gala is a world of chromatic contrasts, of romantic and natural shapes merged with deco architectural geometries. Gala is a designer who loves to design with different materials but is also a brand whose jewels and furnishing accessories are small, inconstant ﬂashes of beauty. It is the details that no one notices that create the harmony of the whole, they are the balances of bright shades, the pages written in haste on thick diaries from which I hide ideas. These are the desires that must not be forgotten It is the details that become the protagonists: nature is interpreted and geometrized, color takes the foreground, each object is the narrator of a story that is also told thanks to the selection and collaboration with craftsmen, holders of a manual knowledge typical only of the Italian tradition.

SCRIGNI DI SOGNI DESIGNED AND PRODUCED FOR ACQUA DI PARMA IN 2019
Scrigni di sogni is a project that Gala conceived and proposed to the Acqua di Parma brand to show the protagonists of its main fragrances. Two glass bells protect glass jewels representing bergamot and orange. The lemon, the King, dominates the center on a spherical ball. The bottles contain blown ﬂowers of osmanthus and magnolia.  Each object was blown and worked by hand with pliers and pipes, tells the 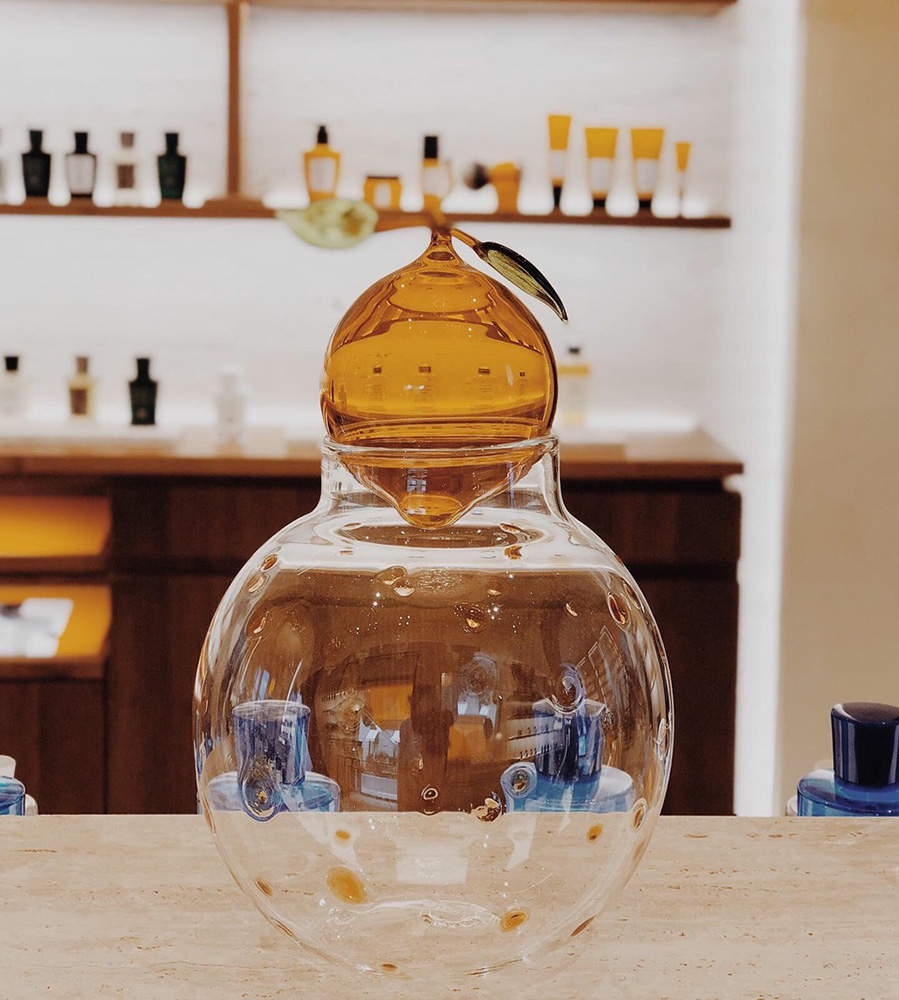 Pollock plates geometricise the desperate gestures of the artist: his action panting becomes clean, eliminated despair, the geometries remain. The polka dots on the plate merge with the dish. Each color of enamel used refers to the idea that colors are also needed at the table for various reasons. On the one hand the color is determined by classes of substances contained in vegetables and fruit, which confer many important nutritional qualities, on the other the colors of the foods contribute to determine their palatability as they transmit information and sensations that inﬂuence the liking of what we choose to eat. Then there are other aspects concerning the different energy that colors transmit to us. On the other hand, from a physical point of view, a different frequency and a different wavelength is connected to each 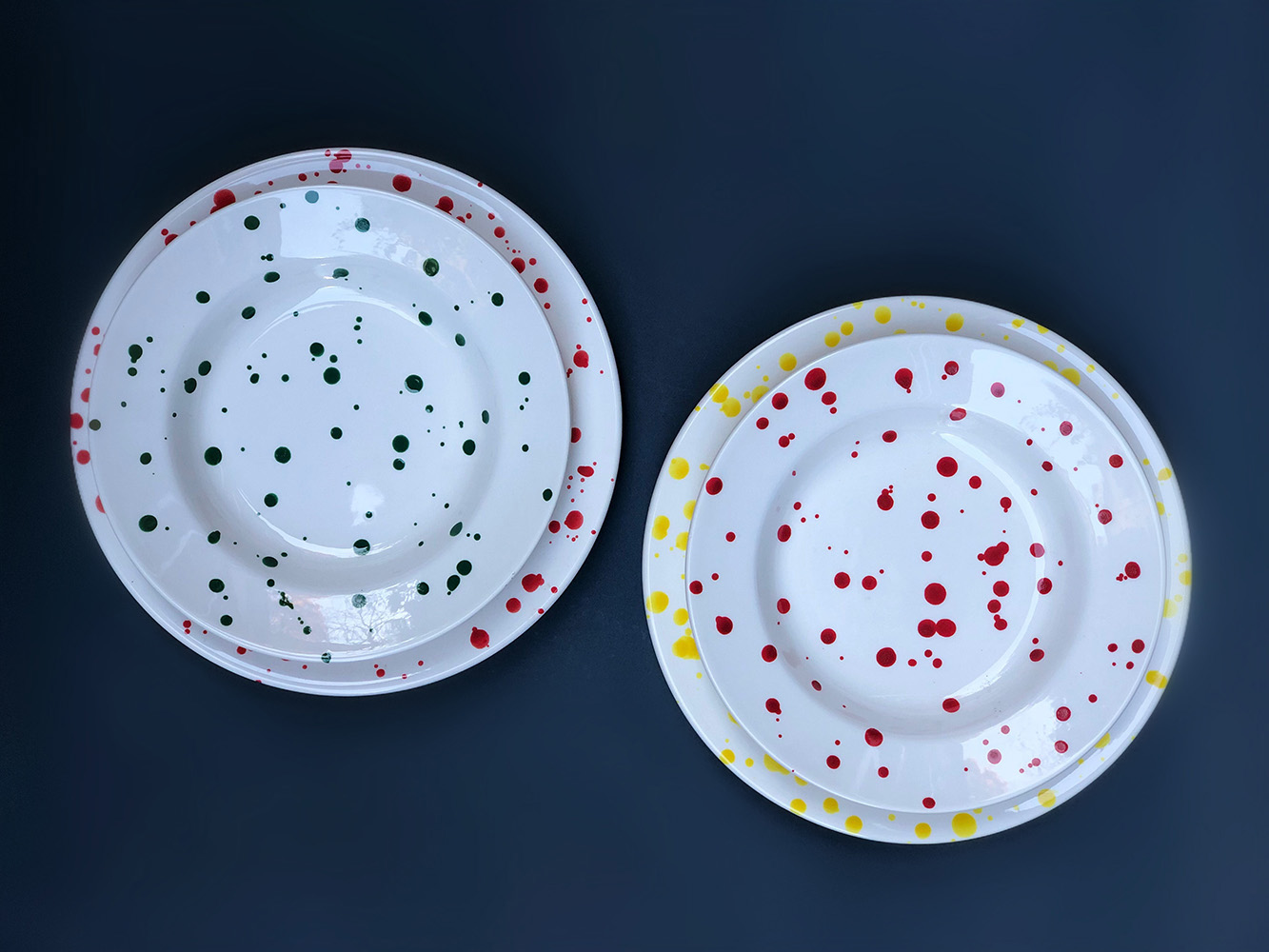 Clessidra is a marble vase that plays with time: marble is an eternal material par excellence, ﬂowers are par excellence the symbol of fugacity of the instant. The play of contrasts between shapes and colors creates an immediate contrast capable of creating balance. 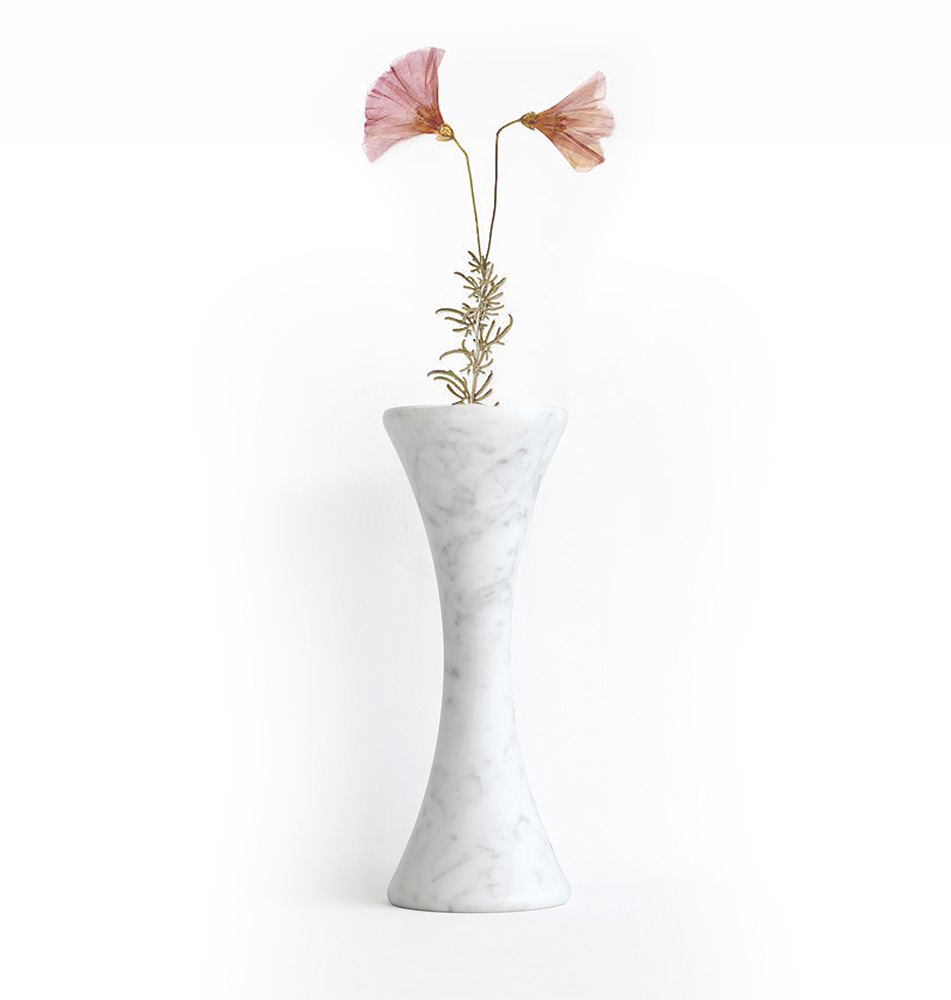 Nuvole is a vase inspired by lightness but also by the ability of the sky to change color and transform the colors of its elements. Designed in orange, dedicated to the day, and blue, dedicated to the night, the clouds vase can also become a lamp capable of emitting a different light according to the speciﬁc hours of the day. 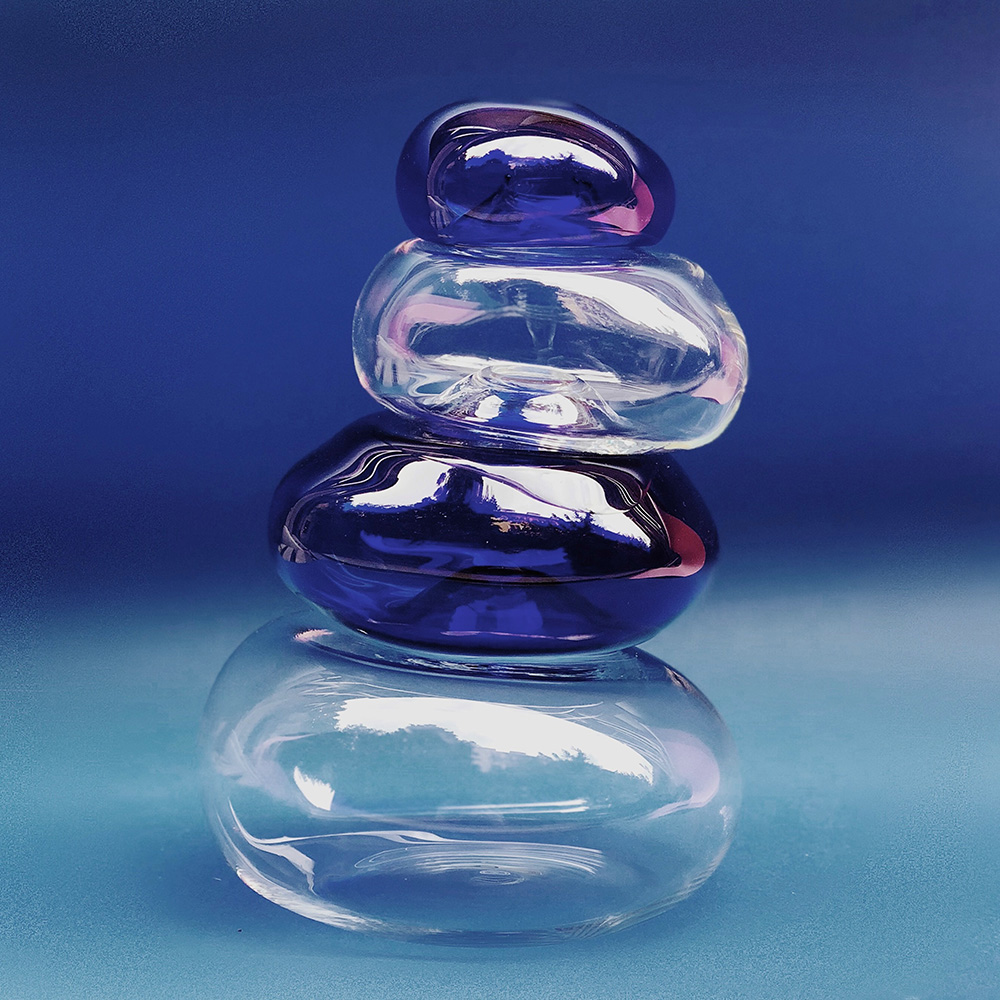 How does it feel when suspended? Who has never felt the sense of vertigo before diving, who has never had the impression of remaining in the air like a ﬂower? Suspended objects are changing like clouds, caterpillars are born and become butterﬂies, they hide their faces according to the moon phase, they rise up to the sky like red balloons escaped from the imprecise grasp of a child’s hand. Suspended objects have a past from which they move away, they are on the border line that leads them towards the future but they play to remain immobile in the present. They stand on tiptoe, in silence, without making noise or disturbing. Suspended objects come from different places, they are not united by their origin but by their condition: the instant before the dive, the arduous climb to reach the summit, the unresolved run for completeness. 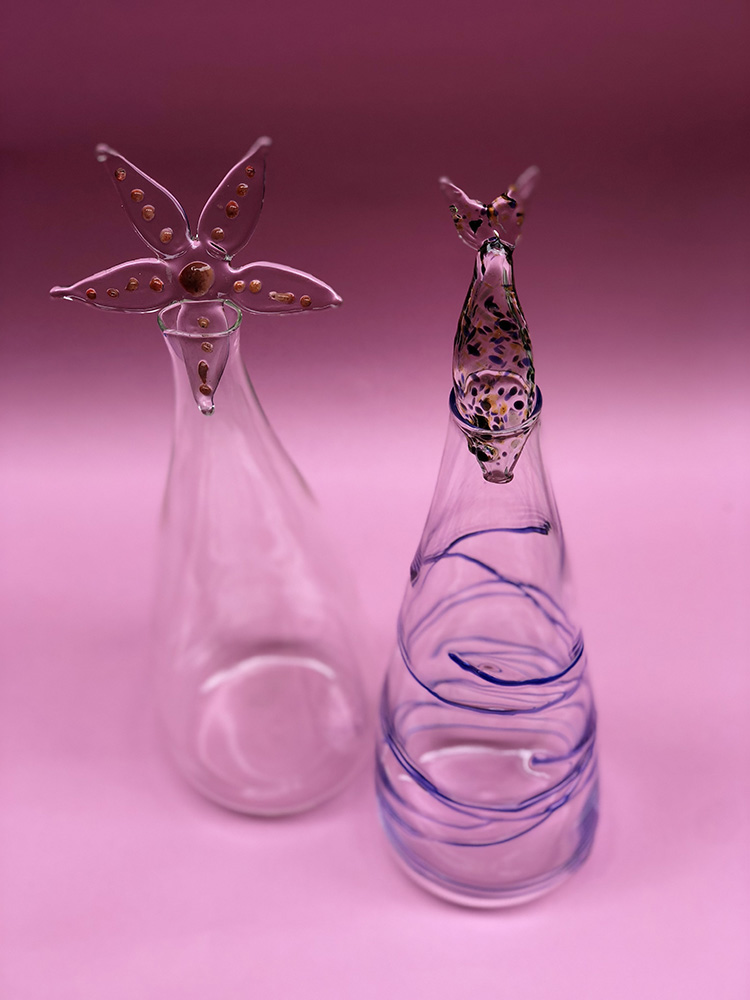 ALTAROMA SHOWCASE 2019
Gala is know for her jewelry projected as piece of wearable art. She is always inspired by artwork details that she transforms in jewels that allow all the women to feel like a masterpiece of art. Last year, during Altaroma, she was invited to show her collection to the press and buyers. Degas collection is a collection of jewelry inspired by the Degas dancers, the famous series of the Franch artist. 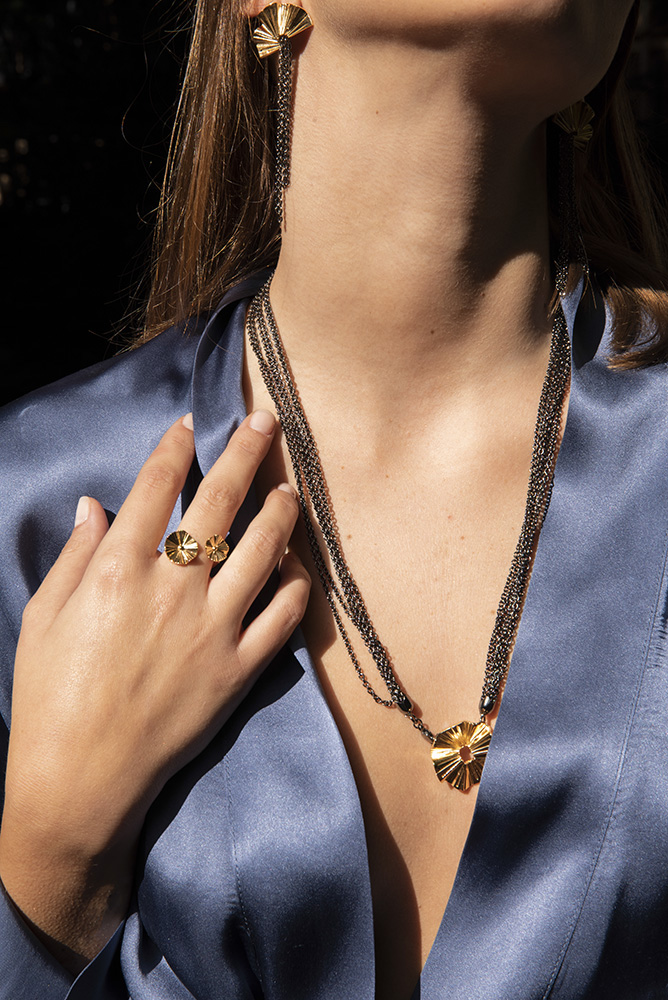 Brera collection is inspired by Pala di Brera of Piero della Francesca, the main symbol is the shell, a natural object that represents fertility. 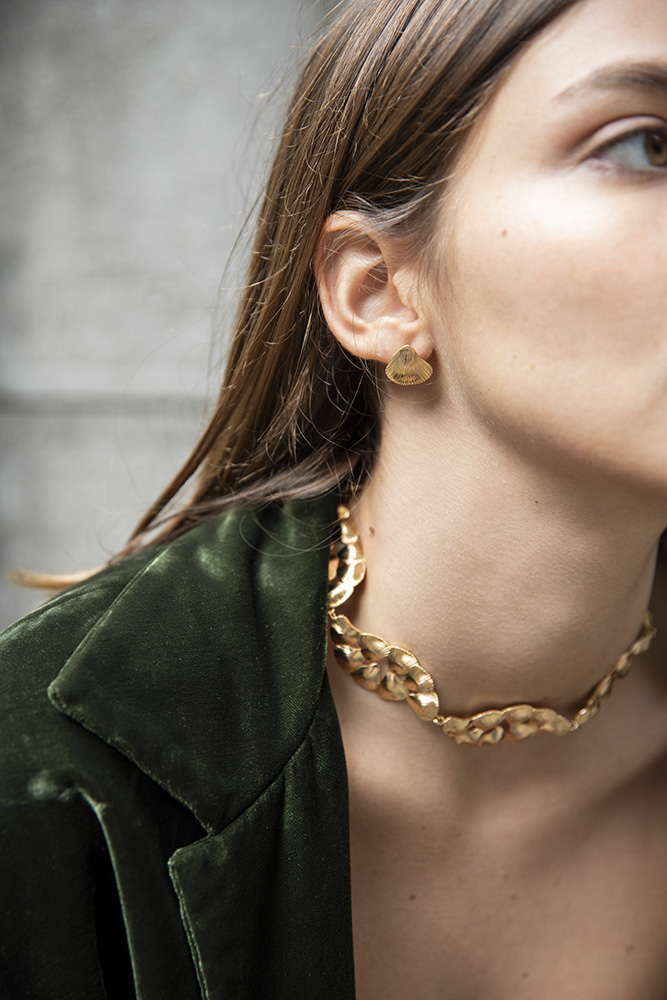