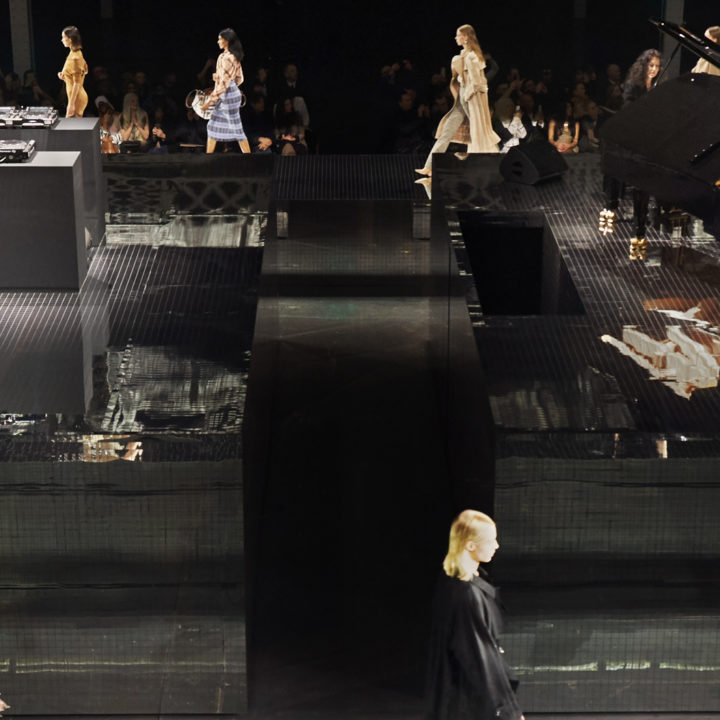 A joyful and multi-ethnic youth enhances the brand's SS20, in the background the English suburban scenarios.

JW Anderson launches his new ADV campaign for S / S 2020 in co-ed version, in the shots there are both men’s and women’s collections.
The new campaign, like the previous one, was signed by the American photographer and director Tyler Michelle and styled by Benjamin Bruno, longtime collaborator of Jonathan Anderson. Among the protagonists of the campaign, besides some models already present in the images of the last A / I, also the new faces resulting from a street casting created specifically for this project.
Mitchell signs a cool and easy-going frame series, perfect paradigms of the new industry levers and of the features promoted by JW Anderson with his playful aesthetic. A gigantic tricycle, jump ropes and trampolines have replaced, in the new images, the stilts of last season as symbols of spiritual elevation and empowerment. A joyful and multi-ethnic youth enhances the brand’s SS20, in the background the English suburban scenarios.

check also: Behind the scenes of Burberry SS20 campaign