slide
grid
You can use keyboard arrows for sliding.
1
10 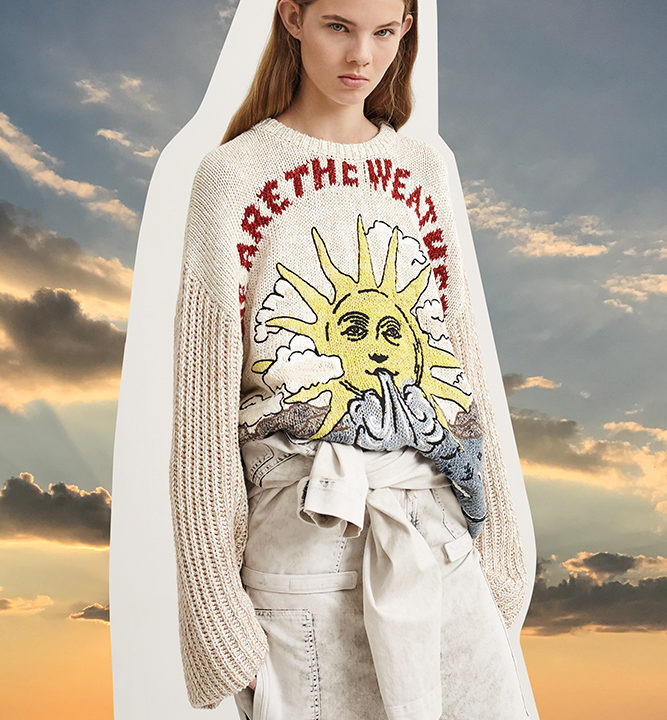 Stella McCartney “We Are the Weather”

This advertising campaign reflects on Dior’s past and future in a cool, timeless way.

Dior unveils the advertising campaign for the summer 2020 men’s collection by Kim Jones. Lensed by Steven Meisel, the images capture the silhouettes and accessories designed by the artistic director in collaboration with Daniel Arsham, the american artist who also conceived the show’s scenography based on the works in his future relics series.

“This advertising campaign reflects on Dior’s past and future in a cool, timeless way,” Kim Jones, artistic director of Dior menswear.

In the images, an eroded sculpture in stainless steel and pierced quartz crystal made by the so-called “archaeologist of the future”, based on delorean , the legendary time-traveling car from the back to the future trilogy, plays sidekick to the creations of kim jones combining dior codes and heritage with the present.

They include lily of the valley – the lucky-charm bloom of the founding couturier – as well as the Dior oblique canvas, designed by marc bohan in 1967. like an indelible signature with its vibrant and iridescent shades, the graphic pattern emblazons an ensemble of exclusive designs made with the luxury luggage house rimowa. The cabin and trunk suitcases and the hand case and personal clutch in aluminum combine with contemporary Dior icons. they include the saddle bag, revisited in a men’s version by Kim Jones, in dégradé leather, molded like an artifact, or wrapped in a reinterpretation of the “newspapers” print from the house’s spring-summer 2000 show. already iconic, his new designs time travel to the year 3020 accompanied by some of the favorite objects of monsieur dior – a phone or a clock, for instance – which are also reincarnated as accessories.

The tailoring has also been reinvented in light, supple fabrics, like the tailleur oblique line, declined in Christian Dior’s favorite shades of gray and blue. jackets and fluid pants, paired with transparent boots inspired by the shoes daniel arsham wears in his atelier, lend a modern elegance to the models. the Dior logo on jewelry is shot with what resembles time-worn cracks, while crystals adorn the earrings, echoing the works and the philosophy of the artist. Carrying over the spirit of the show, this captivating dialogue between the past, present and future writes a new chapter in the house’s history, an unprecedented tribute to its legacy.