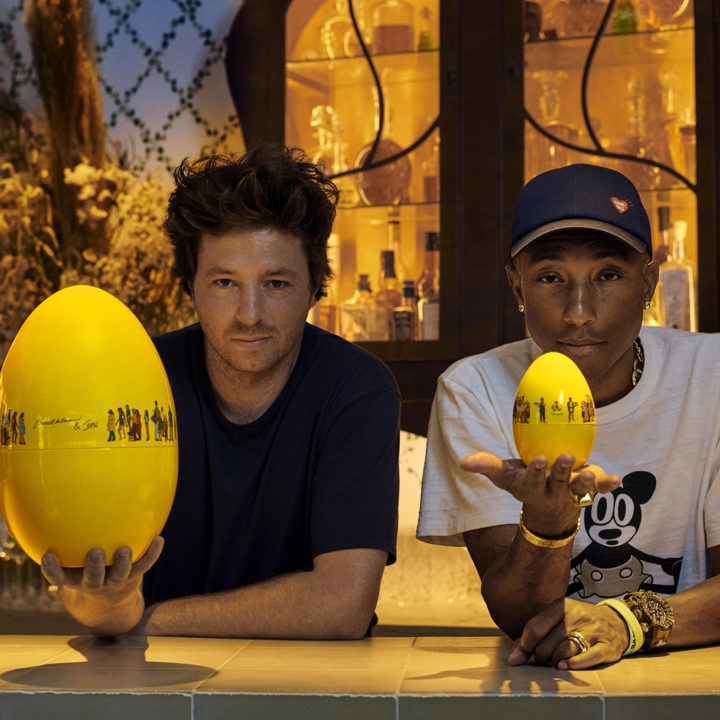 Starting in August, the very first visitors to the Geneva store discovered a spacious, airy, well - arranged boutique with an impeccable flow and clarity. 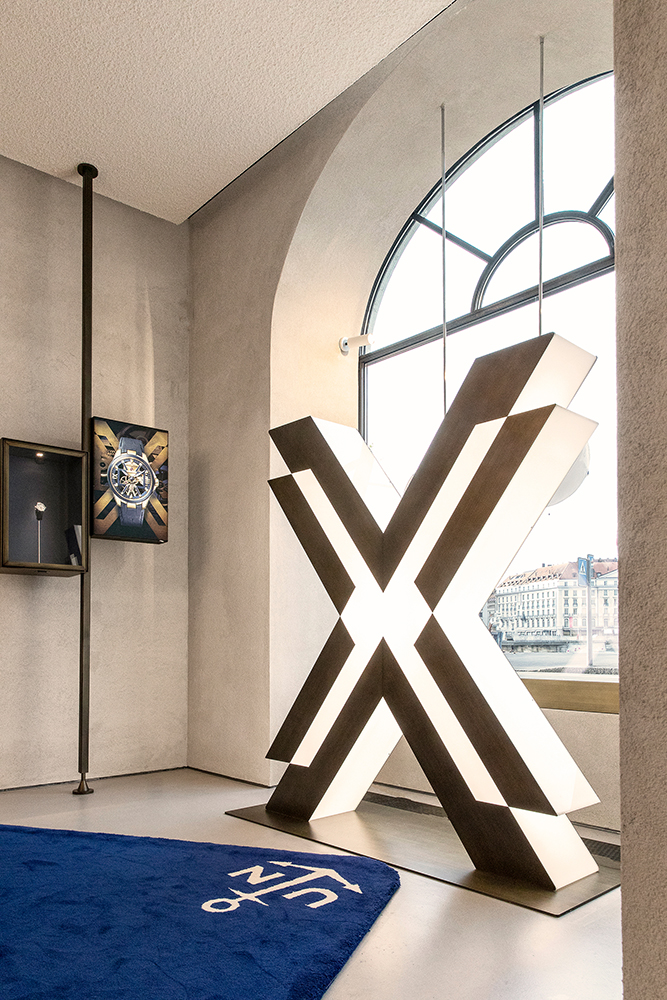 lysse Nardin is getting a breath of fresh air! The doors of 10, quai du Général Guisan opened on the new Ulysse Nardin flagship store last Thursday: a completely new space measuring 2000 square feet, entirely dedicated to the Maison’s collections.
Located in Geneva, the capital of prestige watchmaking, this new storefront promises to be the key boutique of the Le Loclebased brand, with a new contemporary architectural concept entrusted to architect Bertrand Fairerol , founder of BF RETAIL DESIGN & ARCHITECTURE in Paris and London.
Without being too literal, the sea is invited into the heart of this bright and airy project by playing up the concepts that evoke it. Like a slice
of a panorama, the new Ulysse Nardin store concept follows a natural order: the sea below, the sky above, and the horizon that separates them. Two years after Patrick Pruniaux took up the helm of the company in September 2017, Ulysse Nardin is still riding the wave of modernity: new life has been brought to the brand through the new crown jewel of its boutiques, in the heart of a historic building and just a few steps away from the bustling Rue du Rhône, an area housing the stores of the biggest names in luxury. While Ulysse Nardin has operated a store in Geneva since 2000, it goes without saying that this new address will be a complete 360 for the brand. As a matter of fact, together with the Moscow and Shanghai stores, the Geneva boutique is Ulysse Nardin’s most important to date and the only one in Europe — for the moment — to feature this new architectural concept. 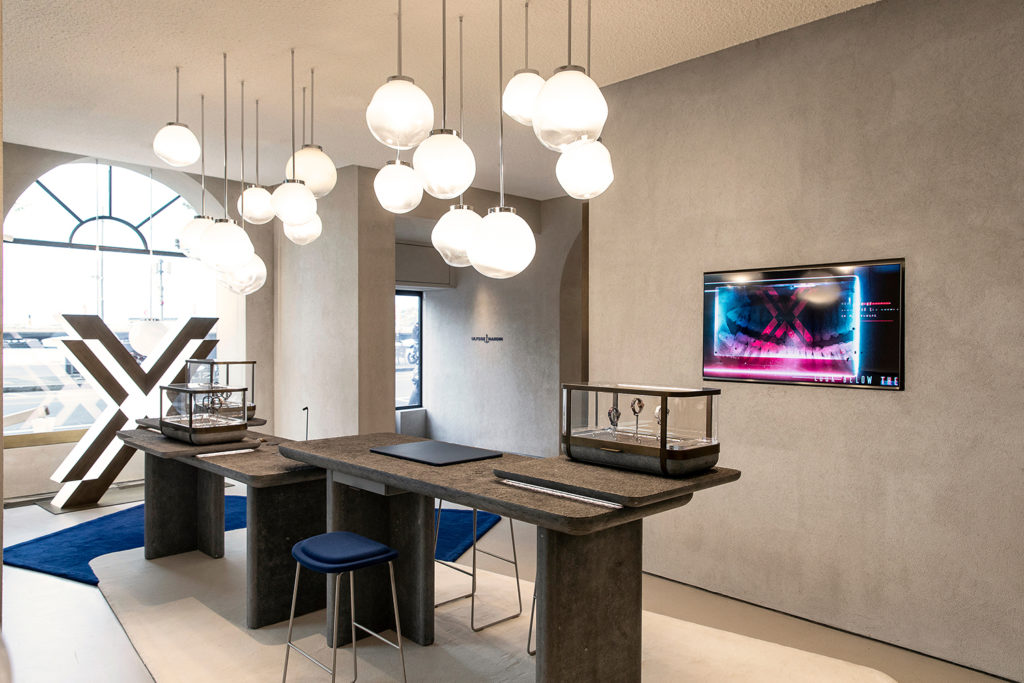 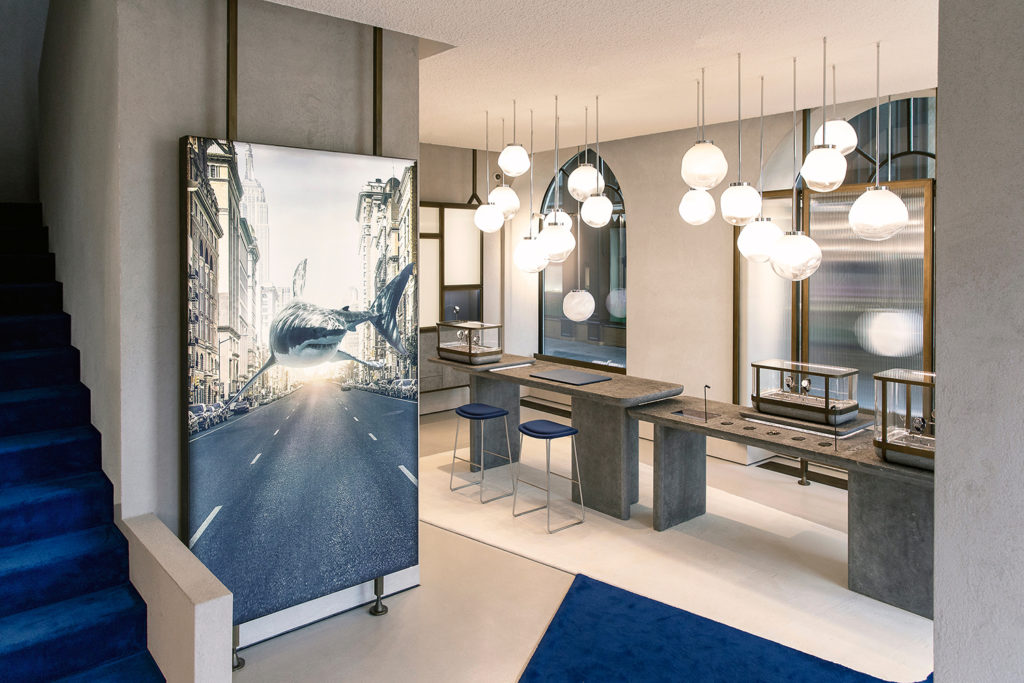 Starting in August, the very first visitors to the Geneva store discovered a spacious, airy, well – arranged boutique with an impeccable flow and clarity. The space is laid out in several areas: client reception, showcases, and product discovery, along with a VIP room. Playing up both contemporary and natural styles, using refined, raw, patinated or brushed materials on which time can leave its trace, Ulysse Nardin achieves a bold contrast with the facades of the historic building. The space features an array of details as a nod to the watchmaker of the seas: display counters in raw stone (a mineral composite smooth in certain areas and textured in others) reminiscent of submerged rocks; unique translucent light fixtures in blown Murano glass, suspended like drops of water falling from the sky; display cases and screens that evoke the air and the horizon; touches of blue that echo “Ulysse Nardin blue,” and by extension the blue of the sea; and finally, sand colored oak wood that reconciles surface, depth, and the shore… The entire concept brings us above and below the water, in a chic and zen ambiance.
The design is vibrant, in complete contrast with its color and density. The sea and water in all its forms are widespread throughout the boutique, dancing in a ballet of transparency and light. Movement, reflections of light, and transparent/opaque contrasts were conceived to provide an impression of lightness and elegance. A deep dive into where time is suspended.