slide
grid
You can use keyboard arrows for sliding.
1
2 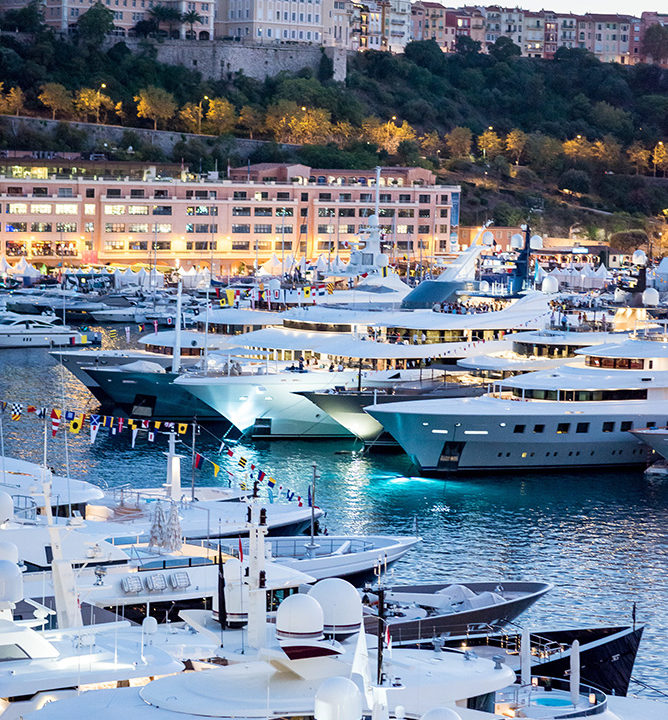 Ulysse Nardin renews its partnership with the Monaco Yacht Show

A. Lange & Söhne introduces the most complicated model of this watch family in a 25-piece limited white-gold edition with blued-steel hands. 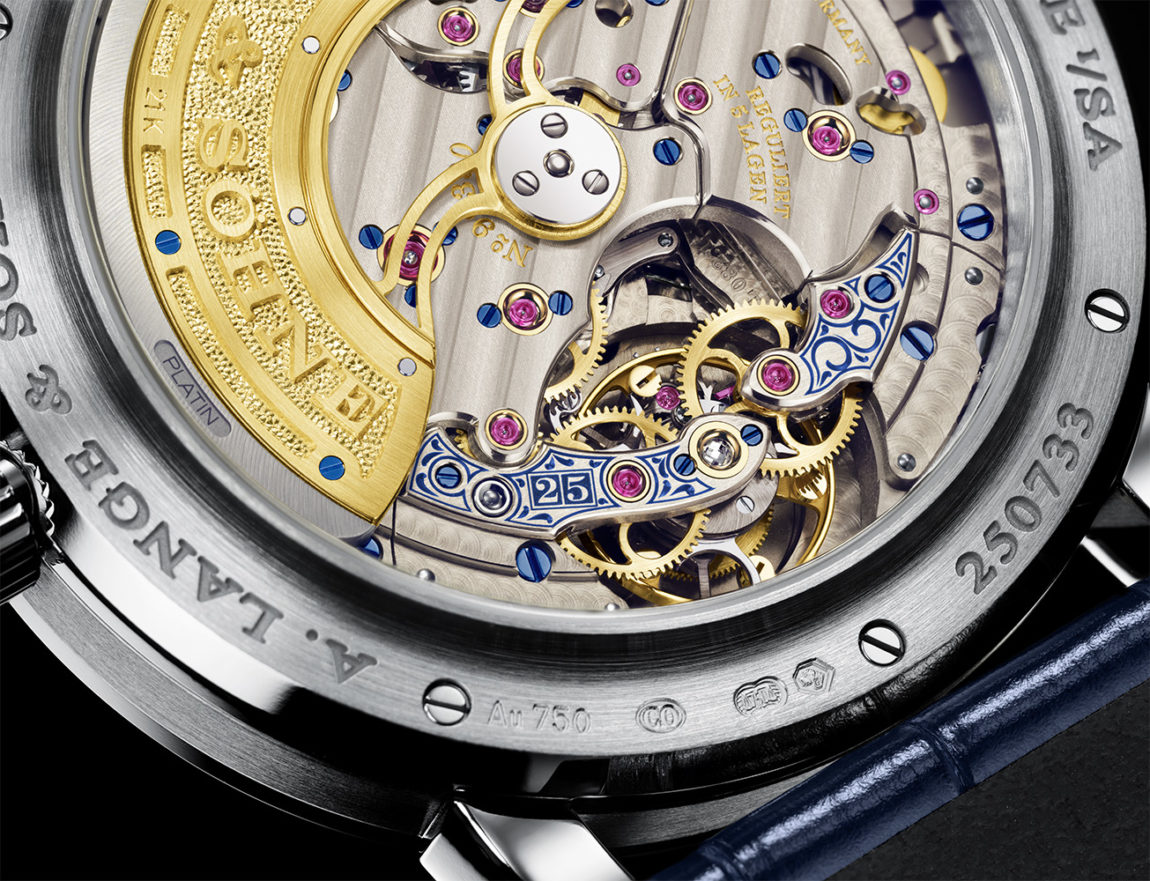 In an elegant and subtle manner, the LANGE 1 TOURBILLON PERPETUAL CALENDAR integrates a perpetual calendar and a tourbillon in the inimitable design of the LANGE 1. As a tribute to its anniversary, A. Lange & Söhne introduces the most complicated model of this watch family in a 25-piece limited white-gold edition with blued-steel hands. When the first collection of the new era was presented in October 1994, the innovative design of the LANGE 1 attracted considerable attention. As on a noble dashboard, the asymmetric arrangement of the displays in the compact space of the dial assured immediate recognisability due to its unusual configuration.
The same arrangement was adopted for the LANGE 1 TOURBILLON PERPETUAL CALENDAR model that was first launched in 2012. A rotating peripheral ring that indicates the month was devised to integrate all calendar indications in the dial architecture of the LANGE 1. The underside of the construction features a circumferential contour with wave-shaped recesses. A spring-loaded sampler lever glides along this contour and is deflected by a magnitude that corresponds to the depth of the respective recess. The more it is deflected, the shorter the month. All displays switch instantaneously.
A retrograde day-of-week display takes the place of a power-reserve indicator. The leap year is indicated in a small aperture at 6 o’clock. And the moon-phase display, calculated to an accuracy of 122.6 years, includes a hand-engraved lunar disc in white gold that is visible through an aperture on the seconds subdial. Thanks to the intuitive arrangement of the simultaneously switching calendar indications, a
single glance delivers all of the information at once.

The argenté-coloured dial of the “25th Anniversary” edition has discreetly nuanced shades of blue. The palette ranges from thermally blued-steel hands to all inscriptions, including the numerals of the outsize date and the alligator leather strap. Only a modest epigraph at 12 o’clock reveals a further function. This is because the 69-part tourbillon with the patented stop-seconds mechanism is visible only from the movement side. There, the filigreed cage rotates about its axis once a minute to eliminate the influence of gravity on Lange’s proprietary cam-poised balance. The stop-seconds mechanism makes it possible to instantly stop the tourbillon cage with the balance at any time by pulling the crown so the watch can be set with one-second accuracy.
The tourbillon cock is graced with a blue engraving shaped like the Lange outsize date with the number 25. The 25 not only refers to the birthday but also to a special detail of the launch. It took place on 24 October 1994. On this day, the date displays of the debut watches were set to the 25th so they would be current when showcased in the following day’s newspapers. The high winding efficiency of the automatic calibre L082.1 is attained with a heavy central rotor featuring an outer centrifugal mass in platinum; its middle segment with the embossed A. Lange & Söhne signature is made of 21-carat gold. The Lange-typical quality hallmarks of the 624-part movement include the black polish on the upper side of the tourbillon cage and a diamond endstone bearing that holds the tourbillon.