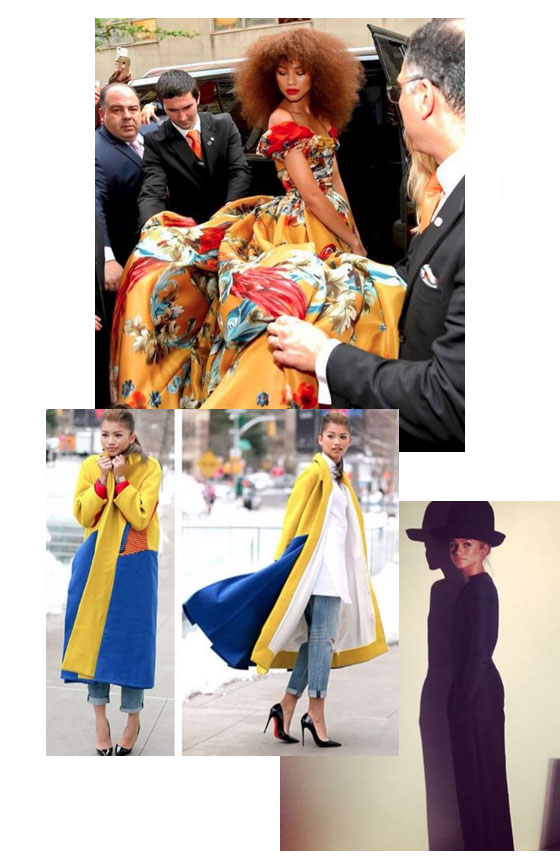 From “Disney” teen to red carpet killer – Zendaya Coleman had it all. Before rocking the “big label” looks, she started off in a “Disney” show “Shake it off”. Even though that was a big lift for a young teenager, she didn’t define herself only in one role in her life. After writing her own book on fashion matter for peers “Between U and Me: How to Rock Your Tween Years with Style and Confidence” (2013), the evolution of Zendaya started to gain momentum.

Zendaya Coleman proved herself to be achieving in the fashion industry the best way several times. Her decisions on outfits and brave combinations is what made her to stand out of the crowd and achieve the spotlight. Her style has evolved from leggings, printed t-shirts and denim jackets to some serious experiments with silhouettes, embellishment and colour. Apart from that, despite her millenian peers choosing nude naked dresses to define themselves as sexy, Zendaya redifenes „the sexy look“ while choosing more subtile but daring outfits.

Even though, Coleman walked the red carpet since she was 14 years old, she took the breath away at 2015 Oscars, when she reached everybody‘s attention wearing Vivienne Westwoods silk dress and dreads – prooving she is a flourishing young style icon who has her unique sense of a trend.

First step…get in the car

Moreover, Zendaya Coleman covered the July 2017 Issue of Vogue magazine and attracted even more attention in the fashion world.