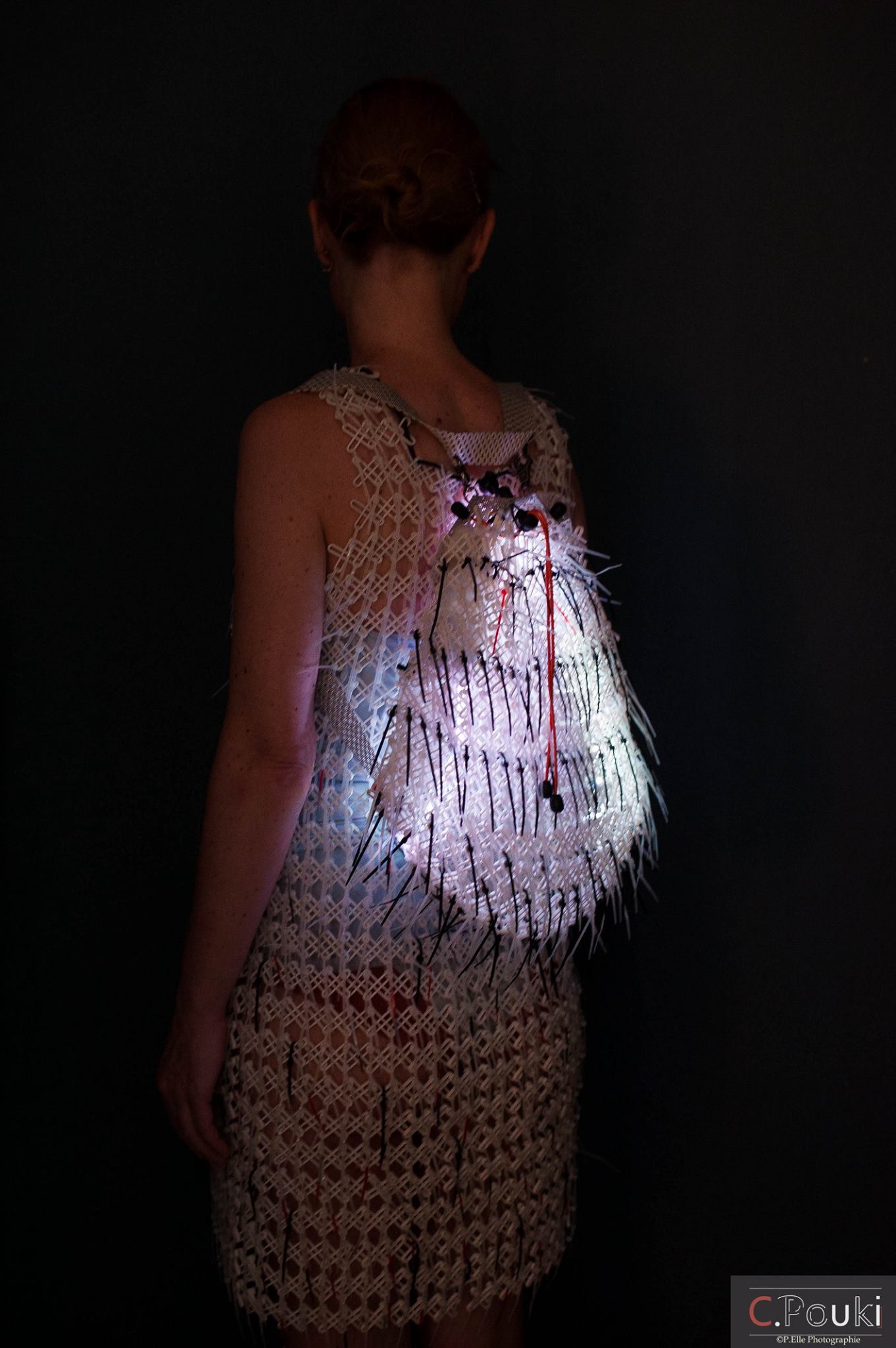 When I was around 8 years old, I already wanted to became a fashion designer.

I don’t really know why, maybe because my grandmother had also worked in fashion but I think it is really fascinating to begin with a white sheet of paper and finish with a real garment

Yes it was and It is , In 2 years , I will finish my study of textile design, so I will be able to work as a fashion designer but also to create fabrics for the garments .

I was 14 years old and It was a kind of blanket in green velvet with 2 buttons and it was quite ugly but it doesn’t matter because it has given me the envy to sew new stuffs.
After that I have sewed new blankets and small kits, accessories for children, and finally bags and some clothes for me.

This year I began new studies in “textile design “ in Brussels.

I think it is Olivier Rousteing, the younger artistic director of Balmain.

In just a few years, he modernized the brand, and every one of his collections are beautiful and innovative especially on a cutting level.

For now I ‘ve no particular muse, however I take my inspiration in what I see every day . I never stop to observe things around me

I would like to choose an anthracite gray. because usually I don’t use flash color and anthracite gray is an interesting color to highlight cutting models and people who wear the clothes.

I show it to my family, my boyfriend or to a few friends of mine. It depend but their encouragement are a non- negligible motivation for me. I have also created a facebook page « C pouki by Chloé Henris »  and I receive a lot of encouragements there and it’s really motivating for me   (https://www.facebook.com/C-pouki-by-Chlo%C3%A9-Henris-787549761327944/?ref=aymt_homepage_panel# )

I prefer the fabrics/materials I create myself by, for example using balloons, nuts , or colsons. It’s really more exciting to create something news.
I don’t often use fabrics without changing them. If I had to choose one fabric I would like to choose neoprene. It is a new material and it is possible to create interesting stuffs

It depends on the collection.

Usually I start by thinking of the theme for several days. Then, I research materials or details and I make ​​drawings only when I have an idea of what I’ll do.

I ‘m inspired by what I see every day and what I have seen a long time can also inspire me. Sometimes I look at magazines such as “Official 5000 models”. It allows me to not totally disconnect from what is happening in the world of fashion

I would like to be a textile designer and create the fabrics for another designer because I like to create fabrics or find new possibilities to transform them.