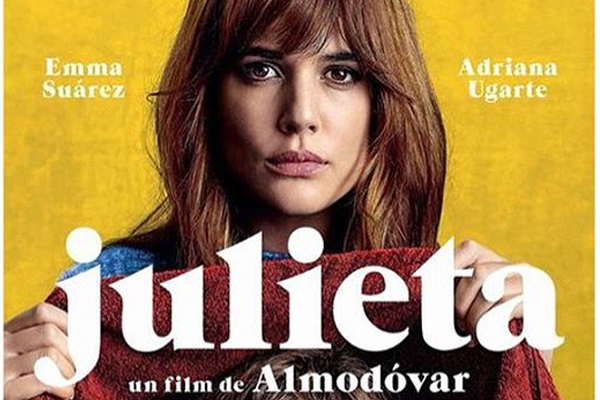 Garments and costumes are a very important part in any movie. pieces actors wear help them to dive into the character, influencing their personality.

Forte_forte collaborated in the production of Julieta with four pieces of its collection, used to feature and describe the characters.

-Something about the movie.

After the release, friday 8th of april, Julieta will be the 20th movie of the famous director Pedro Almodovar.

According to his opinion, julieta reflects the volountary loneliness in which himself lives now.

It’s a slap to the dictatorship of perpetual happiness where emma suarez, the other actresses and actors beside her, invite you to recreate yourself in your own sadness.

Coincidence or not, the life of Julieta during the ’80 was a great period, the best one. at present however it’s a disaster, a struggle for survival to the brink of insanity.

Only a miracle can save her, and miracles sometimes happen…

“Julieta” are 30 years of a woman life, from the youth to the maturity, with all difficulties encountered during this time.

Julieta is a 55 years old teacher who tries to tell her daughter Antia all she held secret since her birth on, thirty years earlier. But once she wrote her confession she doesn’t know where to send it. her daughter left her at the age of 18 and Julieta didn’t receive any news from her since 12 years now. julieta tries everything to find her, but the research shows up Antia as a complete stranger to her mother.