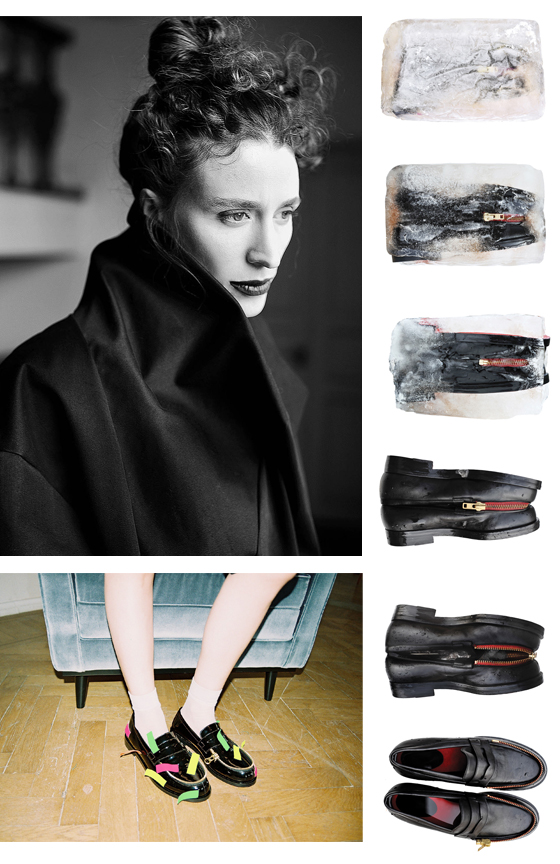 Georgian designer, based in Paris who now works on the accessories line in Loewe.

In the 90’s at Tbilisi, in totally frozen post-soviet, postwar Georgia, my mom took me to see a Fashion show, I was around 7 years old, I was fascinated, and I knew I wanted to do THAT!!! Later at the age of 13, when I get my first secondhand Windows Pc, and got access to the Internet, I discovered Vivienne Westwood, Jean Paul Gaultier, Yves Saint Laurent and other great designers’ works… back then Fashion became my passion, and today it is my life.

Was it your dream job?

Which is the first thing you designed and for whom (yourself, a friend…)?

It was a gray puffy vest with black stitches all over it. It was unsuccessful; nobody wore it, not even me.

There are many genius designers who marked history, but I particularly like Hussein Chalayan and Martin Margiela. The language and esthetics they created was so NEW and right for that moment many years ago, but it is still so actual and modern. I had the chance to work with them as an intern, so I’m particularly sensitive to their designs.

Who’s your muse, your icon, when you create?

It is very random, just things that I come across. It can be anything, really, a texture from an object, a graphic colours of a packaging, a building, a character from a movie… I’m quite sensitive to soviet design. and quite nostalgic to the simplicity, emptiness, and nothingness of soviet esthetic.

I don’t like to show my sketches, but probably my parents, as it pleases them, and I love to hear their feedback.

Leather, jeans and cotton. It is easy and natural.

If your clothes had had a soundtrack, which songs would you have chosen?

If you had not been a designer which job in the fashion world would you have liked to do and why?

I would not do any other jobs in fashion, rather than designer.