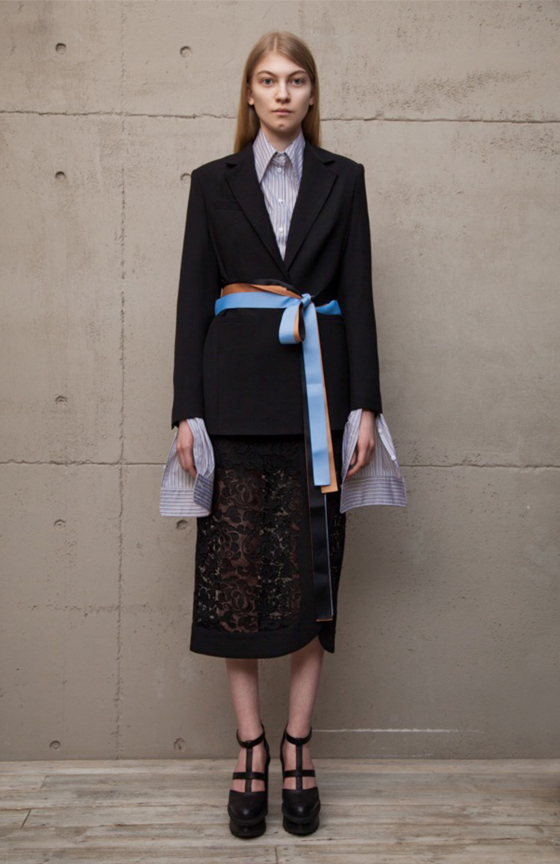 Take a look at the beautiful Bessarion Fall/Winter 2016 collection.

Bessarion was born August 31, 1978 in Tbilisi. The name was given in honor of the great Georgian poet Bessarion Gabashvili. The rich history of Georgia, its extraordinarily beautiful scenery and architecture since childhood instilled in Bessarion’s unique taste and sense of color.

Around the age of 6 parents increasingly began to notice Bessarion for drawing, modeling and collages. At age 10 he enrolled at the school named Niko Pirosmani – the best art school of the city. After graduation was accepted into the Academy of Fine Arts, surrendering only two exams instead of six – an examination of the composition and painting.

Perhaps the starting point of his career can be considered in 1997, when Bessarion wins Grand Prix at the International Competition of the avant-garde fashion “AMA”. English painter and sculptor Andrew Logan, presenting the award, invited him to a joint exhibition in London.

Exactly at that period of life Bessarion felt that most of all he wants to enter into this colorful world of art and bright ideas. At that time, fashion has been his main passion,but the idea of creating his own clothing line also stayed in his mind. From 1997 to 1999, Bessarion was involved with his collection of more than 10 shows, in the past mainly in Tbilisi.

In 1999, the young designer took part in the qualifying round of the International competition “Russian Silhouette”. Again taking first place as a prize, he gets the opportunity to study at the V. Zaitsev’s House of Fashion, and along with it, takes a unique chance to start a career in Moscow.

After years of work in the capital, Bessarion achieved incredible success: worked as an image-maker of first Russian artists of the musical “Metro” and the popular Russian band “A-Studio”; many years engaged in visual-merchandising for a major company Mercury; worked closely with the fashion house of V. Yudashkin as a Chief Merchandiser.

This stage began the most important for the growth of Bessarion as a professional. His “maestro” Valentin Yudashkin became a man who forced him to believe in himself. Parallel to this, he continued to sketch and create luxurious dresses, which appeared on the social events, on many stars of show business, and create custom-made shoes under the name “Bessarion”.His last place of work was the company AIZEL.

Incredible hard work, dedication, dream devotion, a belief in himself and his team combines perfectly in Bessarion, as a person. Designer takes inspiration in music of Diana Krall, books (especially “The Picture of Dorian Gray” by Oscar Wilde), films of Wong Kar Wai’s and Sergei Paradjanov and Van Gogh’s art. And also the infinite variety of nature. Its colors and textures he strives to embody in the tissues, being constantly in search of innovation.