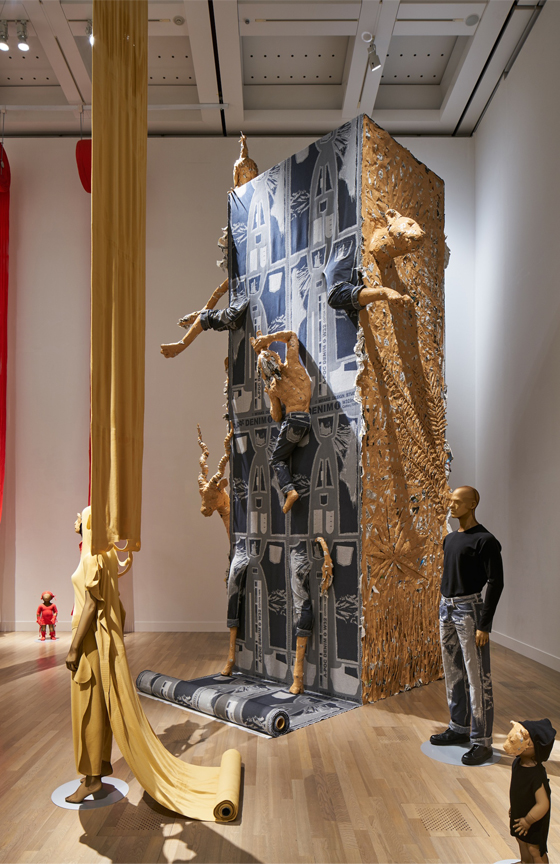 An exhibition devoted to designer Issey Miyake will run from Wednesday, March 16 to Monday, June 13, 2016 at the National Art Center, Tokyo. The Center has considered design to be an important exhibition theme since it opened in 2007 and is devoted to presenting a wide range of artistic expressions and proposing new perspectives.

This exhibition, MIYAKE ISSEY EXHIBITION: The Work of Miyake Issey, promises to be an unprecedented event, focusing on the entirety of Miyake’s 45-year career, from 1970 to the present.

Miyake has consistently presented new methodologies and possibilities for making clothes, while always focusing on the future. It all began in 1960 when Miyake, a student at Tama Art University, sent a letter to the World Design Conference, which was being held for the first time in Japan that year.

The letter took issue with the fact that clothing design was not included in the event. At that point, Miyake’s notion that clothing is not merely “fashion” – i.e., something that changes with the times – but a form of design that is closely connected to our lives on a much more universal level was already apparent.

Miyake has always explored the relationship between a piece of cloth and the body, and the space that is created as a result, unrestricted by any existing framework. In addition, along with his team of designers, he persistently undertakes research and development to create clothing that combines both innovation and comfort.

This exhibition will shed light on Miyake’s ideas about making things and his approach to design by examining his entire career, from his earliest work to his latest projects, and his explorations of greater creative possibilities in the future. This exhibition will provide viewers with an opportunity to expand the boundaries of their thought and stimulate their creativity, allowing everyone, young and old alike, to experience the joy of creation.