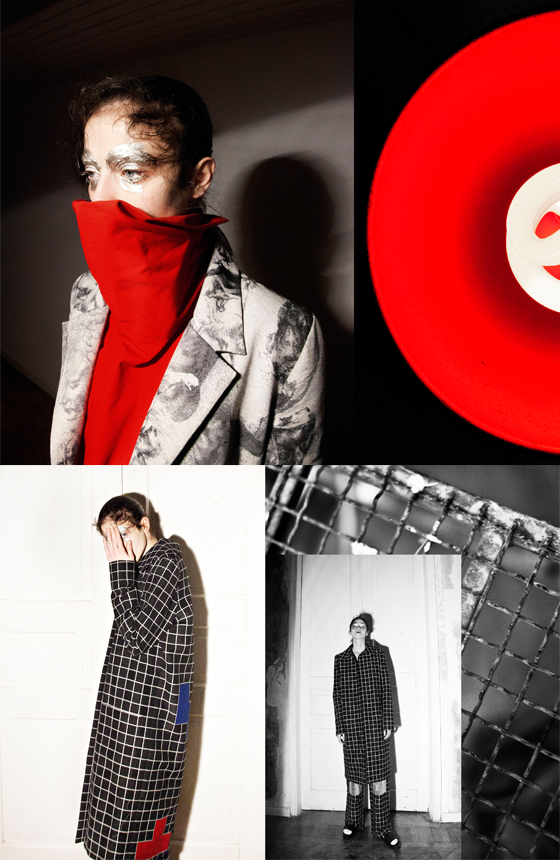 Tbilisi- a city that has a personality, a character and style is still largely undiscovered and undervalued but holds a constant undeniable source of fascination. Mixture of Moresque and Soviet architecture,  Cold concrete walls and art Noeveau  paintings in the abandoned entrance halls of old Tbilisi.

It’s an eclectic city Where east and west come together has a lot to offer for those who seek inspiration hidden somewhere in the ruins of Soviet Empire and Ottoman reign.

Being part of his every day routine, Avtandil discovered the city and it`s outstanding multicultural  nature  all of a sudden and turned it  into Autumn/Winter 2016-17 collection spontaneously. The collection is anything but predictable, nothing like you`ve ever seen or imagined before.

Masculine tailoring, futuristic silhouettes and fabrics, oversized outwear with monochromic grey and black dominating the whole collection. Every piece of clothing has a character. Each coat is a statement piece.

The collection is eclectic like tbilisi with cosmopolitan nature, mixed personalities, and wearable futuristic chic.