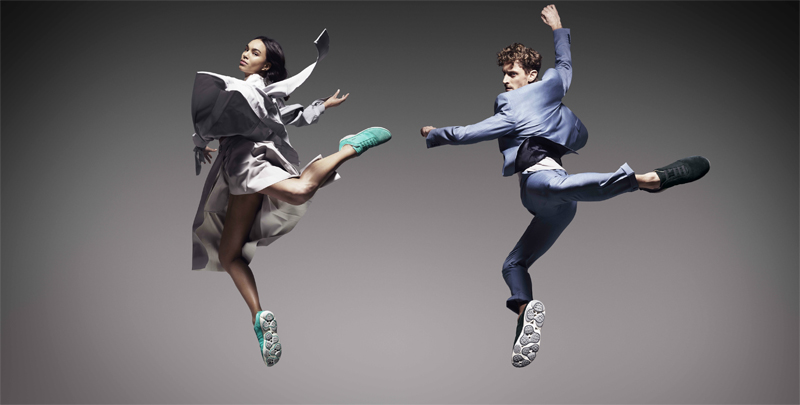 Shot on set in London along with the S/S 2016 print advertising campaign, this video encapsulates the freedom of living life to its fullest.

The fashion film launched on 29th February 2016 and will run across Geox’s digital and social media platforms, and press and interactive digital display video units.

The #startbreathing initiative aims to drive engagement by inviting audiences to learn more about the new concept via social media platforms such as Instagram, YouTube and Twitter. Once there, visitors can explore additional content shot and filmed by Rankin, ranging from behind-the-scenes footage to a brand manifesto and short pieces of shareable philosophy.

Rankin handpicked popular beatbox musician Nicole Paris to collaborate on the soundtrack. A YouTube phenomenon, Paris is a uniquely talented vocal percussionist who mimics the sound of a bugle through a rich series of hums and sound effects.

“Working on this project was challenging, exciting and fun,” Paris says. “The genesis of the film, #startbreathing, represents the start of something creative and unique coming alive.”

The resulting soundtrack is both rhythmic and energetic, and perfectly captures the spirit of the film and the campaign, which depict professional dancers, Maria and Cameron McMillian, frozen in mid-air while in fluid movement.

“We have pushed the frontiers back further and gained some unique insight during our collaboration with Rankin and the iconic value has been amazing,” says Giorgio Presca, Chief Executive Officer of GEOX. “Nebula stands apart for its incredible lightness, 3D breathability, flexibility, comfort levels and vitality. And an equally iconic Rankin has given a marvellous slant to it all, injecting new energy into our slogan of living life to the fullest.”

An astute observer of sociological habits, Rankin adds: “I am always interested in the way we interact with our surroundings. Often we take our shoes for granted and we hardly ever stop to think what they are about or celebrate them. Creating the images for Nebula was just one part of this project. But as you can can see from the editing technique of the video, it was the breathing angle that my team developed which brought the very essence to the forefront, giving it a freshness.”

GEOX enlisted the talents of production agency Doner London, which acted as the guiding hand behind both the campaign and the video.