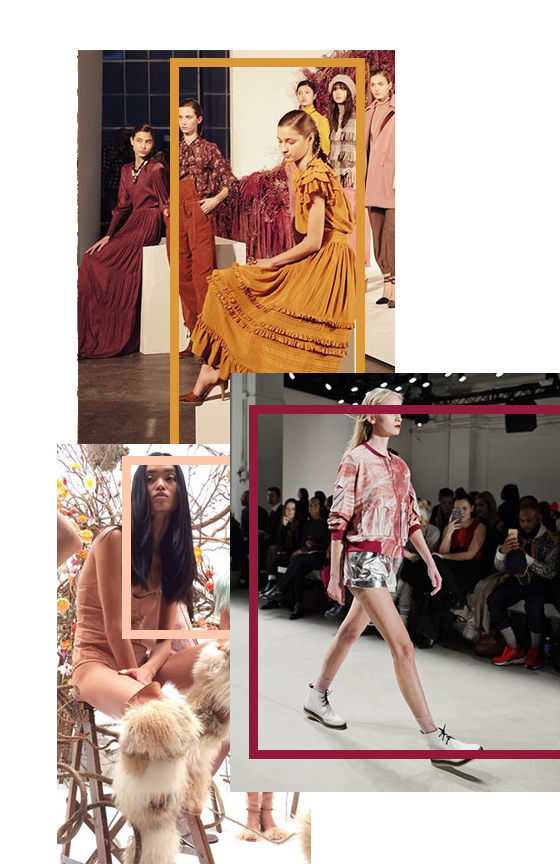 New York Fashion Week can seem like a mysterious, glamorous machine that churns out countless runway shows, copious amounts of street style photos, and lots of celebrities preening in the front rows.  But everything has an explanation.

New York was the first city to begin organizing shows seasonally. In 1943, fashion super-publicist Eleanor Lambert decided to cluster these shows into a particular time frame, called alternately “Fashion Press Week” and “Press Week.” The shows were organized into a particular time, but not yet a particular place. Only in 1994 the runways found their first home at Bryant Park, conveniently located near the Garment District. Later, Lincoln Center was a home to NYFW for four years. Since 2015, designer runs the shows and presentations in all New York city. Let‘s see some a new places for designers shows in first New York Fashion Week day: 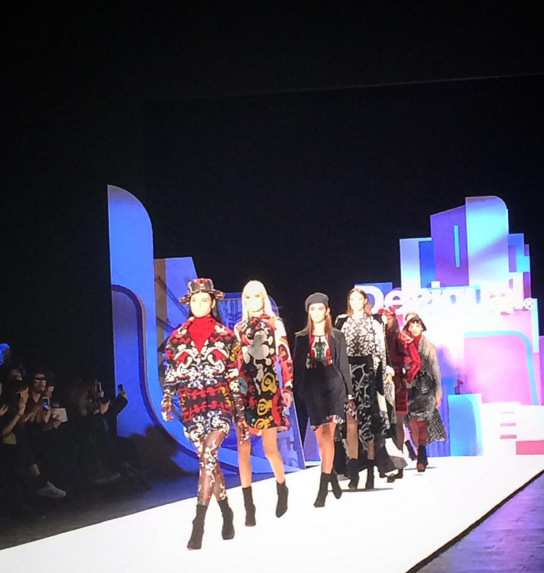 Desigual in Skylight at Moynihan Station

Skylight at Moynihan Station is located in the historic James A. Farley Post Office on West 33rd Street in Manhattan. The acclaimed McKim, Mead and White building features a Beaux-Arts exterior, which sharply contrasts with a dramatic industrial interior that at one time processed 90% of the mail in the United States. Event spaces include the 41,000 square foot former Mail Sorting Room, and the 33,000 square foot Postal Dock, both spaces rich in New York City history and character. The venue is extremely production friendly, and the perfect backdrop upon which any creative vision can be brought to life. 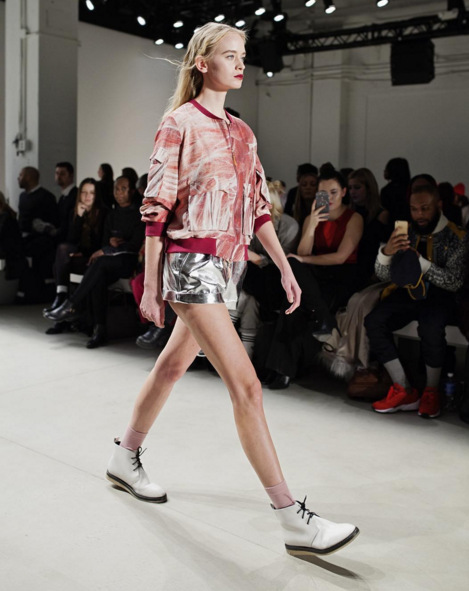 Skylight Clarkson Square located in west Soho, Skylight Clarkson Sq is the crown jewel of raw venues in Manhattan. The sprawling, 60,000 sq ft ground level space is one of the city’s largest event floor plates. The venue, which once served as the High Line’s most southern terminal, is a versatile white studio which producers are limited only by their imaginations. 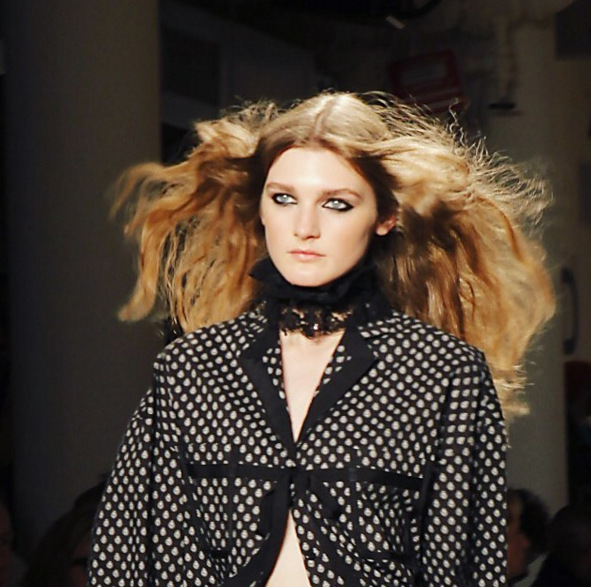 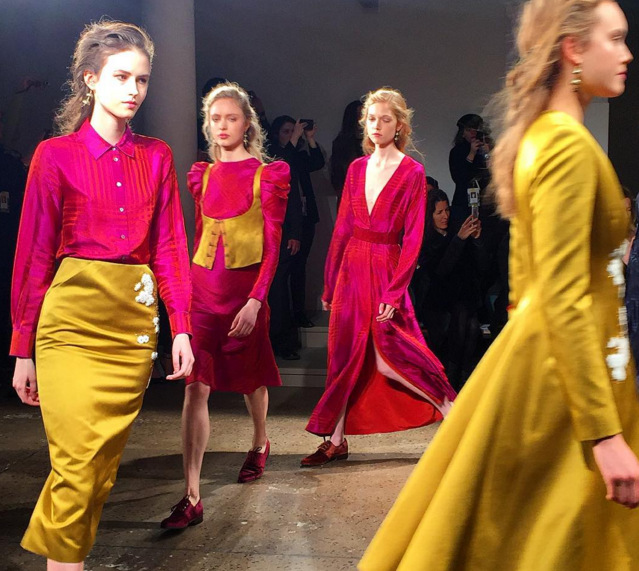 Milk Studio stands at the crossroads of the fashion, music, photography, and film worlds. A media company based out of new york and Los Angeles – Milk spans contemporary culture and is a hub for nurturing creativity and supporting partnerships with some of the industry’s most visionary talent and innovative brands. 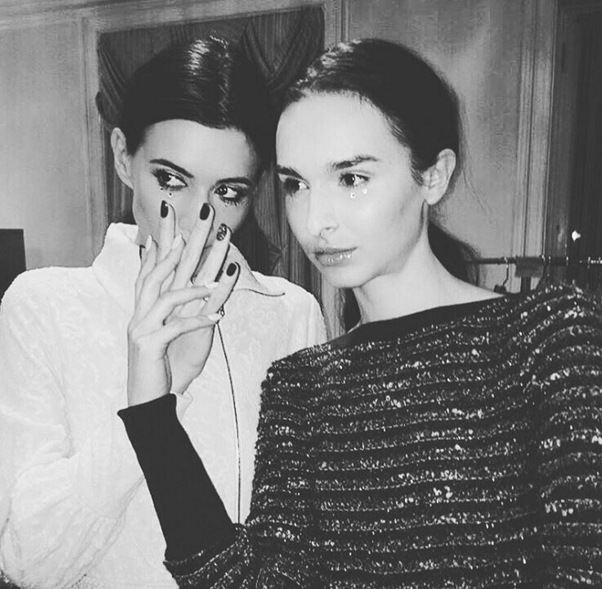 Yuna Yang in The 3 West Club

The 3 West Club is an event space and boutique hotel in an historical building, providing the classic feel of “Old New York”. A fabulous and convenient location in Midtown Manhattan. 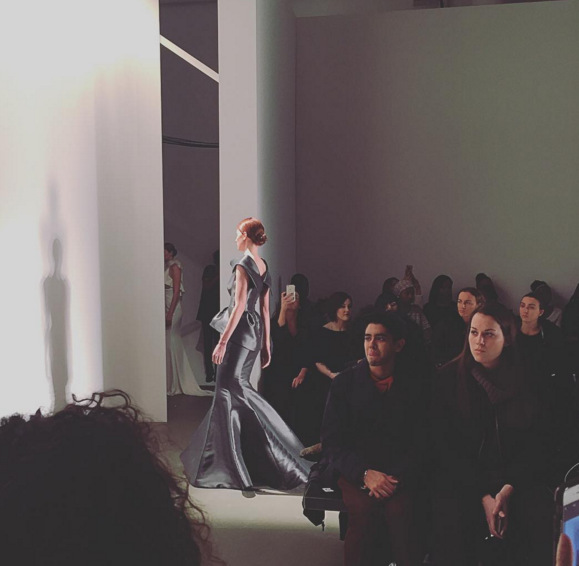 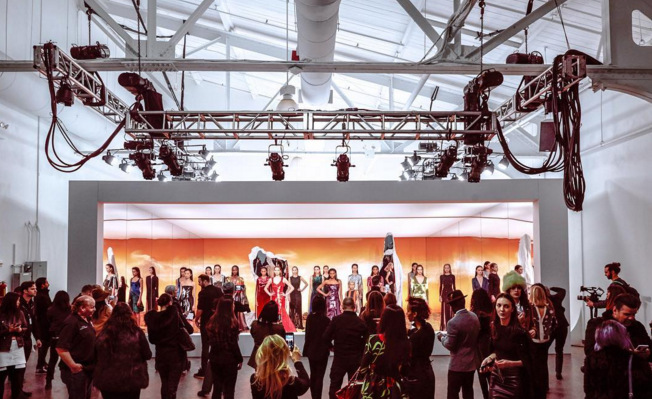 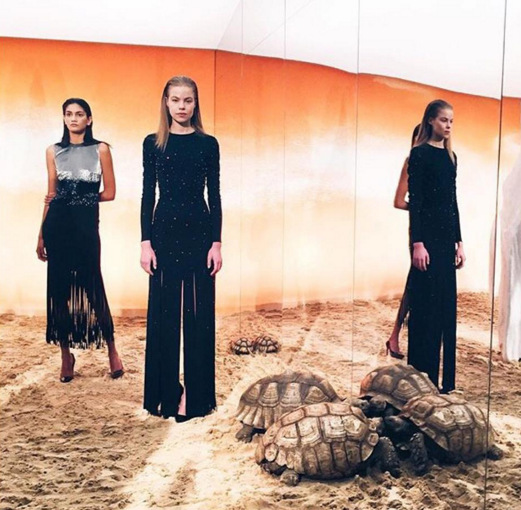 Pier 59 Studios is designed to serve the unique and diverse needs of the world’s top creative minds. Read on for some of ourreach in the fashion and entertainment industry. Pier 59 Studios in Manhattan encompasses over 100,000 sq. ft. of column free space and represents the ultimate in studio luxury and innovation. 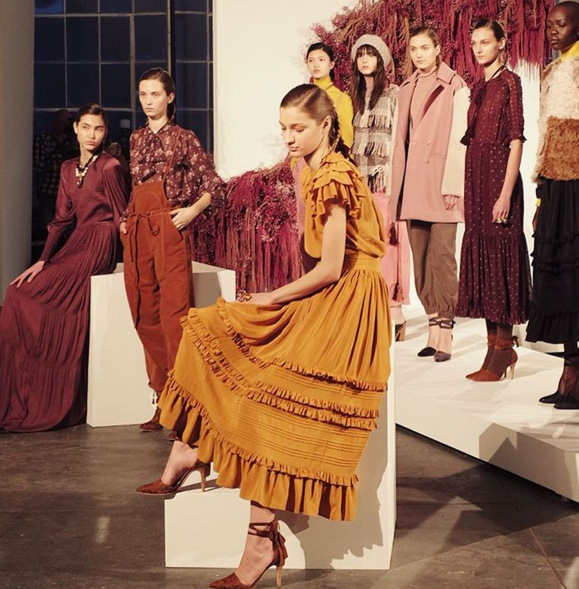 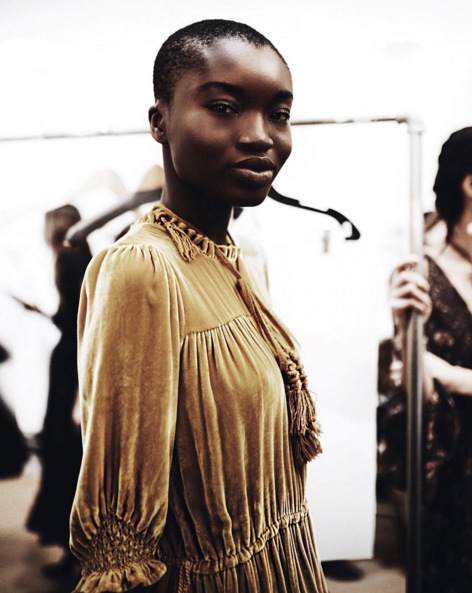 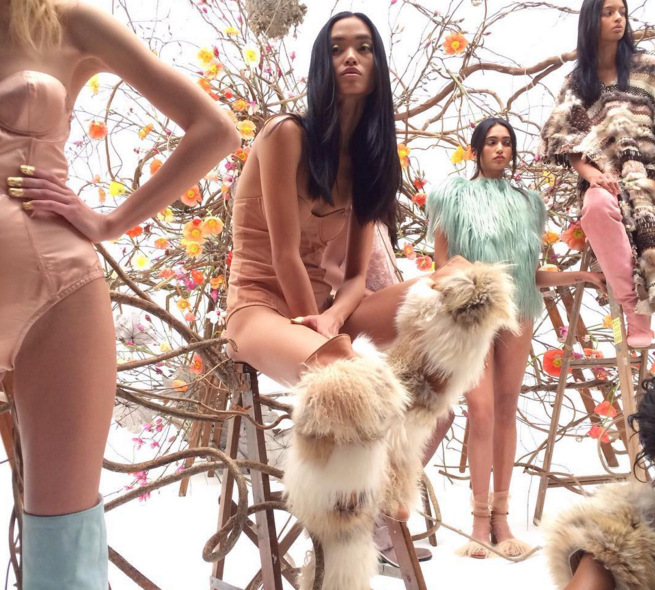 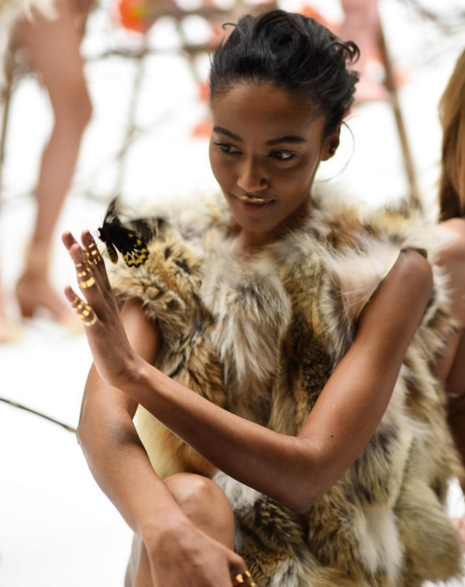 Industria Superstudio Nestled in ​Manhattan’s West Village and only a few blocks away from the the Meatpacking District, Industria Superstudio is a catalyst for the top names and brands in the creative industry. The first photographic complex of its kind in New York City, it was founded in 1991 by Italian photographerFabrizio Ferri. Clients include Louis Vuitton, Balenciaga, Joseph Altuzarra, Nike, Bulgari, Opening Ceremony, Ermenegildo Zegna, W Magazine, Vogue, i-D Magazine, Marie-Claire, and Vanity Fair among many others. 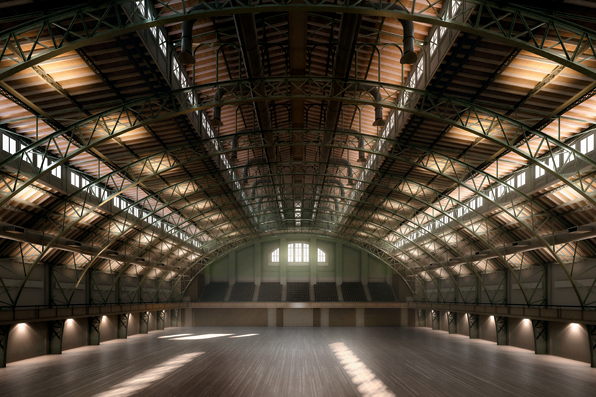 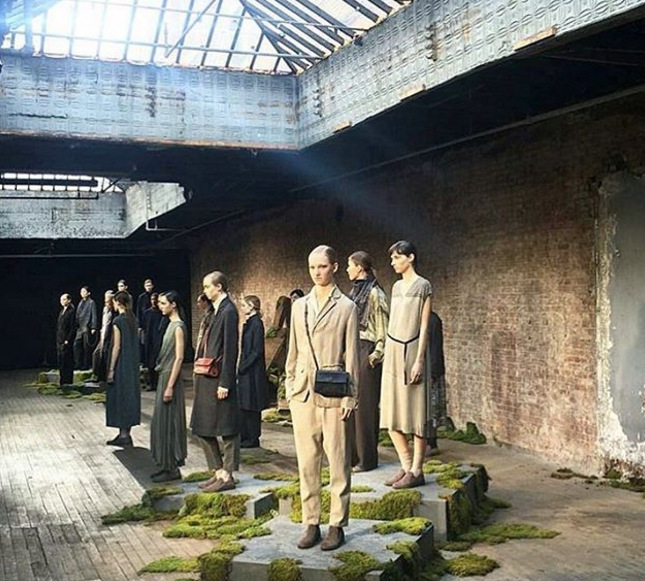 SOHO Loft located in the heart of New York City. Primarily used as both a video and photo production for film and television commercials each of the lofts are also available for special events such as product launches, weddings, showrooms, fashion shows and corporate events. 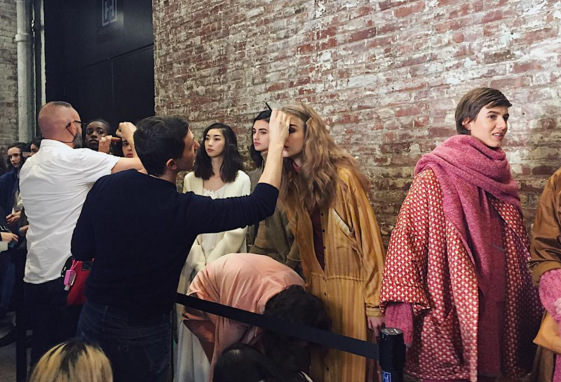 Creature of comfort in Highline Stages

Highline Stages is a space designed for innovation and creativity among photographers, filmmakers, artists and designers. It continues the legacy by providing space and the exceptional service that is required of the next generation of artists.

All these New York creation industry locations are full of art, history and national communications. So I have only one quastion – which one of these places will be next New York Fashion Week home?