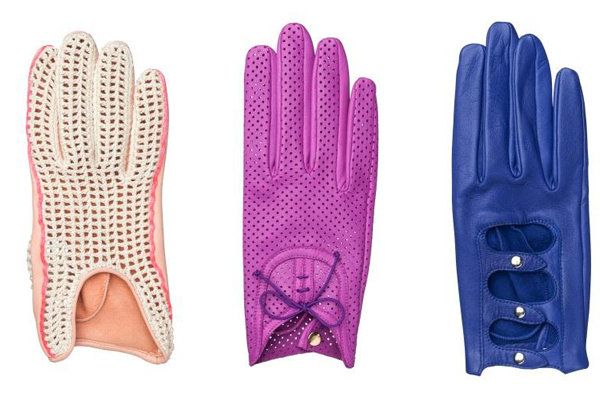 “In Millau, one does not refer to a glover’s, nor a factory, but a manufacture, and rightly so, as this designation properly reflects the form of human labour that is practised and honoured there.” Élian J. Finbert, 1942.

Causse’s approach to glove-making — a métier that is in its genes — is anything but formulaic. For over 120 years, the storied manufacture has devoted itself to producing veritable jewels for the hands, be it in lambskin, peccary, calfskin, crocodile or python, brimming with quirky details, full of humour and delicacy. With the support of the fourth generation of the Causse family, in collaboration with the house’s artistic directors and partners, Nadine Carel and Manuel Rubio, the Causse manufacture, which since 2012 has been under the helm of Chanel, infuses its collections with a mix of know-how and inventiveness. This creates a bridge between the company’s heritage and its Made-in-France future, embodying the very essence of its creations.

Millau, as the cradle of the international glove-making industry, witnessed the birth of Maison Causse in 1892, the year in which three brothers, Paul, Jules and Henri Causse, working as cutters and glove- makers, decide to set up their own company. Their talent is soon recognised, and in 1897, Jules and Henri pack their bags for the aptly-named town of Gloversville in the U.S., leaving Paul to take over the sole direction of the house. At that time, Gloversville produced 90% of gloves sold in North America, thus the brothers’ know-how was in strong demand. Back in France, meanwhile, Paul’s son, Jean Causse, takes over the family business in 1935, in turn handing the reins to his son Christian in 1963, with his brother Jean-Paul joining soon after.

The Causse manufacture, 120 years on, remains under the management of the same family, and with the acquisitions of the houses Niel and Norval, its ateliers have expanded, completing their metamorphosis under the vision of contemporary architect Jean-Michel Wilmotte in 2005 with a new manufacture located in the heart of Millau.

Nadine Carel and Manuel Rubio enter the picture in 1999, when during a visit to the manufacture they fall for the gloves being created there, and the métier. It was to mark the beginning of a successful creative collaboration, crowned by the prestigious ANDAM prize in 2001, which is awarded to the design duo for their highly original, modern and edgy glove collections.

The match is so compatible that, from 2003 until 2014, the pair enters into partnership with Olivier Causse. Together they introduce cutting-edge fashion styles under the Maison Causse label, and go on to put a number of stars — including Karl Lagerfeld, Madonna and Kylie Minogue — in gloves, also supplying a range of major fashion houses, including Hermès, Chanel and Louis Vuitton.

Nowadays, Olivier Causse, the fourth generation representative of this exceptional manufacture is honouring the family legacy. He focuses on enriching the house’s catalogue, from the glamorous creations of his ancestors that seduced the glitterati of the day, to styles embodying a certain lifestyle, notably sportswear, and, in particular, driving gloves.

Alongside the house’s creations — studded with nails, or eyelets, softened with pompoms, richly embroidered, unlaced or coated in metallic varnish — Maison Causse also introduced a series of collaborations with a network of renowned artists and artisans, dreaming up a series of out-of-the-box designs — covered in feathers by Lemarié, say, bejewelled by Delfina Delettrez, tagged by graffiti artist André, revisited by Rodarte or Masomenos, perfumed by Iunx and Olivia Giacobetti, followed by L’Artisan Parfumeur, packaged in a beautiful trunk by Pinel & Pinel, and even “deboned” by Goossens, using elements of a metal skeleton as decor. In 2015, Maison Causse launches a gloves capsule collection with the French designer Hugo Matha.
As the oldest glove manufacture still operating in Millau, Maison Causse produces 25,000 pairs of gloves each year with the help of forty artisans. Recognised for its tireless efforts towards safeguarding and enriching its technical patrimony and know-how, including the setting up of training workshops in its ateliers, the house in 2006 was awarded the label “Entreprise du Patrimoine Vivant” (Living Heritage Company) by the French Ministry of Industry and the SME. In 2012, UNESCO added Causse to its prestigious Inventaire des Métiers Rares (Inventory of Rare Métiers).