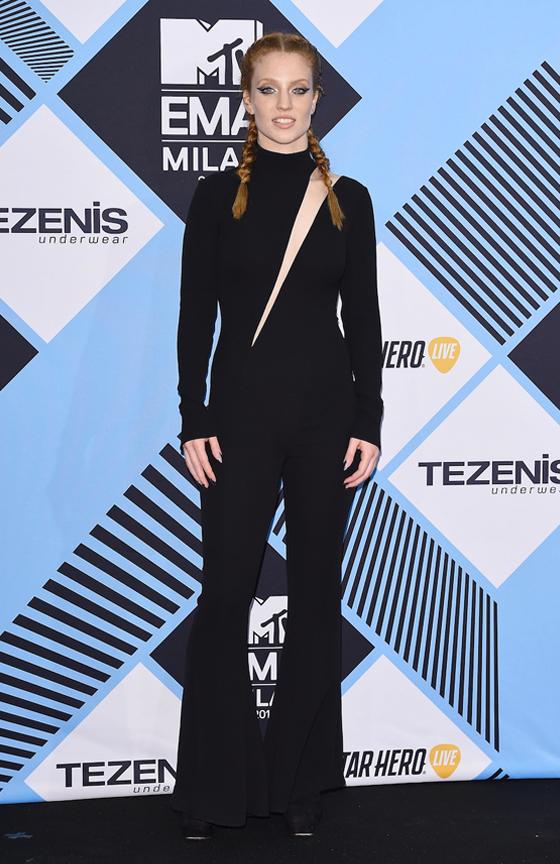 In occasion of the 2015 MTV European Music Awards which took place in Milan on October 25th in Milan, the following celebrities chose to wear Versace.

– Jess Glynne, winner of the Best New Act category, wore a black Versace jumpsuit with a deep front cut out from the 2015 Fall Winter collection.

– Ruby Rose, host of the night, for her final closing look chose to wear a Spring Summer 2016 Versus Versace black jumpsuit combined with a leather belt featuring the lion head logo of the brand.