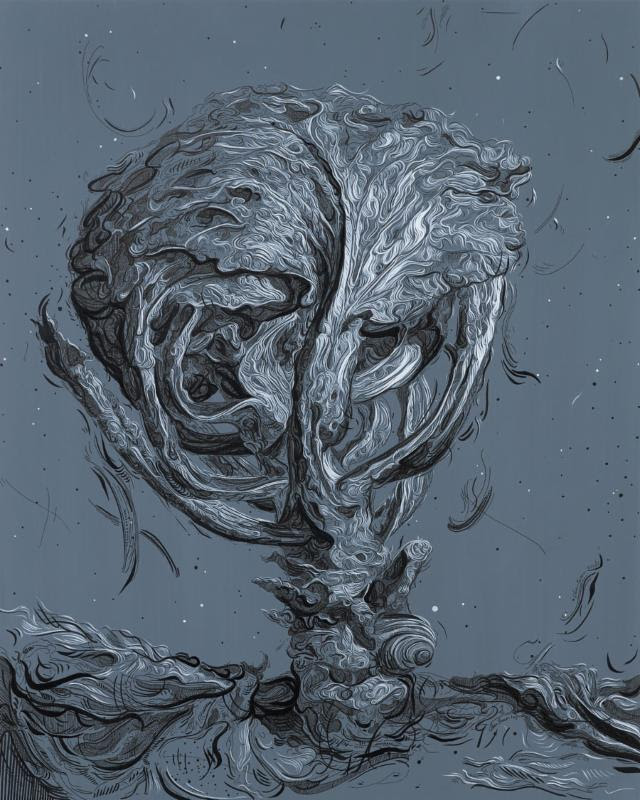 Gagosian Gallery is pleased to announce its participation at Frieze London and Frieze Masters.

At Frieze London, Gagosian will present recent drawings and sculptures by Glenn Brown. For the past three years Brown has produced drawings on paper, panels, and polypropylene, borrowing art-historical subjects from old masters and distilling them to the essential properties of line. In several works he draws on both sides of the transparent material to form compound images, referencing sixteenth and seventeenth century drawings where the two sides were sometimes by different artists. In recent sculptures, nineteenth century bronze figures are cloaked in brushstrokes of thick, viscous paint. Overwhelming the found object, Brown fuses old and new, figurative and abstract, painting and sculpture. A fully illustrated catalogue with an essay by Xavier F. Salomon, Chief Curator of The Frick Collection, New York, will be published on the occasion.

At Frieze Masters Gagosian presents a career-spanning series of works by the late Richard Artschwager. Engaging many genres but cleaving to none, the art that Artschwager produced over fifty years has been variously described as Pop art, because of its derivation from utilitarian objects and incorporation of commercial and industrial materials; as Minimal art, because of its geometric forms and solid presence; and as Conceptual art, due to its cool and cerebral detachment. Synthetic materials are critical to Artschwager’s project: the readymade frisson of Formica with its color fields, patterns, and hard sheen; or the suggestiveness of Celotex, the textured, dimensional paper board on which he painted grisaille renderings of images both found and newly imagined. Assimilating influences as diverse as counterintelligence and cabinetmaking, Artschwager focused on structures of perception, conflating the visual world of images (painting) and the tactile world of objects (sculpture).