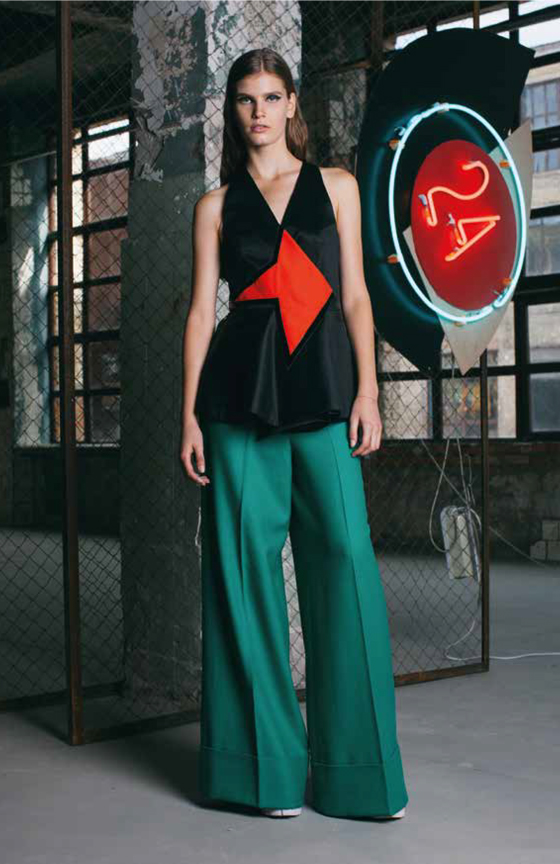 The romantic era of the 70’s fashion was all about freedom, a variety of colors, eclectic looks and a tendency to mix and match different styles with each other. It’s the period of the simultaneous existence of several styles in the fashion industry and the decade when the subcultures of hippies, punks and bohemian chic style followers emerged.

The music of 70’s, especially David Bowie and fringed clothing that cowgirls wore in 1970’s inspired Marianna Senchina in collection creating. Mixing of different styles, such as Western,Glam rock, disco, designer tried to create a link between the related ethnic and modern fashion,combining opposites. Glam rock was a direction in which the desire of visual witchcraft became even more important than the musical content.

Colors from Glam rock, fringe from Western, glitter from Disco, all this elements combined in a woman, strong, bright and playful at the same time. She wears plenty of fringe, bright flared trousers, fringed and applique embroidered tops in order to be noticed and impress everyone. 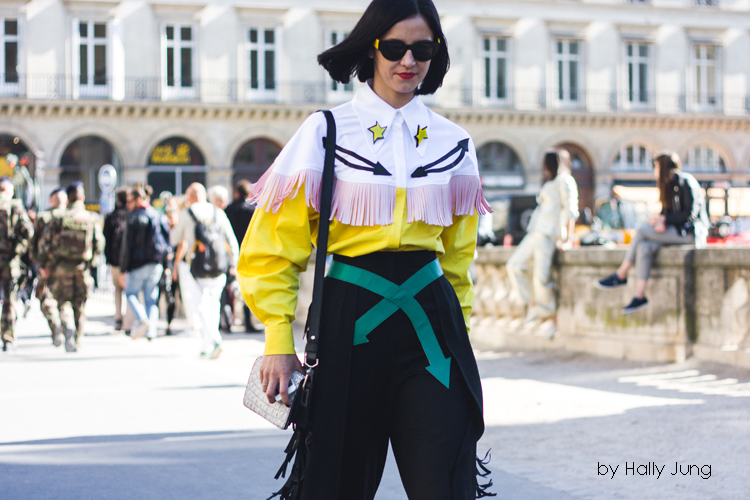 Marianna Senchina SS 2016 in the streets of Paris.