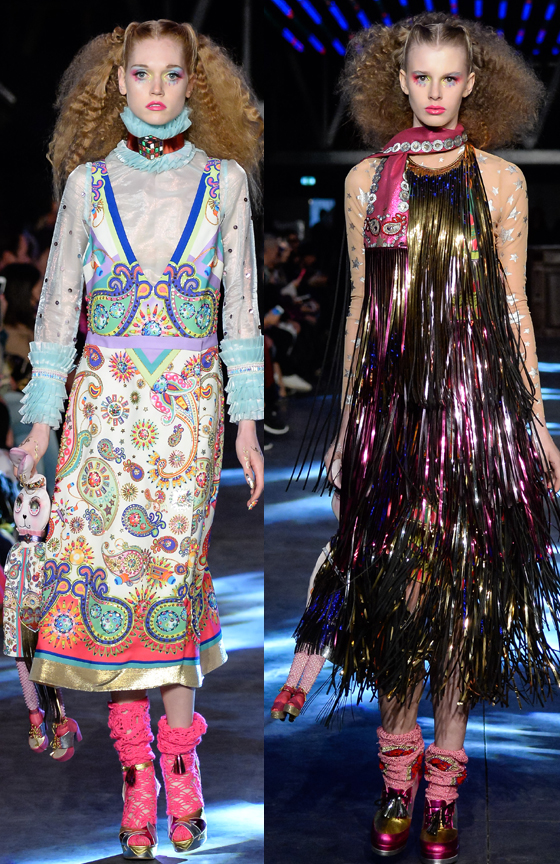 Read all about it! Paris’ favourite party bunny has been spotted out on the town this week, living it up in the city of light’s top nightspots in shimmering sequins, glittering lurex and gold glitter. Channeling the glamour of disco divas Diana Ross, Grace Jones and Bianca Jagger she was caught sharing many indiscreet moments with her various admirers.

No night was complete without a sighting of the chic star. On Monday she was spotted shimmying in layered metallic fringes and spangly disco platforms by Terry di Havilland.

On Tuesday, she danced until dawn in gypsy-inspired embroidered paisley and floor-length tiered florals.

On Wednesday the free spirit let it all hang loose in butterfly printed kaftans and mirror work embroidery.

On Thursday she was seen in the arms of a new beau, whilst she strutted in asymmetric star spangled disco gowns embroidered with layered lurex stars that resembled the spinning disco balls she danced under all night. On Thursday night she lit up the dance-floor in bright oranges, flashy reds, electric pinks and purple and green moire while she swapped partners until the morning light.

On Friday things heated up at yet another smoky bois de nit, and Bunnyla showed no sign of slowing down as she outshone and outlasted all her party pals in laser-cut metallic leather on striking sweeping floor length skirts.

Saturday was a new night, another new man and another party. How does she stay so fresh? Rumour has it she always has a lipstick to hand tucked into her underwear – ever ready for a fresh slick of glitter on those famously full lips.

On Sunday the party didn’t stop as our inexhaustible Bunnyla finished the week in style – spotted with not one, not two, but three different amours in different locations. How does Bunnyla do it? Idle talk has implied chemical substances may play their part but don’t believe the gossips! No rest for the wicked!