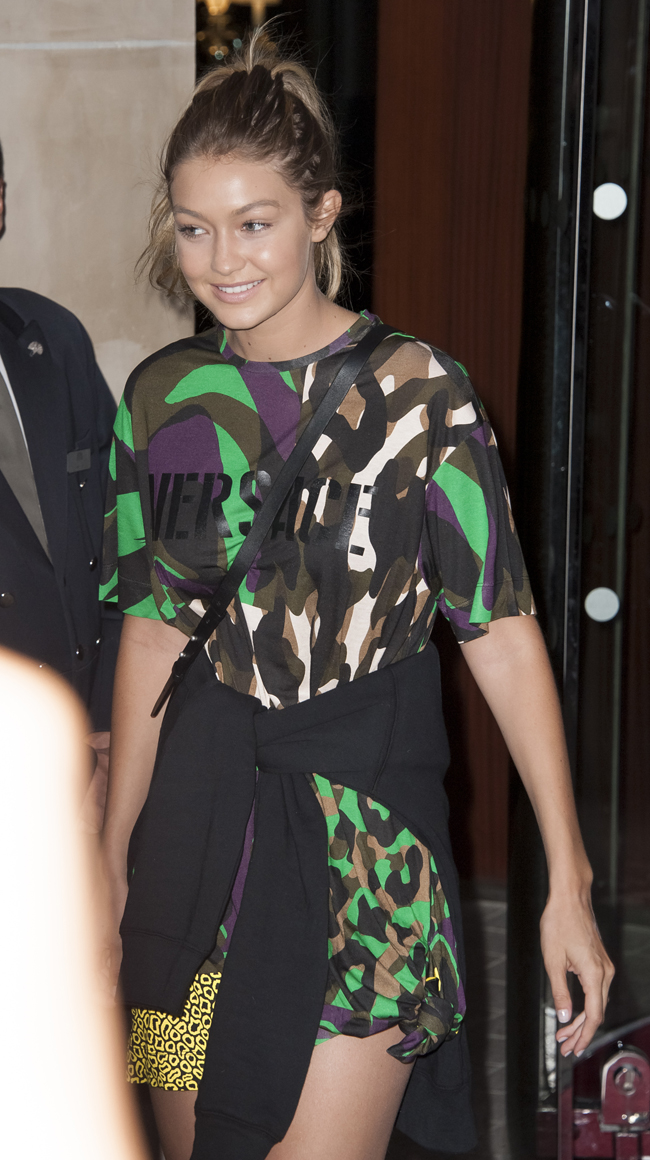 Gigi Hadid was spotted on the streets of Paris wearing Versace. The supermodel was gorgeous in a new look inspired by the Spring Summer 2016 Runway show. She stunned in a multicolored animal print t-shirt dress with Versace logo on the front. 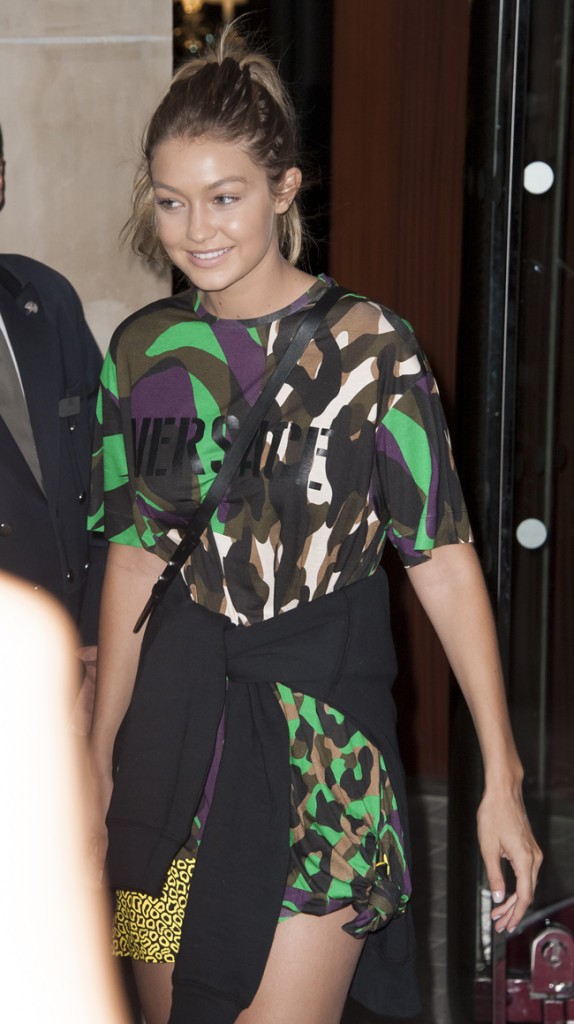 Gigi Hadid and Joe Jonas leave her hotel on September 26, 2015 in Paris France