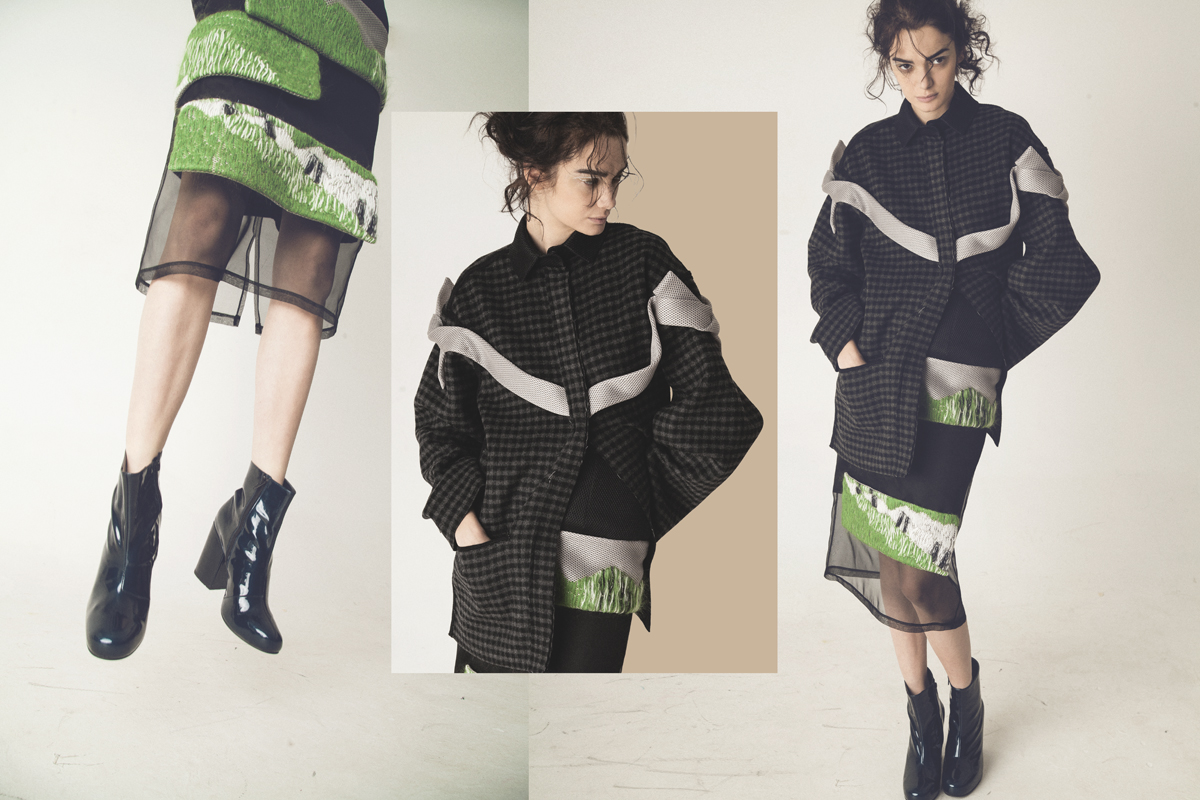 “Atelier Kikala” was established on basis of photo studio “Kikala Studio”. “Kikala Studio” has been functioning since 2005 as an advertising photo studio. Since then “Kikala Studio” has implemented a number of successful photo projects.In 2011 “Kikala Studio” started a series of photo projects Butoh Garden, The Liquid Sky, Virgin Suicide, Les Fleurs Du Mal, where clothes created under own design were used for the first time. These successful projects and peoples positive feedback gave the basis to the idea of “Atelier Kikala”. “Atelier Kikala” started functioning on 1st September, 2012. Manager and chief designer of the atelier is the Art Director of “Kikala Studio” Lado Bokuchava. Atelier has been equipped with the latest equipment. “Atelier Kikala” 2013-2014 autumn and winter collection was created for presentation of the new brand. Ocean algae, fishes, their anatomical structure, microorganisms and national Japanese dresses have become the source of inspiration for this collection. Costumes are made from leather and net, black beads have been also used giving association of caviar. Nets of different thickness and texture are overlapping and forming lines, thus repeating the form of algae. Transformation of a Japanese Kimono sleeve gives the form, which together with a common silhouette of clothes, creates a fish shape. Main line of the collection is handmade leather-carved ornaments, which represents a mixture outlining the anatomical structure of fish bones and old Japanese drawings. General look of the collection is quite strict and tender at the same time and hand carved ornaments add femininity to them; however, geometric distribution is also feasible. Collection does not belong to any definite style as there is much classic and sport in it due to shoulder cuts, net textures and back décolleté. We believe that the final version will be actual for 2013-2014 autumn and winter seasons. We want to introduce elements of art and high fashion technologies in casual clothes and make everything available for an ordinary customer at the same time.