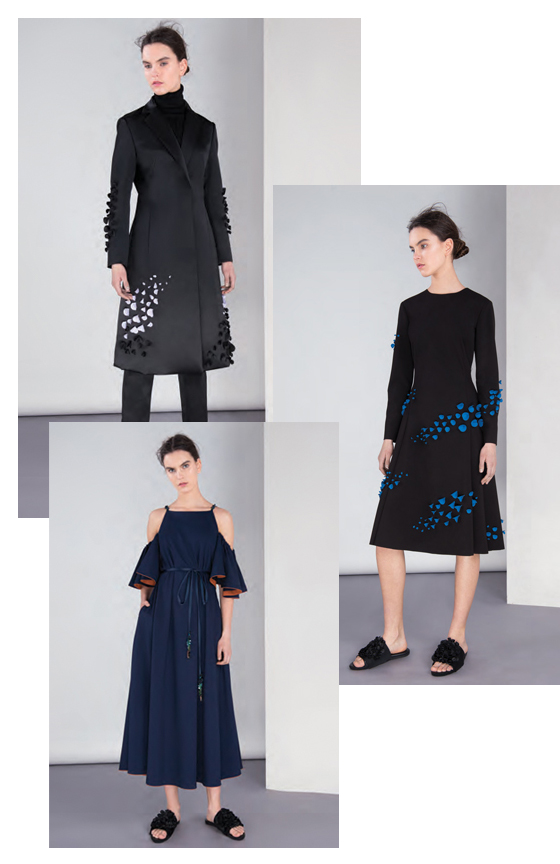 Anna October is a womenswear brand that transforms femininity in a new playful way. Our product evokes feeling of youthfulness with its original design. Modern grace and joy are key words to Anna October aesthetics. Anna October’s aim is bringing a new emotional experience for her customers. The mission of Anna October is to bring her vision of a “new luxury” through the craftsmanship and innovation by her designs around the world. Anna October’s statement is feminine style and precisely tailored silhouettes.

Anna October was shortlisted among best international fashion designers for LVMH Prize, 2014. In January 2014 Anna October was selected by Pitti Immagine W as an invited designer to showcase in a Guest Nation Project in Florence.

In 2012 Anna October debuted with her collection as a participant of international fashion weeks such as London Fashion Week, Paris Fashion Week and Mercedes- Benz Kiev Fashion Days. Earlier, for strong distinctive style and high quality standards Anna was chosen to take part in the special project art-directed by David Foley for Atelier 1 where she launched her brand and created a space in the famous concept store in Kiev.

Anna October was born in Ukraine and graduated with diploma in pattern cutting and tailoring, later she took 2 years fine art studies in Odessa. Her family name, which was given to her grandfather after the Great October Revolution (1917), paid homage to the roots by turning into the brand’s name.

Anna October is stocked by Blank Boutique in Riyadh, Grain in Kuwait, Sauce in Dubai and Atelier1 in Kiev.