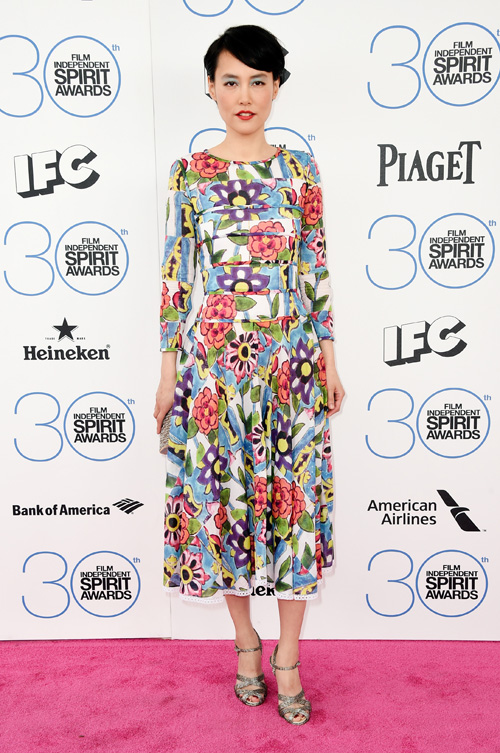 Rinko Kikuchi, nominated for the best actress award for her performance in “Kumiko, the Treasure Hunter”, wore a printed cotton long sleeve dress, Look 49, from the 2014/15 Cruise Collection.
She was carrying a gold metal clutch and was wearing silver leather sandals.