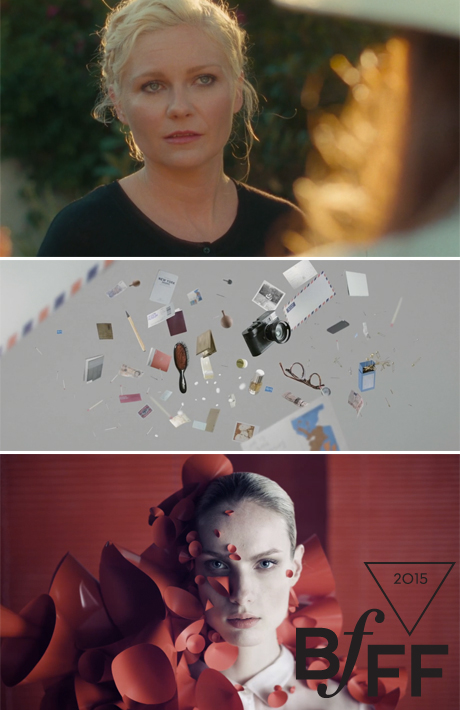 Berlin fashion Film Festival has announced today the jury members for the fourth edition of the leading international film festival focused on fashion. The annual event brings together top creatives of the fashion, film and advertising industries to discover, award and network with the next generation of visual talents.
“We are always on the lookout for those awesome creatives who are shaping and moving the visual industries. These are the people who’ll be able to bring a positive change to the impressive talent we’ll once again be presenting this year”- states Frank Funke, co-founder and Head of Programme of Berlin fashion Film Festival.

Enjoy watching a sneak peek of some of this year’s submission HERE.

– David Danesi – Founder & CEO of Digital District (France)
High-end-post-production house contributing to numerous multi award winning movies such as The Artist and outstanding commercials such as The Odyssey for Cartier.

– Kerstin Geffert – Co-Founder & Owner of Silk Relations (Germany)
Founder of one of the most important Berlin-based PR and events agency focused on fashion and lifestyle, with brands like Levi’s, Nike, Uniqlo, Augustin Teboul, Bobby Kolade and Malaikaraiss.

– We Are From L.A. – Directors (U.S.A.) Nominees and winners of several awards, including UKMVA, YDA’s, one Grand Prix and six Lions at Cannes Lions 2014 with Pharrell Williams’ 24 hours of Happy.

Berlin fashion Film Festival is an intimate experience for creatives from the film, advertising and fashion industries. The event takes place once a year in Berlin and sees thought-leaders and creative professionals come together to be presented and awarded for the best fashion film productions. Focusing on promoting and recognising visual talent, since 2012 BfFF has been connecting brands, labels, designers, filmmakers, producers, advertising agencies and clients. More information on berlinfashionfilmfestival.net