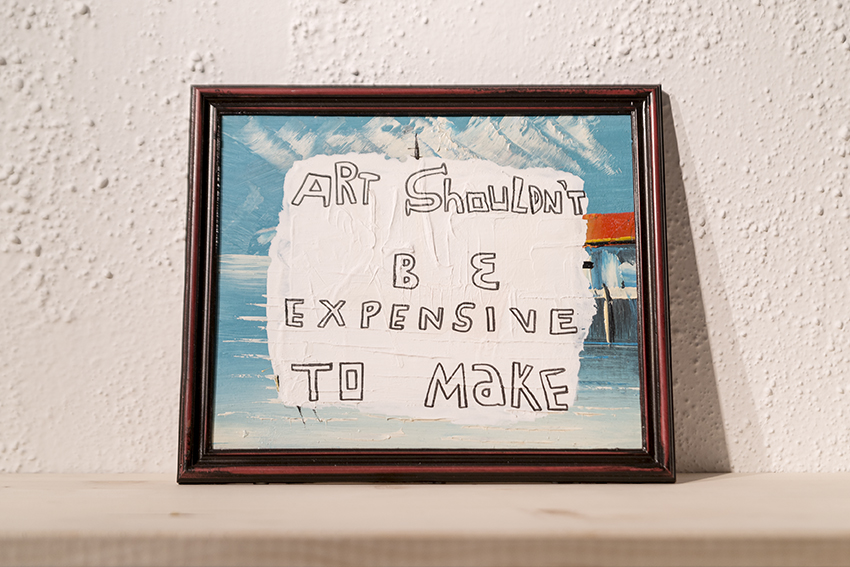 Galleria Bianconi will be presenting the first event in the Cuban Contemporary Perspectives project organised and curated by Giacomo Zaza from 18th November 2014-18th January 2015, with an exhibition of the work of three Cuban artists, Eduardo Ponjuán, Lázaro Saavedra and Tonel.

Cuban Contemporary Perspectives, a project exclusively devised and curated by Giacomo Zaza for Galleria Bianconi, embraces various different periods and themes related to modern-day artistry in Cuba, focusing on certain experiments that are relatively unfamiliar in Italy but constitute an important part of the vast cultural archipelago of the island of Cuba.

Taken as a whole, Cuban Contemporary Perspectives depicts an intricate artistic landscape open to new lines of projection and perspectives based around four separate events: four exhibitions aimed at conveying different contexts, on one hand anthropological and sociological – focusing on nomadism, everyday life and excavating identity – and on the other, imaginative and fanciful, combined with more intimate and thoughtful lines of thinking. Each of the four events is a multifaceted and fluctuating study into a given theme, showing careful attention to history, politics, the city and everyday settings to emphasise the multifarious nature of artistry in Cuba. With this in mind, our special thanks go to Christian Maretti and Miria Vicini, whose work in Cuba over a period of over ten years has made it possible to carry out this sweeping project.

Cuban Contemporary Perspectives #1, the first exhibition, focuses on, three artists, Eduardo Ponjuán, Lázaro Saavedra and Tonel, who, despite their different approaches and interests, share the same attention to parody, poetry and irony, which create a sort of “narrative” moving beyond the island’s physical and mental boundaries. Eduardo Ponjuán’s works evoke life in Cuba through all kinds of different subtle analysis in a metaphorical tone based around across-the-board thinking. The set of drawings on display at Galleria Bianconi – focusing on the representation of gold bars and money and created out of old history of art books, whose captions are used to create a farcical dialogue – together with object-based works made out of coins, generate semantic interplay wavering between financial decay and cultural sublimation, between weak currency and monumental artistic “triumphalism”. His works reveal a metamorphosis of money, whose sheer scope constitutes a cutting analysis of the potential fate of a nation and its economy in relation to global finance.

Lázaro Saavedra takes critique and sarcasm as a platform for tackling social and cultural issues. His performative and multimedia art is constructed out of “lowbrow” languages and popular forms of culture – such as animation, cartoons and wall painting – but manages to touch on both codes of behaviour and also codes of thinking: the means of communication and contradictions found not just in Cuba but also on the international scene. This desire to investigate intimate public and collective space on “multiple” levels has resulted in the creation of a brand-new site-specific wall installation designed for Galleria Bianconi that Saavedra uses to explore the relationship between art, politics and the collective psyche through a combination of humour and grotesque.

Tonel’s graphic works – following in a tradition stretching from Hogarth, Goya and Grosz to Cuba’s own brand of ironic illustration and caricature – touch on the issues of male and female, the individual and society, and the subversion of masculinity associated with the Cuban Revolution. In a highly satirical vein as always, Tonel ventures into a maze of cutting-edge issues, such as the global economy and neo-liberalism, financial downturns and investments in stock markets, studying the links between scientific, material and moral progress. This is the framework in which Amistad (a Russian word meaning ‘Friends’) was created, a brand-new installation that Tonel designed for Galleria Bianconi drawing inspiration from a trip Fidel Castro made around a number of African nations in 1977 in an attempt to spread the influence of the Cuban Communist bloc.

The three artists invited to take part by Giacomo Zaza reflect on socialist utopias and their failure, moral disorientation and “historical discontinuity”, inevitably poised between various different contexts deriving from reality and the realms of the imagination. Once again, then, Cuba takes on the status of a fruitful performative frontier, a field of action and embryonic location for a kind of linguistic redesigning of art that is as aesthetic as it is ethical.

Following Cuban Contemporary Perspectives #1 featuring Eduardo Ponjuán, Lázaro Saavedra and Tonel, the next events will be #2 with Liudmila&Nelson, Diana Fonseca and René Peña in April 2015, #3 with Ernesto Leal, Sandra Ramos and Grethell Rasúa in September 2015, a special event with Maria Magdalena Campos-Pons & Neil Leonard in November 2015 and #4 with Javier Castro, Luis Gárciga and Levi Orta in March 2016, again curated by Giacomo Zaza at Galleria Bianconi in Milan.