Remembering Monaco A film by Sofia and Roman Coppola

Remembering Monaco A film by Sofia and Roman Coppola

A hallmark of Sofia Coppola’s films is a cast of singularly stylish characters, and this is particularly true of the director’s latest work for CHANEL. 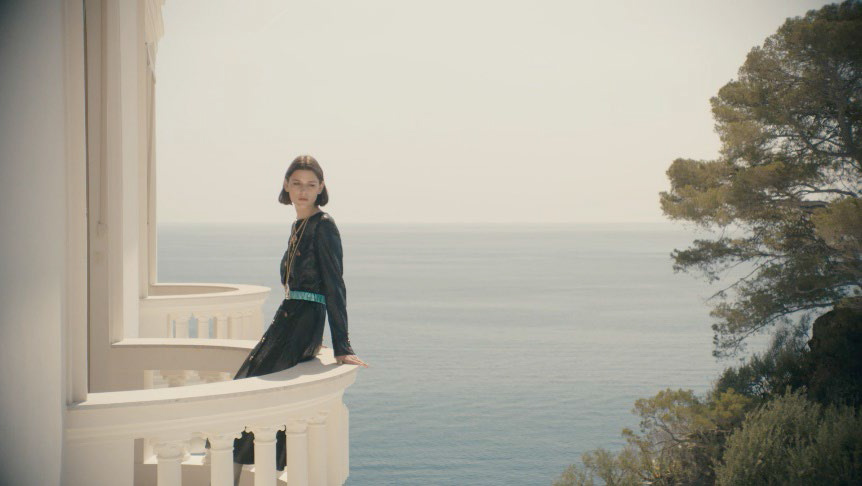 A hallmark of Sofia Coppola’s films is a cast of singularly stylish characters, and this is particularly true of the director’s latest work for CHANEL. The film, directed by Sofia Coppola and her brother Roman, captures the upbeat, carefree spirit of the CHANEL Cruise 2022/23 collection by Virginie Viard, presented at the Monte-Carlo Beach Hotel in May 2022. A vibrant souvenir, it weaves together glimpses from the runway and behind-the-scenes moments alongside footage of a glamorous vacation, all set to the swooning “Slave to Love” by Bryan Ferry and Phoenix’s boisterous “Rally.”

Each CHANEL Cruise collection, says Sofia Coppola, is a fantasy, a vision of a vacation and the outfits one might wear. This romantic sensibility courses through the film, which follows a group of young women holidaying in the sun-drenched Riviera. The cast includes French actress and CHANEL ambassador Lyna Khoudri, along with models Vivienne Rohner, HyunJi Shin, Blesnya Minher and Mariam de Vinzelle, who swim, sunbathe and whiz through the Mediterranean by boat, capturing the pleasures of Monaco on Polaroid film.

With each fragment of the supercut, Sofia Coppola sews a connective thread between CHANEL and Monaco, the setting that inspired the collection. Cars speed around a race track, before pit crew suits in tweed or silk make their way down the catwalk. The women practice their tennis grips and rehearse their swings; later, they wear bags shaped like racquets. The black and white checks of their swimsuits are reflected in a billowing racing flag. Sofia Coppola further forges this bond with images of La Vigie, Karl Lagerfeld’s regal villa. It was there, on the night of the show, that Nile Rodgers made a surprise appearance, performing his legendary songs for rapturous guests.

The last time Sofia Coppola visited Monaco, she was in her 20s, going to the race track and staying at La Vigie at Karl Lagerfeld’s invitation. With this film, she adds new memories to her own collage of Monte Carlo. It is a travel diary, allowing viewers to relive her voyage, time and again.

The Cruise 2022/23 collection will be available in CHANEL boutiques from November 8th in the United States and November 16th worldwide.