Of all the celestial phenomena, shooting stars are the most romantic and intriguing. Unpredictable, ephemeral and mysterious, their light streaks across the night sky, appearing and disappearing in the blink of an eye. 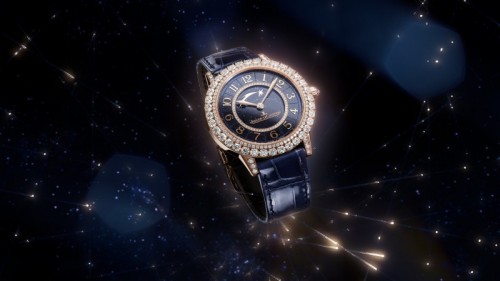 Of all the celestial phenomena, shooting stars are the most romantic and intriguing. Unpredictable, ephemeral and mysterious, their light streaks across the night sky, appearing and disappearing in the blink of an eye. That they are not in fact stars but meteors – flashes of light created when rocky debris burns brightly on hitting Earth’s atmosphere – does nothing to diminish their magic. Visible only at certain times of year and under the right conditions, these rare phenomena have fascinated mankind since the dawn of time – and now have inspired the watchmakers of Jaeger-LeCoultre.

· A blue Aventurine dial evokes the night sky, with multiple layers that conceal and reveal the shooting star; an outer bezel of griffe-set diamonds enriches the display

· The new automatic Jaeger-LeCoultre Calibre 734 reconciles the randomness of shooting stars with the precisely calibrated, mathematical rhythms of timekeeping 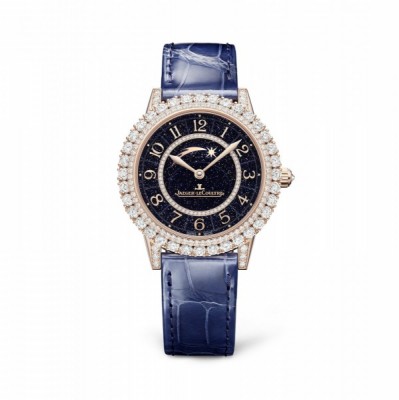 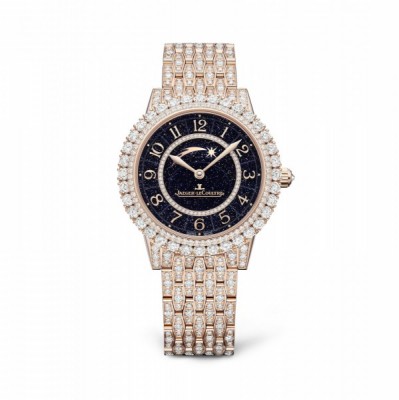 In 2022, the Rendez-Vous Dazzling Star recreates this enchanting celestial phenomenon on the wrist, thanks to an entirely new mechanism conceived and developed within the Manufacture. Activated by the movement of the wrist, the shooting star appears on the dial at random moments – usually four to six times per hour – its unpredictability making it even more special. To enjoy the enchanting display more often, the star may also be summoned on demand by turning the winding crown several times. 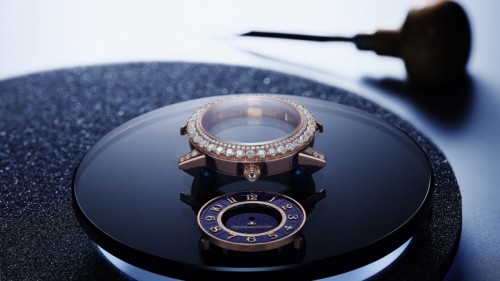 Entirely made of blue Aventurine, the dial of the new Rendez-Vous Dazzling Star exquisitely captures the beauty of a star-studded night sky. In the centre, framed by a ring of diamonds, three discs are layered over each other. The first layer, an oval of Aventurine, conceals the shooting star when it is inactive. Beneath it is a circular disc of Aventurine with a cut-out of the shooting star; when activated, this disc spins, sending the star on its curving path across the upper dial. As the star passes, the cut-out reveals the deepest layer of the dial – a fixed disc of golden metal with a glowing gradient finish that accentuates the sense of movement.

Loyal to the codes of the Rendez-Vous collection, this central display is surrounded by a ring of applied numerals in the signature Floral font and applied hemispherical hour markers. The time is indicated on these scales by golden Floral hands. Surrounding the 36mm pink gold case, the Dazzling Rendez-Vous bezel forms two concentric rings. There’s an airy quality to these glittering circles, thanks to the prong (or ‘griffe’) setting of the outer ring of 36 stones. A classical jewellery technique introduced in the Rendez-Vous collection in 2019, it is an exquisite testament to Jaeger-LeCoultre’s gem-setting expertise. Fine gold claws hold the diamonds high, allowing light to pass through them from every angle, maximising the presence of each stone while minimising the visible metal. To complete the watch case, the upper surfaces of the lugs are set with diamonds and an inverted diamond is set into the crown. The rich blue of the dial is complemented by a shiny blue alligator strap with a folding buckle, or by a sumptuous, fully-set pink gold bracelet specially designed for the Rendez-Vous Dazzling Star. The bracelet’s lozenge-shaped links are grain-set with a total of 436 diamonds (for 4.88 carats) and linked seamlessly together, to wrap around the wrist with the suppleness of a ribbon. 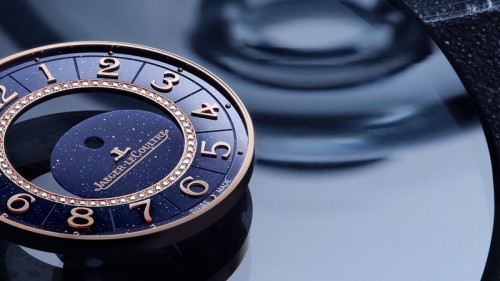 Inspired and Created in the Vallée de Joux

To create a mechanism that expresses an unpredictable phenomenon is a fascinating challenge for watchmaking as it appears to defy the laws of horology – a world where everything is expressed through precisely calibrated, mathematical rhythms. Drawing on almost 190 years of expertise accumulated within the Manufacture, the engineers and watchmakers of Jaeger-LeCoultre have developed the new in-house automatic calibre 734, incorporating the new shooting star mechanism. In doing so, they have succeeded in an unprecedented feat of capturing a random cosmic phenomenon in a watchmaking complication.