Ninety years after the creation of the first High Jewelry collection, the CHANEL Fine Jewelry Creation Studio has drawn inspiration from the modern spirit of "Bijoux de Diamants" to create a new story.

Ninety years after the creation of the first High Jewelry collection, the CHANEL Fine Jewelry Creation Studio has drawn inspiration from the modern spirit of “Bijoux de Diamants” to create a new story.

“I wanted to return to the essence of 1932 and to harmonize the message around three symbols: the comet, the moon, and the sun. Each heavenly body shines with its own light.”

The “1932” High Jewelry collection is a voyage out of time and place to gaze up at the circling of the planets and the movements of the stars. From the legendary original collection, Patrice Leguéreau, Director of the CHANEL Fine Jewelry Creation Studio, has retained the theme of the heavenly bodies, the purity of the lines and the freedom of the body.

The perfect roundness of the diamonds endows the symbols with a form that is eternal, while their scintillation is enhanced and intensified by their rays. “1932” draws a new map of the heavens. With the comet, an icon of CHANEL jewelry from the creation of the open necklace that threaded around the neck and flared over the bust. With twisting spirals and shooting stars circling in endless pursuit of the celestial bodies. The moon – which had only a solitary presence on just one piece in the “Bijoux de Diamants” collection – emerges in the “1932” collection as an icon in its own right. The original crescent moon now rises to become a full moon, its light glowing in a shimmering halo. And naturally there is the power of the sun, with all the graphic clarity of its rays.

By revisiting the past to better project itself into the future, the CHANEL Fine Jewelry Creation Studio has invented living jewelry, in an osmotic relationship with the ever-changing rhythms of the body’s movements. Out of 77 spectacular creations, 13 are transformable, wrapping around and resting freely against the skin in a profusion of celestial bodies. Star-studded coils can be twisted around the wrist at will to create unique constellations. Every heartbeat and each inward breath makes the sun nestling at the base of the neck quiver. By wearing them in her own way, every woman traces a unique course for the comets against her skin. Sapphires as blue as the night, diamonds of intense blue or as yellow as the blazing sun, opals as deep and intricate as a galaxy, rubies of a vibrant red, spinels glowing like dawn, tanzanites with the color of the skies: if the original collection was almost entirely pristine, a pure distillation of light, the “1932” collection gives pride and place to colorful gemstones.

“I wanted to cover women with constellations. With stars! Stars of all sizes.”

Featured on 34 pieces, either singly or in constellations, this heavenly body is like a lucky charm with its light and aura, watching over the destiny of the woman who wears it. 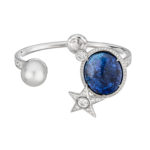 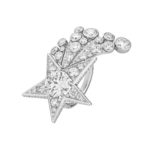 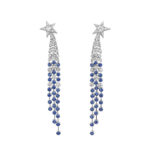 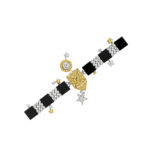 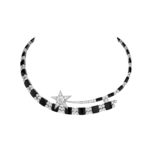 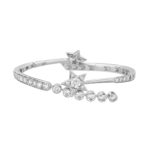 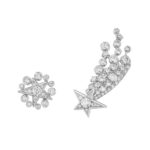 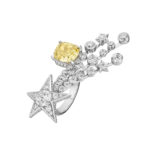 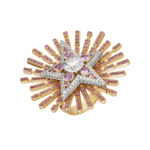 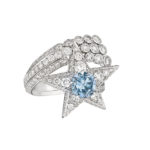 “I love everything that is above us: the heavens, the moon, I believe in the stars.”

18 pieces pay homage to the most mysterious heavenly body in the solar system, the only one that doesn’t emit light but reflects it. 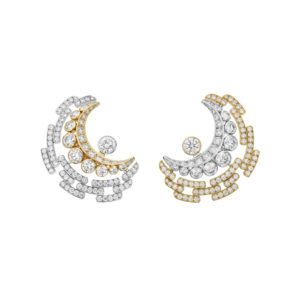 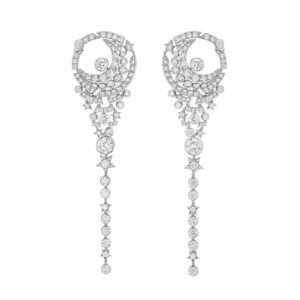 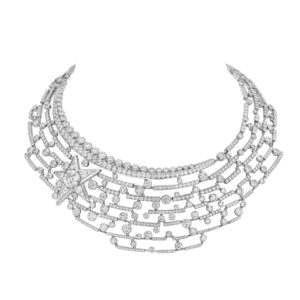 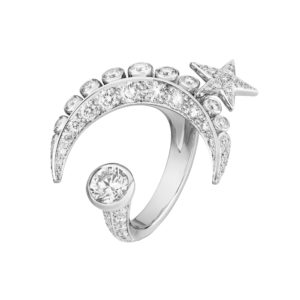 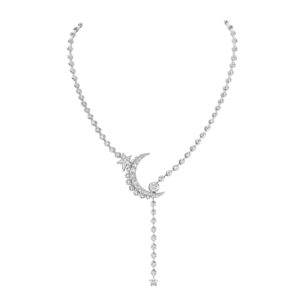 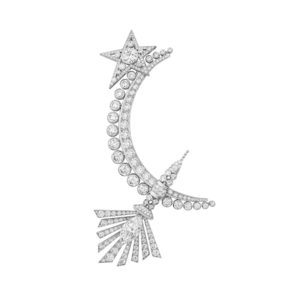 Always in motion, always surprising, sometimes low in the sky, sometimes at its zenith: 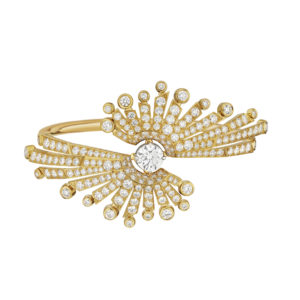 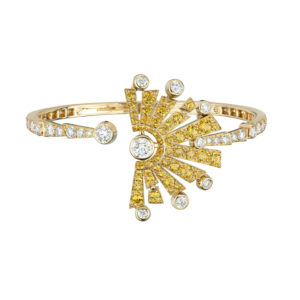 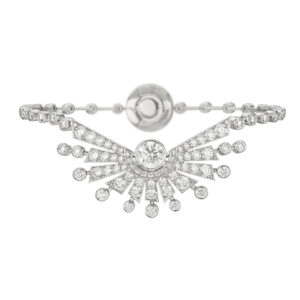 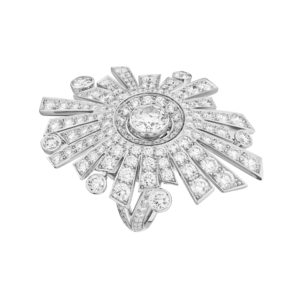 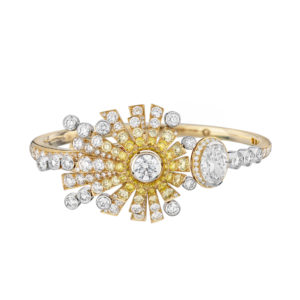 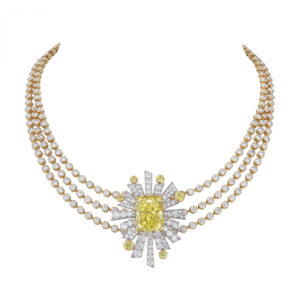