On the occasion of the 59th International Art Exhibition - La Biennale di Venezia, Louis Vuitton proposes various initiatives that celebrate and support contemporary art and the exceptional historical and artistic heritage of the Serenissima. 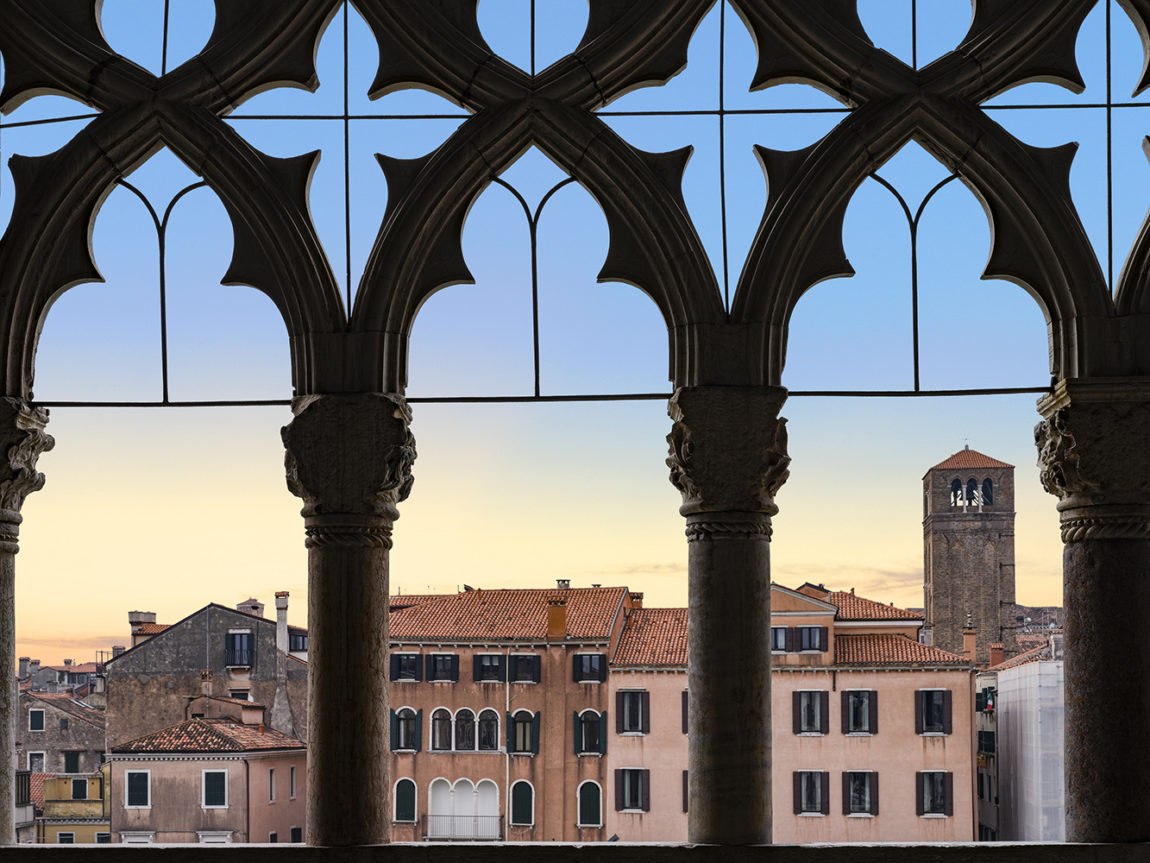 On the occasion of the 59th International Art Exhibition – La Biennale di Venezia, Louis Vuitton proposes various initiatives that celebrate and support contemporary art and the exceptional historical and artistic heritage of the Serenissima. From the in situ work of the German artist, Katharina Grosse, to the renewal of partnerships with local foundations that are involved in preserving the treasures of Veneto, Louis Vuitton reaffirms its commitment in a city where history intersects with constant progress cultural. 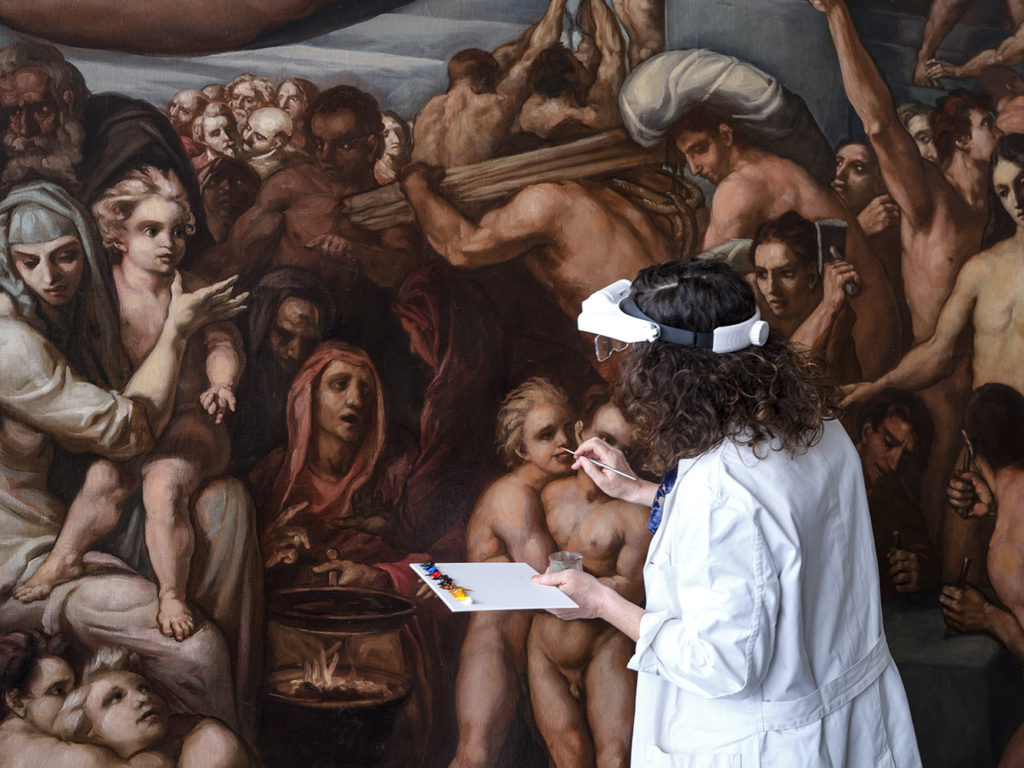 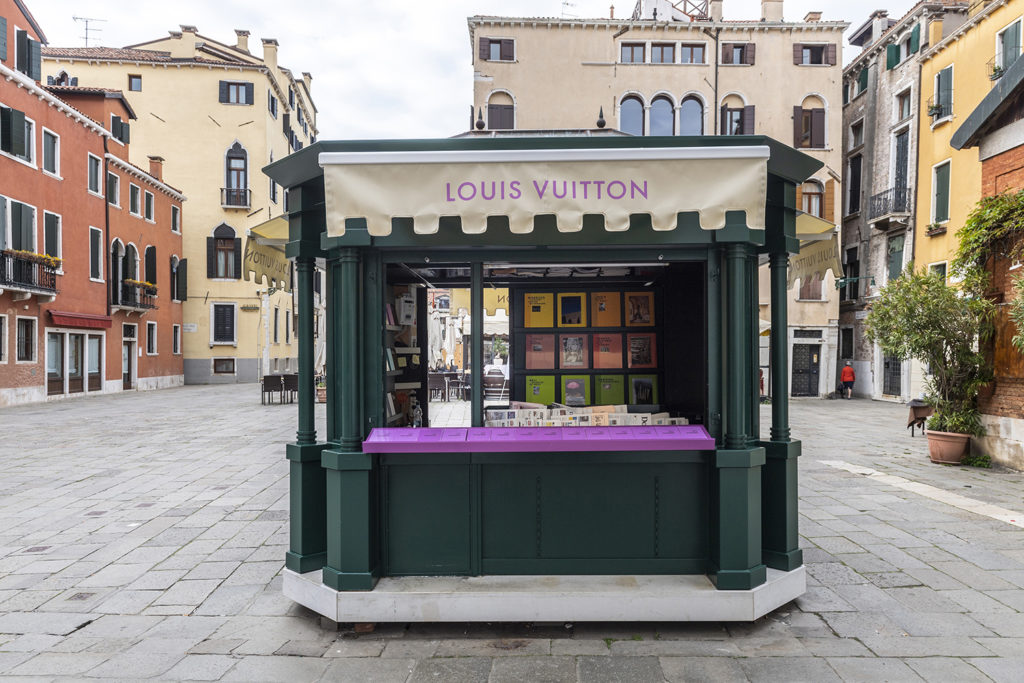 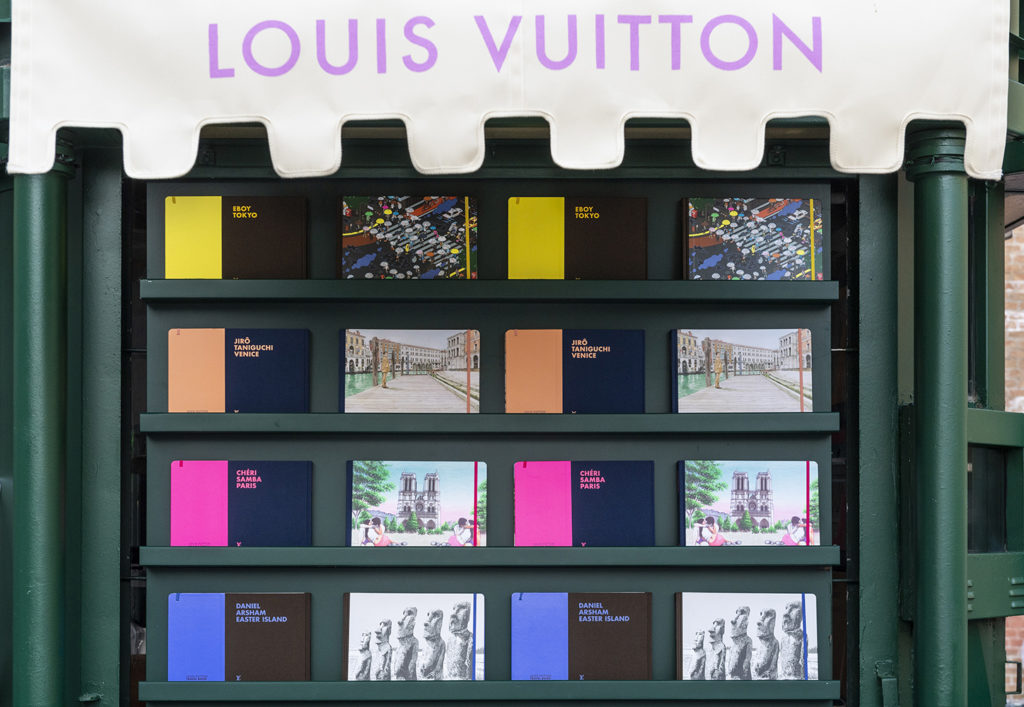 Created especially for the Espace Louis Vuitton Venice, in a black space that largely covers the floor and wall, Apollo, Apollo offers the image of the artist’s hands printed on a metal mesh, depicting the moment when the borders between the artist’s body and the colored matter they are confused in the creative act. In the context and in the Venetian imaginary, from Fortuny fabrics, to Terrazzo mosaics, to the omnipresence of water and reflections, the fluidity of the metal mesh and the chromatic intensity of Apollo, Apollo (title that acts as a mantra with polysemic connotations , condensing and combining mythology with the conquest of space) take on a particular resonance. The surface reflects the movements of visitors and helps to create a true typically Venetian mirror effect. Between transparency and opacity, letting the light filter through, Apollo, Apollo opens up to a dreamlike world in which visitors question their perception of reality and illusion. 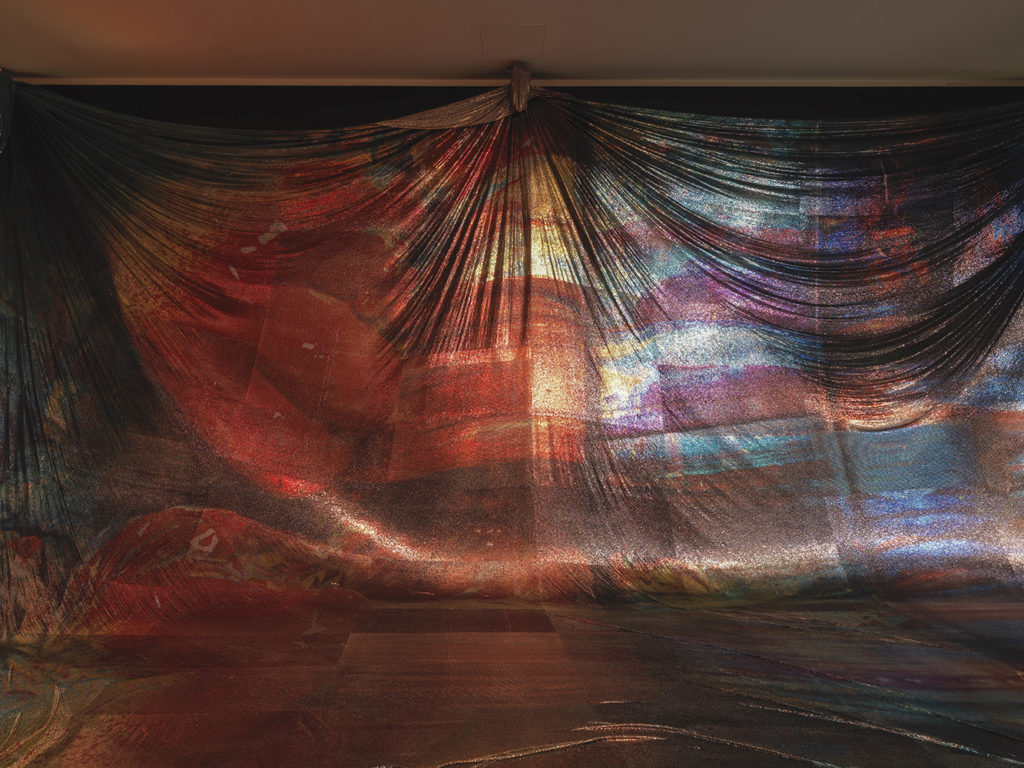 Louis Vuitton’s passion for creativity and contemporary art goes hand in hand with the desire to preserve the historical heritage. By supporting Venetian Heritage, an international non-profit organization, Louis Vuitton will contribute to the renovation and restoration of the Ca ‘D’Oro Museum with a donation.

In 2021 Louis Vuitton renewed its partnership with the MUVE Foundation, which manages, promotes and enhances the complex system of the Civic Museums of Venice. With the support of Louis Vuitton, MUVE will restore a series of paintings by the French artist Émile Bernard. Exhibited for the first time in the MUVE collection, they will be unveiled at the Espace Louis Vuitton Venice starting from December 2022, before returning to be exhibited at the Correr Museum. Finally, from 20 April for a limited period of time, Louis Vuitton will restore a series of historic newsstands to their original splendor. The newsstands will host, in addition to the usual sale of newspapers and periodicals, the complete collection of Louis Vuitton Travel Book, Fashion Eye and City Guide editions.