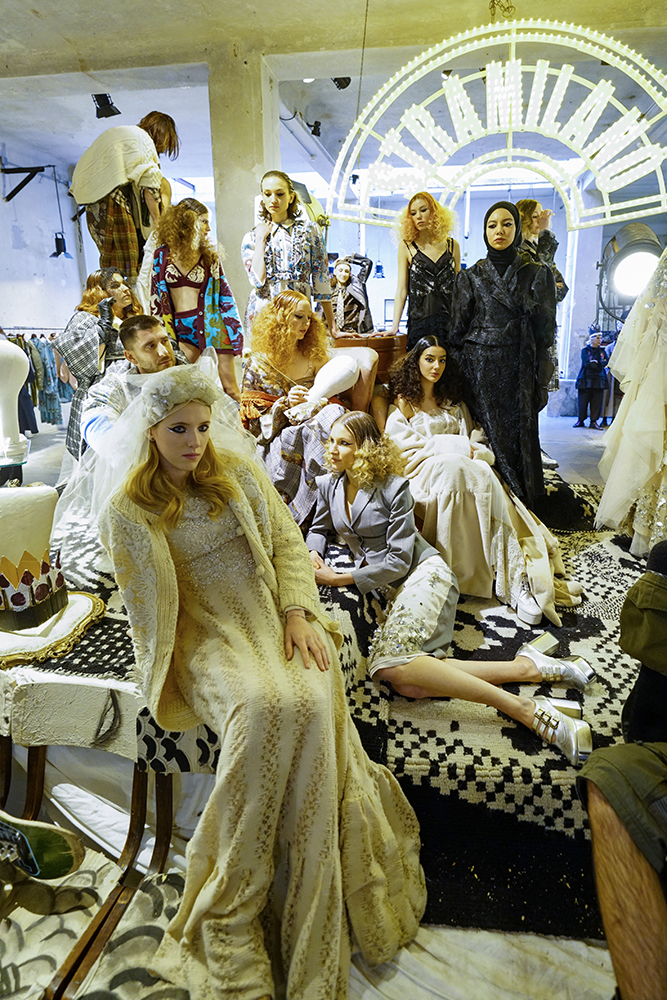 Oci ciornie is a 1987 film directed by Nikita Sergeevič Michalkov, inspired by some of Anton Čechov stories starring Marcello Mastroianni and Silvana Mangano. It is filmed between the thermal baths of Montecatini and the director’s Russian dachia with Suso Cecchi D’Amico as a protagonist. Chechov is the real protagonist of the performance. “Life is a theatre but rehearsals are not allowed” wrote the Russian writer, and with this performance there will be glimpses of reality and fiction… without the rehearsals. 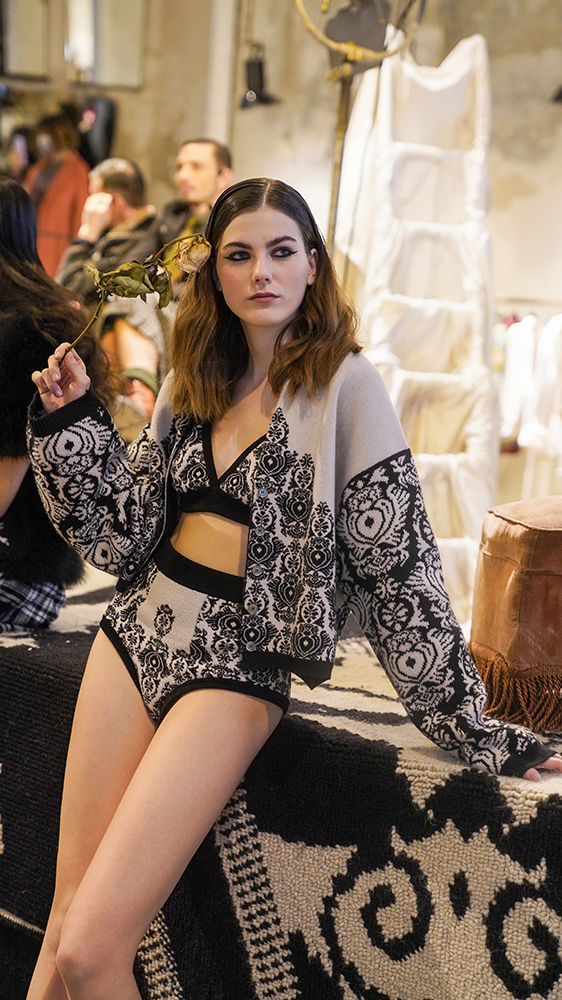 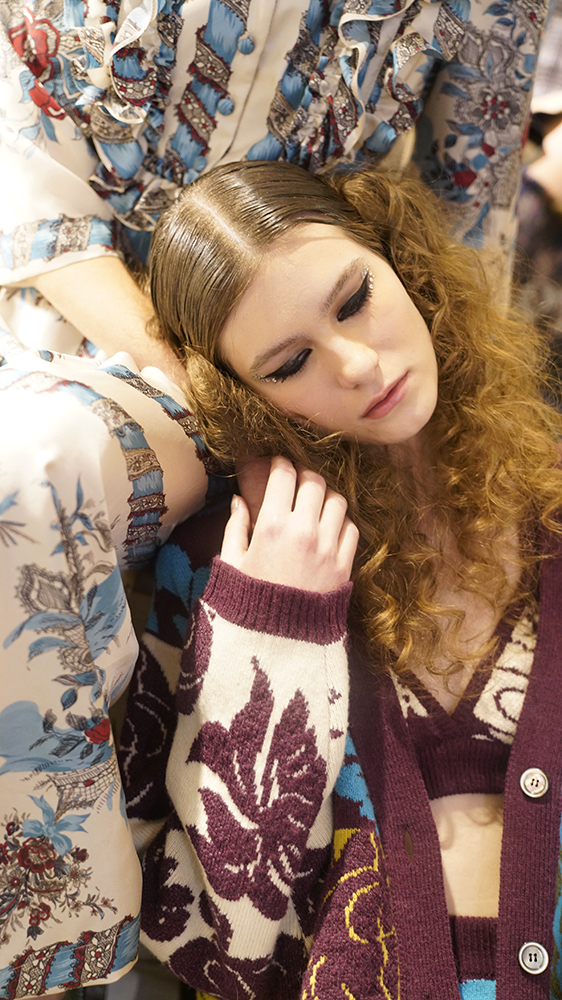 After presenting the collection in Moscow in a set that reproduces an abandoned Russian dacha, Antonio Marras presents the collection in Milan with an event created at centre stage in his Milan space Circolo Marras where timeless stories will come to life. 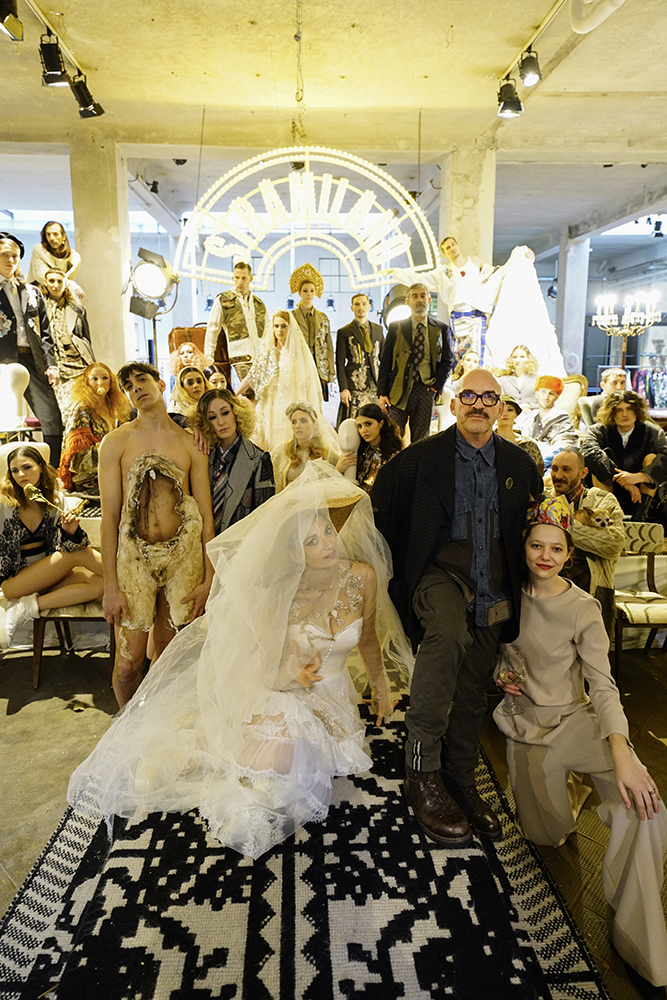 The entertainment is inspired by “Amami o sposerò un millepiedi” work of Anton Checov-Olga Knipper. Letters by Ferdinando Bruni, actor and author of the Teatro dell’Elfo Puccini. There will be Checov, Ferdinando Bruni who will write to Olga and who interprets Astrov from Zio Vanja, Masha from Tre Sorelle and Ljubov from “Il giardino dei ciliegi”. 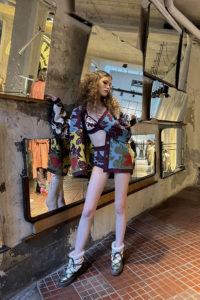 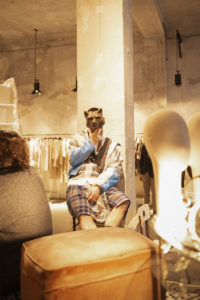 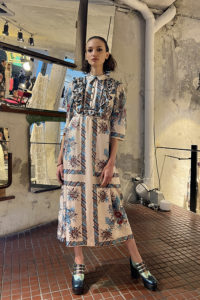 On the stage, contrary to a catwalk the guests will be parading, moving  and standing around while the performers, the actors, reel people, tik tokers, talents, influencers and models will be seated on the set or will be moving with gestures studied by choreographer Marco Angelilli. Gestures aimed at disorienting, telling, entertaining or capturing moments. 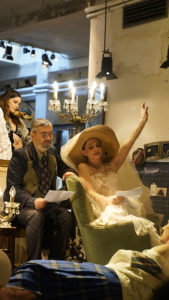 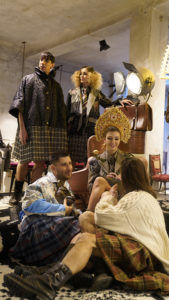 Actress Sandra Toffolati who will interpret Olga, the actress wife of Checov, currently playing at the Piccolo with “M: il figlio del secolo” by Popolizio taken from the book of Scurati and then  Riccardo Bocci, the ‘D’Annunzio’ of theatre and Giulia Heatfield di Renzi.  As well as Edoardo Barbone with Ferdinando Bruni, who on the 15th of March will debut at Elfo Puccini with “Edipo Re” with costumes by Antonio Marras. 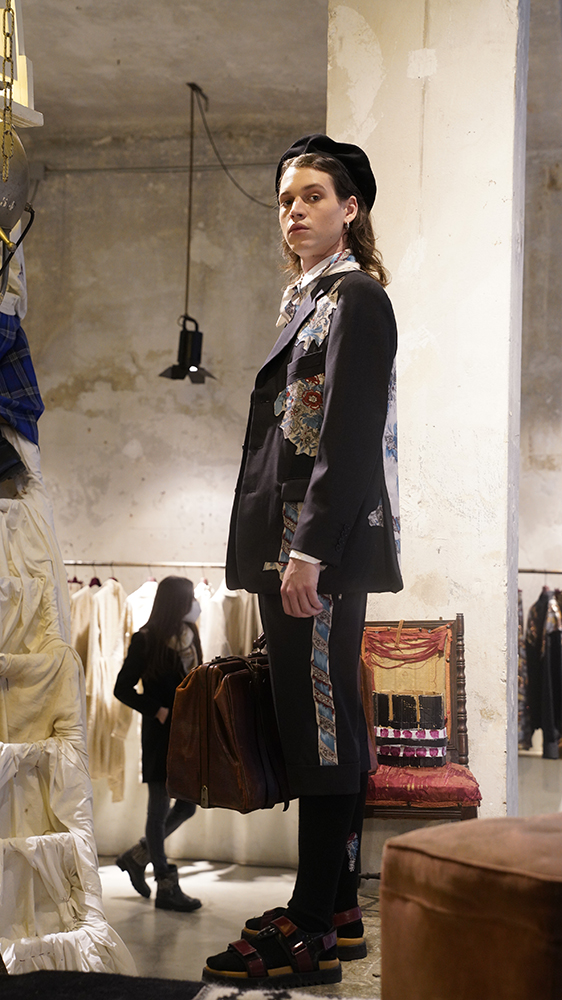 The Performers, Francesco Napoli, Edoardo Mozzanega, Francesco Marilungo,  Barbara Novati, Greta Cisternino and Isabella Meregalli who since the beginning have collaborated with Antonio have created the theatrical piece “Mio cuore io sto soffrendo, cosa posso fare per te?” to seal the Milan- Russia bridge. They will be performing under the STRAMILANO sign (created exactly ten years ago for a fashion show dedicated to Milly, queen of Milanese songs from the years 30/60’s). On the stage alternate tableaux vivant and performative interventions by artists engages in movements and attitudes aimed at recalling worlds that are now past and hinting at future ones. The performer Christian Cucco will wear and change clothes maniacally. Genres do not matter, the intended uses do not exist, the arts intersect: nothing is the same as before! In all this, artis Lucia Pescador, who has always been attracted by Soviet culture, will work on two large chalk boards exposing her artwork. Unworn garments will be hung up to be touched and viewed because up close everything is more real. 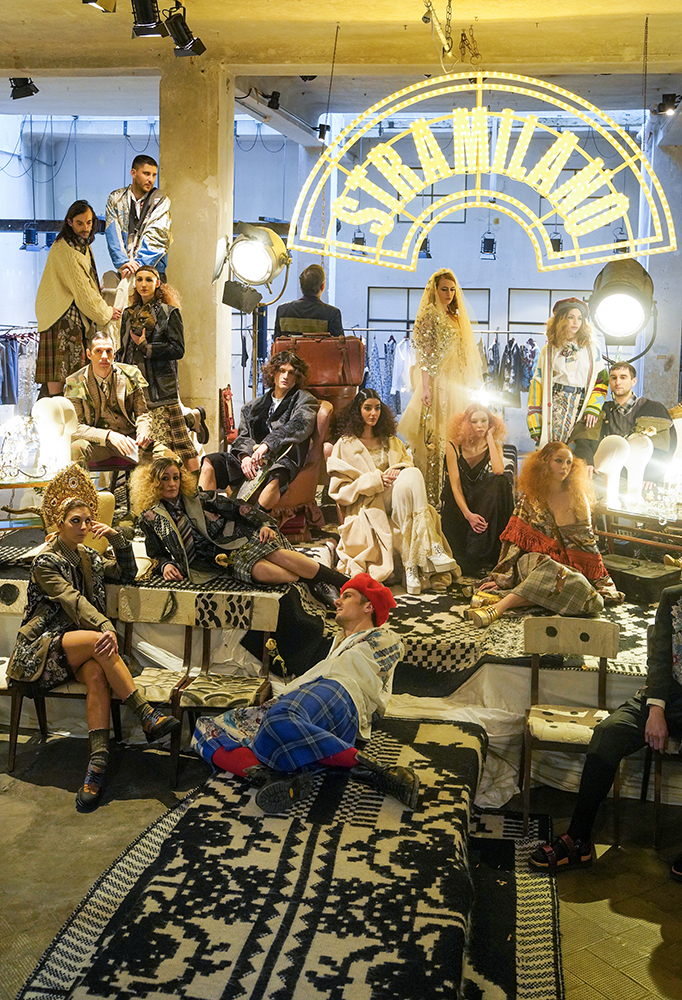 There will be exchangeable men’s and women’s looks, one of a kind revisited pieces like knits and kilts, as well as impeccably tailored jackets and suits. Tweed and glencheck men’s jackets come back to life, they experience a new and fresh makeover, where they are assembled together and enriched with embroideries and inlays of fabrics.

Unique coats are retrieved and reassembled with inserts and fixtures from discarded materials.

Bomber jackets and capes of various fabrics are mixed and combined by assonance or contrast.

Camel and a classic black and white.

Lines are loose and stiff or ruffled and curled.

Interrupted white shirts, broken aprons, ruffled clothes and split tuxedo jackets, because chaos has its own interior order and as the title of a book states “The Russians are mad” – but the but the Sardinians are no less…