Throughout the year, Louis Vuitton will introduce additional watch face designs to reflect collaborations, seasons, fashion shows and significant dates in the calendar, such as Christmas, Lunar New Year and Valentine’s Day. 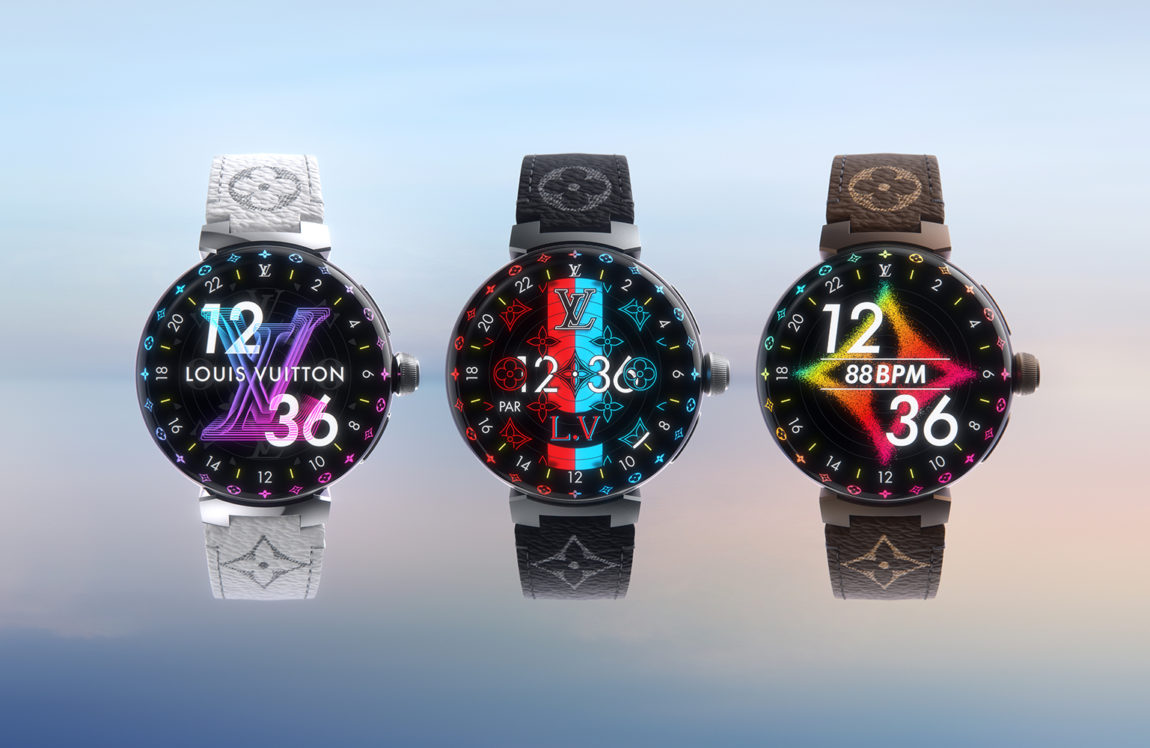 The watch creates a new paradigm in connected watches, offering never-seen-before levels of customisation and personalisation. Every element of the Tambour Horizon Light Up has been reimagined, redesigned and reengineered to deliver a magical and memorable user experience. Even the operating system is custom-made. The watch seamlessly brings the worlds of art and technology together, delivering next-chapter luxury and a landmark in the story of high-end connected watches. 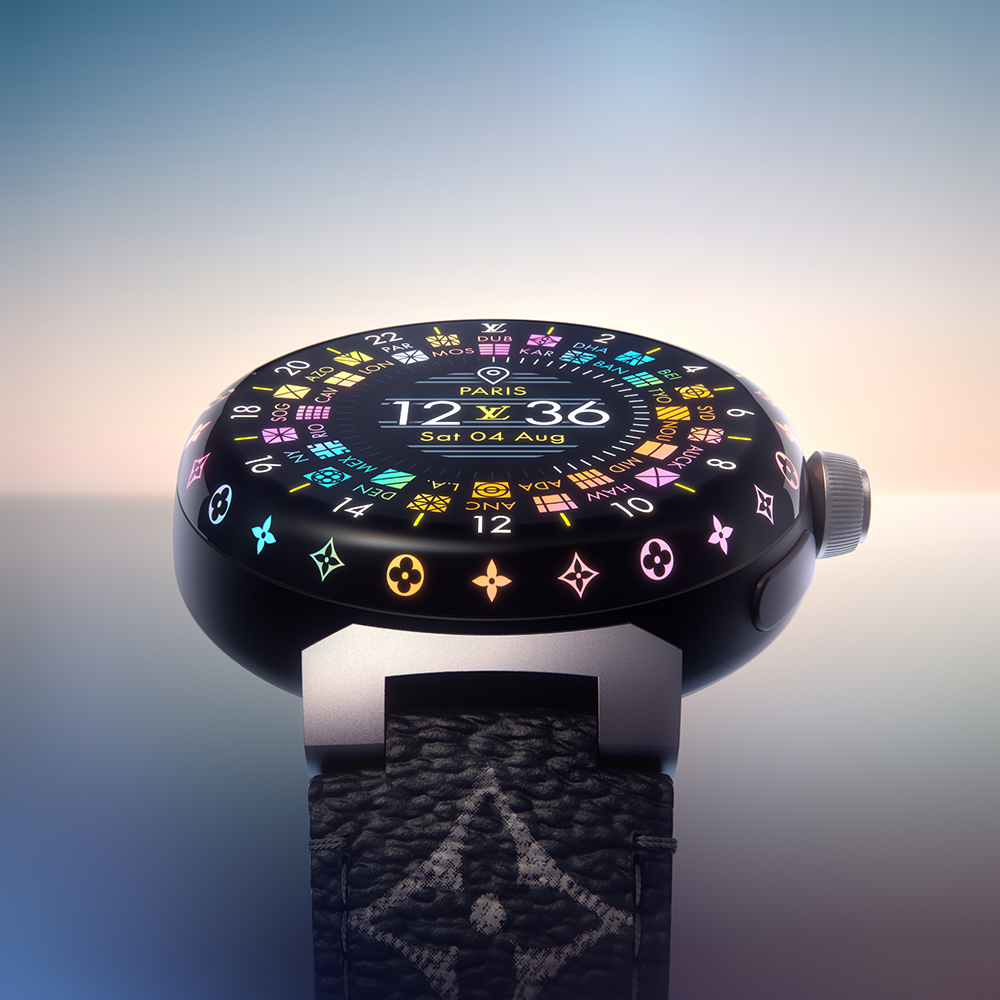 The Tambour Horizon Light Up’s form is new, but entirely in keeping with Louis Vuitton’s design codes. Louis Vuitton has taken the familiar silhouette and convex case profile of the original Tambour watch and adapted it for the connected Horizon, applying the same exquisite level of hand- finishing to the new watch as to any of its mechanical pieces. The first impression the watch makes comes from the beautifully designed and engineered curved sapphire glass that acts as the watch’s screen. It appears to pour over the watch edge, like an infinity pool merging into a distant horizon. The effect this creates has the added advantage of making the watch’s 44mm case wear much smaller on the wrist. 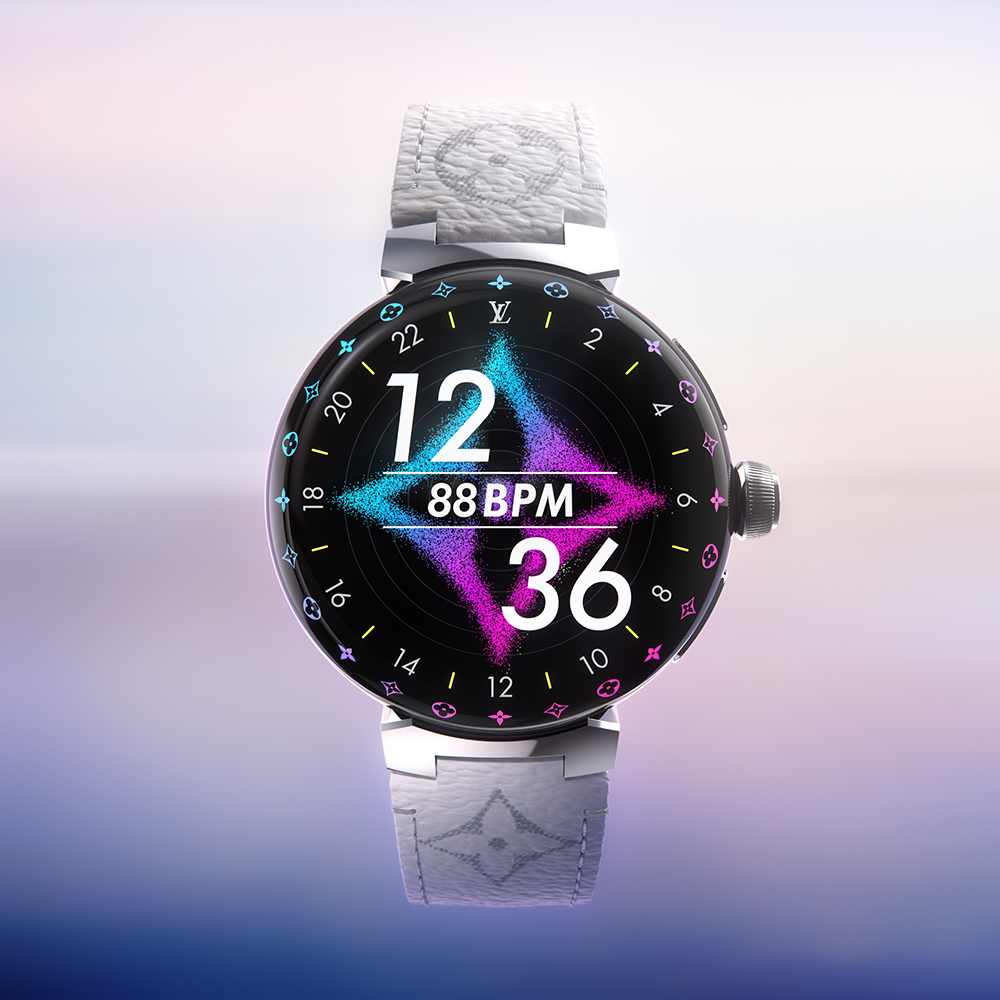 Over that smooth edge, there are 24 LED lights behind the signature Louis Vuitton Monogram ring. Whenever the watch is activated or receives a notification, these light up in a dancing kaleidoscope of colours, creating a mesmerizing glow-in-the dark animation.

At launch, there will be three versions of the Tambour Horizon Light Up: the Polished Steel, the Matte Black and the Matte Brown, the latter a reflection of one of the Maison’s iconic historic codes. Both black and brown models have high-end PVD finishes. The black variant with its contrasting titanium crown and lugs creates a particularly sleek look. 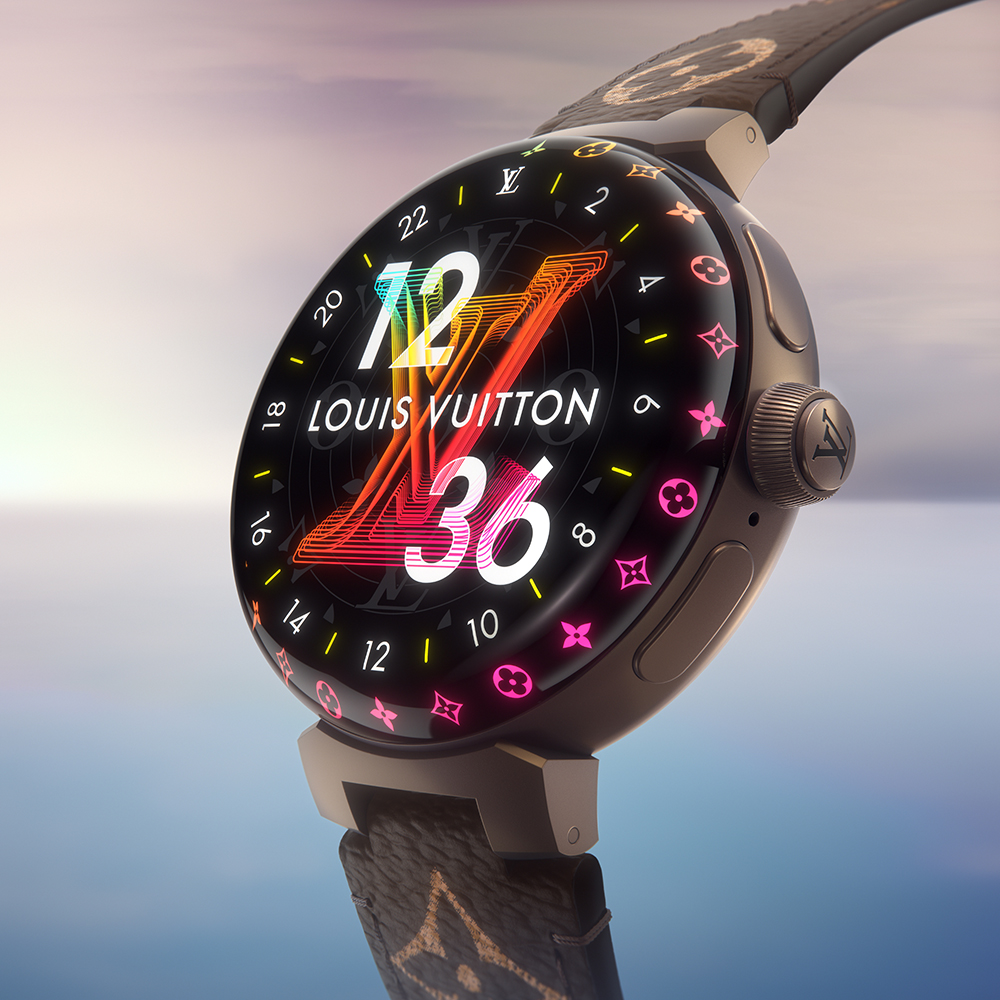 Louis Vuitton’s promise to offer its customers bespoke creations has been honed and perfected throughout its long history, which began in Paris when the Maison was founded in 1854.The same thread has been woven into the Tambour Horizon Light Up, which becomes the most customisable luxury connected watch in the world, offering clients unmatched opportunities for colourful self-expression. Customisation starts with the watch face, which in this third- generation model now has an always-on display that can be easily tailored to suit a mood, look or occasion. The Tambour Horizon Light Up has eight built-in dial configurations to choose from, including one in a captivating striped animation – a nod to the Maison’s iconic early trunks – and another one featuring Vivienne, the Maison’s enchanting mascot. Each echoes Louis Vuitton’s timeless design codes and spirit of travel and can be configured in a rainbow of colours, including 11 bold new gradients. The wearer can even add their own initials, again with a choice of colour and typeface. No matter the configuration, when activated, the watch face sparkles into life with matching LED animations that are as unique as the watch’s wearer. 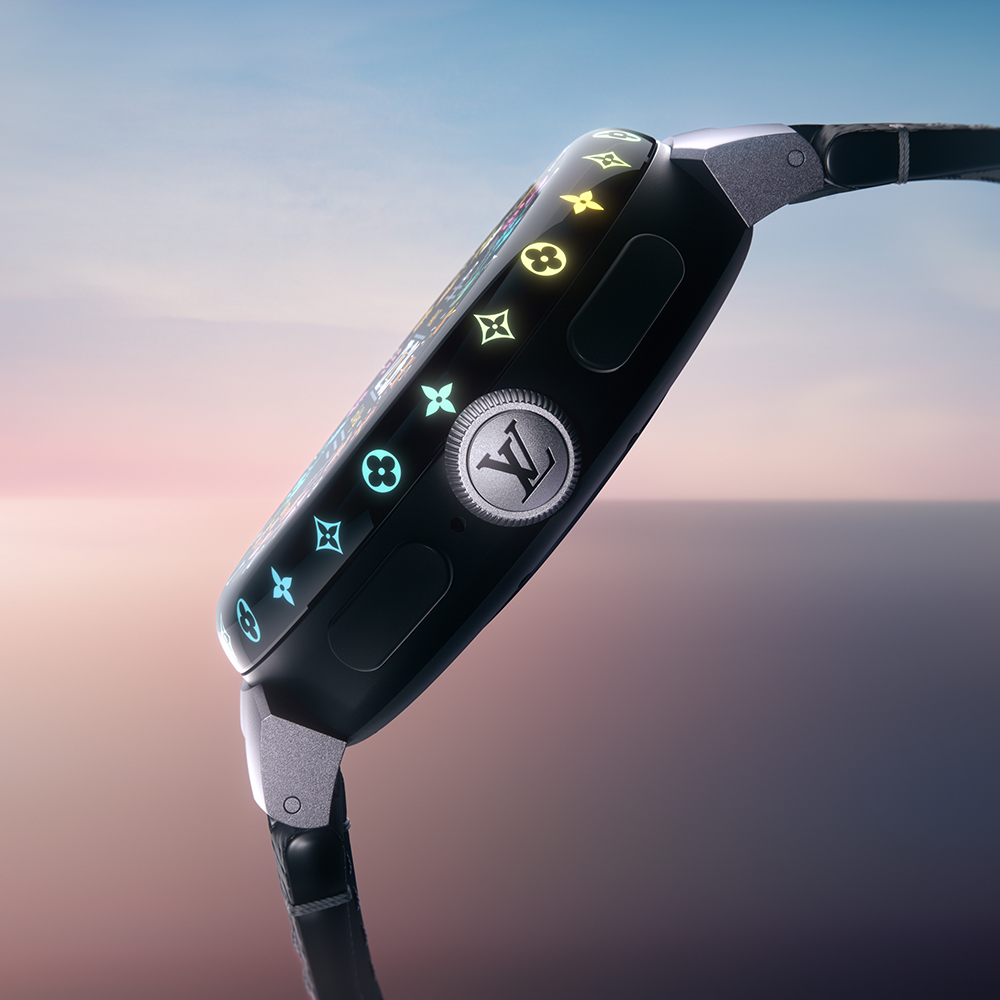 Throughout the year, Louis Vuitton will introduce additional watch face designs to reflect collaborations, seasons, fashion shows and significant dates in the calendar, such as Christmas, Lunar New Year and Valentine’s Day.

The Maison has developed the Louis Vuitton Connect app, a companion application for their range of connected devices, including the Louis Vuitton Horizon Light Up Speaker, to provide users with a seamless product experience. Through the app, wearers will be able to tap into diverse customisation tools, from watch faces and system colour personalisation, to the selection of functions active on the watch. Users can also access ’My Travel’ to add their upcoming trips to their watch. This app will also allow users to control and further customise the Tambour Horizon Light Up via their smartphone. The watch also has a quick strap change system giving owners access to the vast and colourful world of Louis Vuitton Tambour straps, and an even deeper level of personalisation. It comes with a charging cradle and a universal adaptor pack. All told, the Tambour Horizon Light Up is a landmark design in the luxury connected watch space, pairing endless options for personalisation with optimal technical specifications.