slide
grid
You can use keyboard arrows for sliding.
1
17 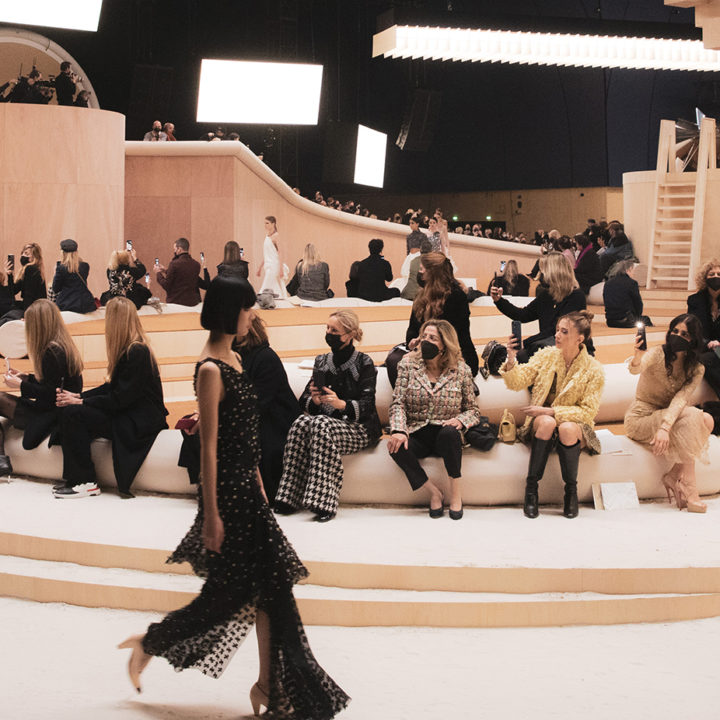 The installation will be open to the public until January 30, 2022. 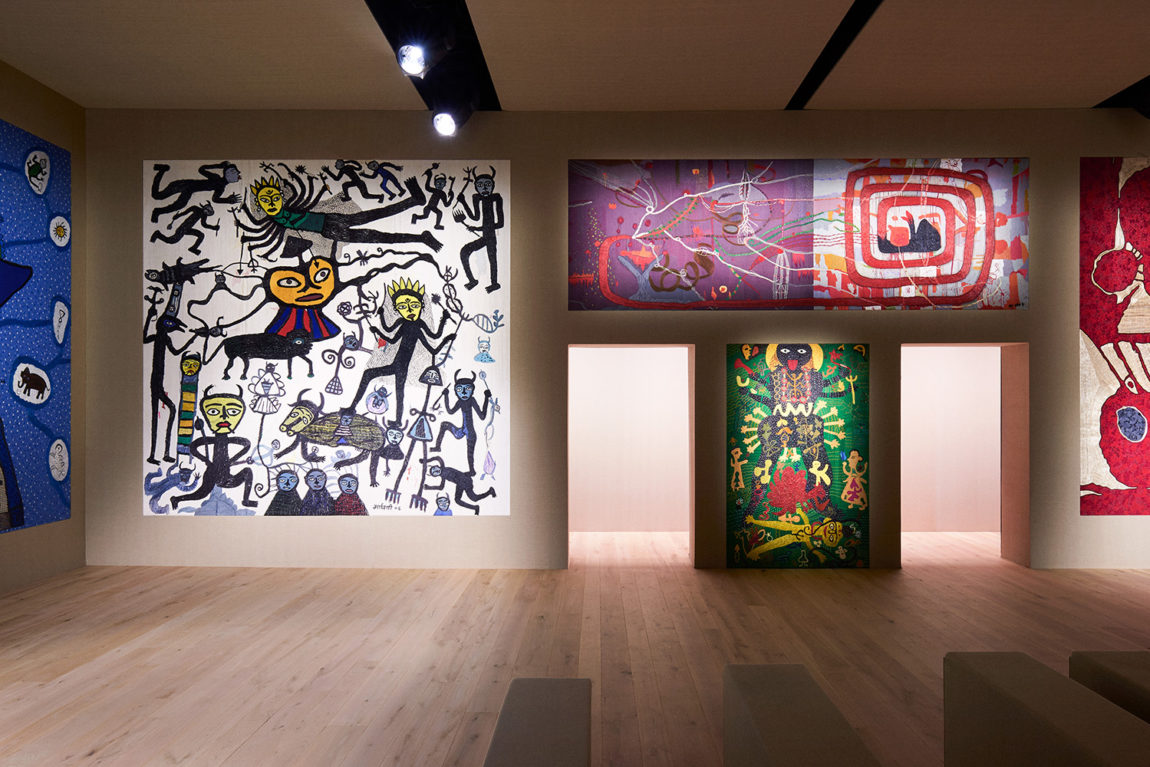 The dimension of the Atelier that Maria Grazia Chiuri wished to explore for this new haute couture collection is one in which art and craft meet through a shared language: the creation of these exceptional pieces questions the notions of work and savoir-faire. Maria Grazia Chiuri thus wanted to shed light on her creative dialogue with India, by bringing together two major artists: Madhvi and Manu Parekh, born in 1942 and 1939, respectively. The objective was to underscore, through this couple of artists, the male/female dichotomy, not as opposition, but as complementarity, as perpetual enrichment. 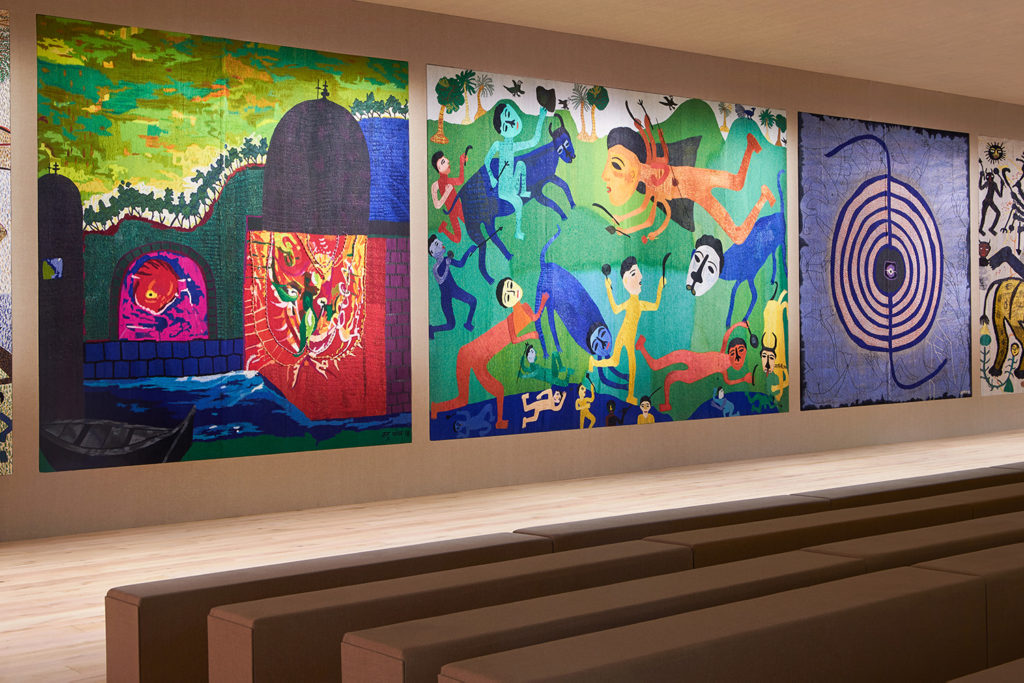 Madhvi and Manu Parekh question the meaning of their country’s traditions and spirituality as well as the symbolic power of divinities. Through her practice, Madhvi Parekh engenders an imaginary world – one where the strange and the familiar rub shoulders with the real and the surreal. Where man and nature are one, where feminine forces are in motion, combining energy and action, power and dynamism. Every being personified in Madhvi Parekh’s paintings is a celebration of the multiple forms of Indian art. 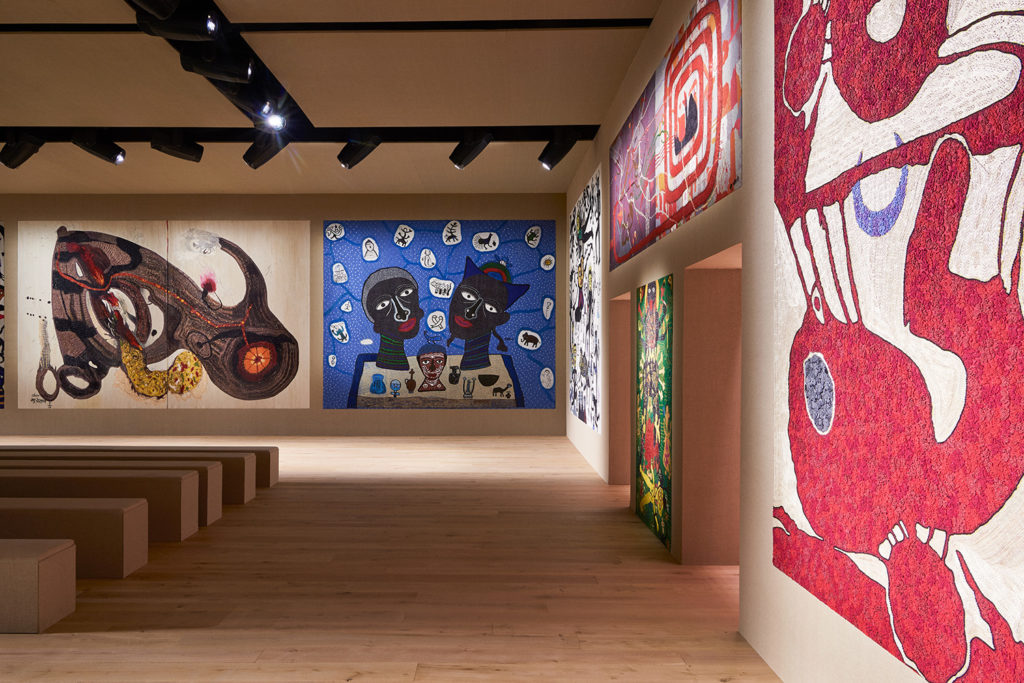 Manu Parekh’s art constantly invites the viewer to travel through mental landscapes and spiritual abstractions, with a relentless commitment that makes him one of the most singular voices in contemporary Indian art. The show’s runway* features the work of the two artists, which covers the entirety of the walls, revealing, upon closer examination, the materials that constitute them. Combined, their works compose a retrospective of a couple’s art, and are recreated by the Chanakya ateliers according to embroidery techniques. 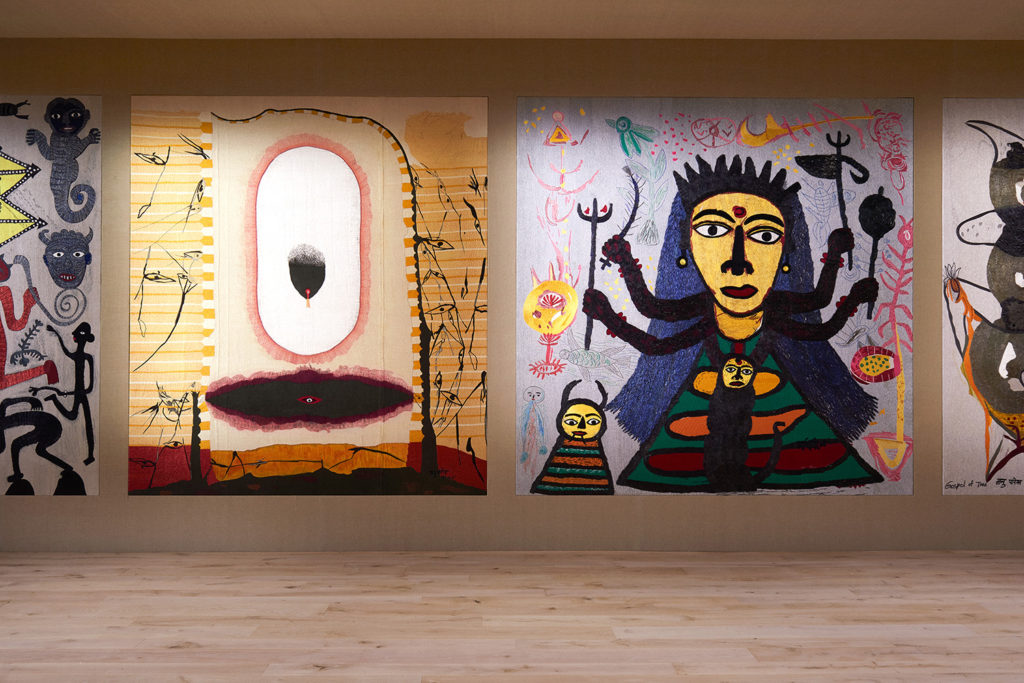 The resulting reproductions become new works in their own right, poised between quotation, stylistic exercise, and interpretation, reactivated by the gesture of craft using the language of embroidery. This language becomes a true conceptual act, entrusted in particular to the savoir-faire of the Mumbai Chanakya School of Craft’s embroiderers: a conversation between art and craft that reinvents the role of the atelier, that of the artist, and that of the couturier. 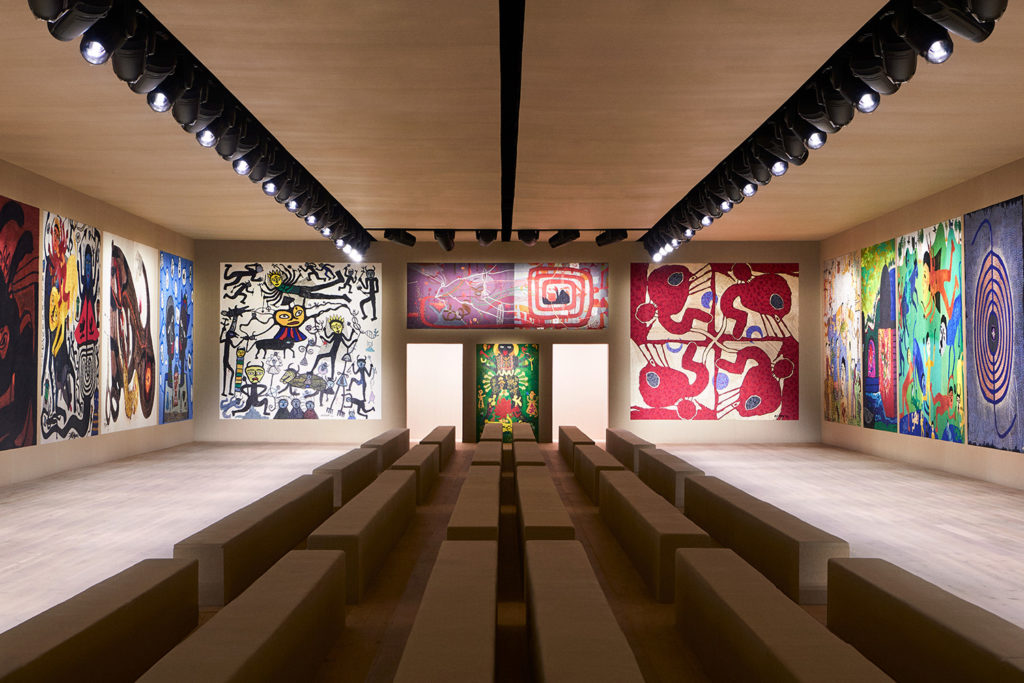 “The collective vision for this collaboration was to create an immersive experience that celebrates the culture of craftsmanship and the interconnection between us all.This collaboration with the artists aims to overcome the division between art and craft. It recounts their love story, and speaks of how one seamlessly influences the other.” Karishma Swali (Chanakya).