Launched as part of Chanel’s expanded engagement with arts and culture, the global prize aims to provide an emerging generation of creative risk-takers with resources to tackle ambitious new projects and ideas. 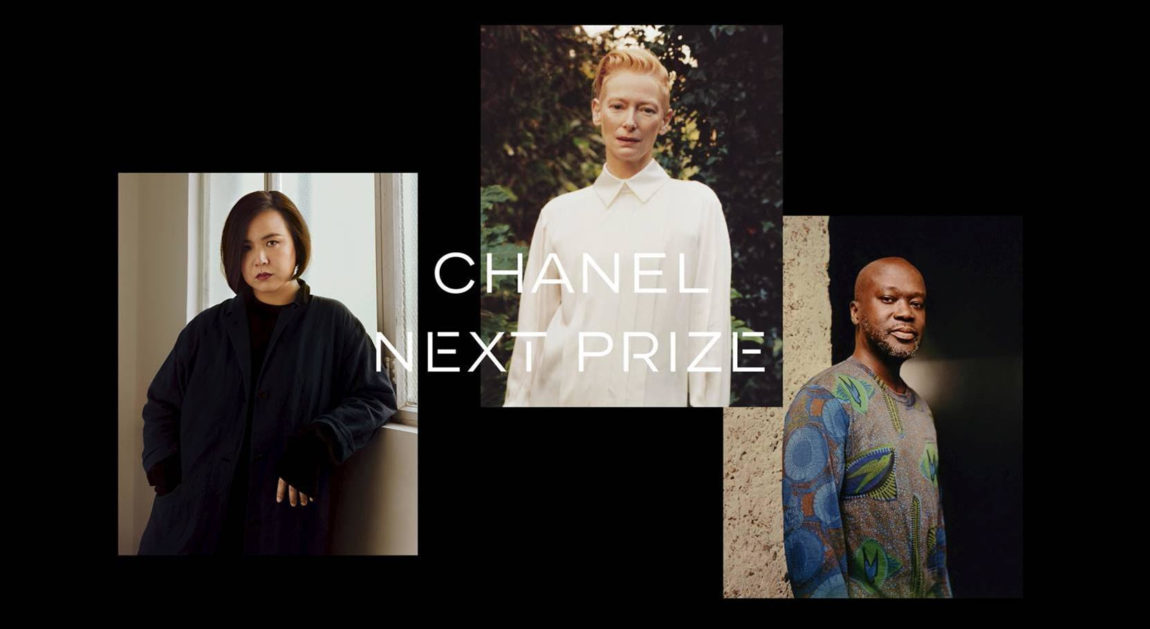 Chanel announced the winners of the inaugural CHANEL Next Prize, a newly established international award to catalyse innovation across arts and culture. Developed to provide an emerging generation of creative risk-takers with resources to tackle ambitious new projects, the CHANEL Next Prize creates conditions for artists to experiment with visionary ideas, test new forms of artmaking and collaborate across disciplines. Each of the 10 winners will receive 100,000€ in funding as well as access to mentorship and networking opportunities facilitated by Chanel to deepen the impact of their trailblazing work. A truly global prize that celebrates the fluidity between different art forms, 2021 CHANEL Next Prize winners represent 11 countries and disciplines spanning design, film and the performing and visual arts.

Winners of the 2021 CHANEL Next Prize

• Jung Jae-il (born in Seoul; Seoul and Berlin-based), a composer, performer, music director and producer paving a new genre that fuses traditional Korean music with the sounds of western instruments.

• Keiken (London and Berlin-based), a collaborative practice between artists Hana Omori, Isabel Ramos and Tanya Cruz, whose work merges the physical with the digital to simulate potential new structures and ways of existing in the metaverse.

• Lual Mayen (born in Aswa, South Sudan; based in Washington, D.C.), a self-taught game designer who uses his own experience as a refugee from South Sudan to design immersive gaming and digital tools to generate educational experiences and social impact.

• Marlene Monteiro Freitas (born in Cape Verde; based in Lisbon), a dancer and choreographer known for her electrifying presence and powerful aesthetics influenced by the Carnival tradition of her native island.

• Rungano Nyoni (born in Lusaka, Zambia; Lisbon and London-based), a filmmaker whose highly original films inhabit spaces and characters rarely seen on screen, bringing them to life with humanity, nuance and wit.

• Precious Okoyomon (born in London; based in New York City), an artist and poet whose multidisciplinary practice investigates the racialisation of the natural world, Christianity, intimacy and ideas and experiences of life, death and time.

• Marie Schleef (born in Goettingen; Berlin-based), a theatre director whose work is constructed on research, exploring and asserting the too often missing female gaze and challenging male dominated theatre conventions.

• Botis Seva (born and based in London), a dancer, choreographer and director deeply rooted in hip hop dance theatre who experiments with form, structure and theatrics to reinvent choreography.

• Wang Bing (born in Xi’an, Shaanxi Province; based in China), a filmmaker whose works are finely observed portraits of those on the margins of contemporary Chinese society.

• Eduardo Williams (born in Buenos Aires; based in Paris and Buenos Aires), a filmmaker and artist who crosses freely between documentary and fiction to create works that are a sensorial exploration of the world mediated by the technology of the camera.

Yana Peel, Global Head of Arts and Culture at Chanel said: “Through the creation of the Next Prize, we extend Chanel’s deep history of cultural commitment – empowering big ideas and creating opportunities for an emerging generation of artists to imagine the next.”

The prize extends Chanel’s legacy of arts patronage that began with Gabrielle Chanel’s support of the avant-garde artists of her time and her desire to be part of what happens next, “ce qui va arriver” – hence the “Next” Prize.

The members of the 2021 Next Prize jury were Cao Fei, Sir David Adjaye and Tilda Swinton. Awarded biennially, artists are nominated anonymously by an advisory board of 25 arts and cultural leaders from around the world representing diverse disciplines ranging from film to the visual arts. Prize funding is not tied to the production of specific work and winners are free to decide how they will apply the funds.

Over the course of 20 months, prize recipients will be invited to participate in a series of convenings designed to expand their creative networks, foster collaboration and promote the exchange of ideas to spark inspiration for future projects. This creative hub will continue to grow with each new cohort of winners announced on a biennial basis. In this spirit, the CHANEL Next Prize serves as an artistic incubator, nurturing the creative possibilities enabled by multidisciplinary collaboration and the cross-pollination of ideas across cultures and art forms.

The first-ever cultural prize launched by the House, the Next Prize was inaugurated in 2021 as part of Chanel’s expanded engagement with arts and culture. Earlier this year, Chanel also launched CHANEL Connects (an ongoing podcast series) and the CHANEL Culture Fund, a series of long-term partnerships with leading cultural institutions in the US, UK, France, Russia and China to create new programmes that will drive innovation in creative and cultural thinking. With a renewed focus on the future landscape of contemporary artistic production, these initiatives reinforce the company’s commitment to supporting the freedom of creation and the cultivation of human potential to advance positive impact in the world. The 2021 Next Prize winners join this growing community of Chanel partners working to infuse new ideas into the arts ecosystem and catalyse positive change in culture and society.