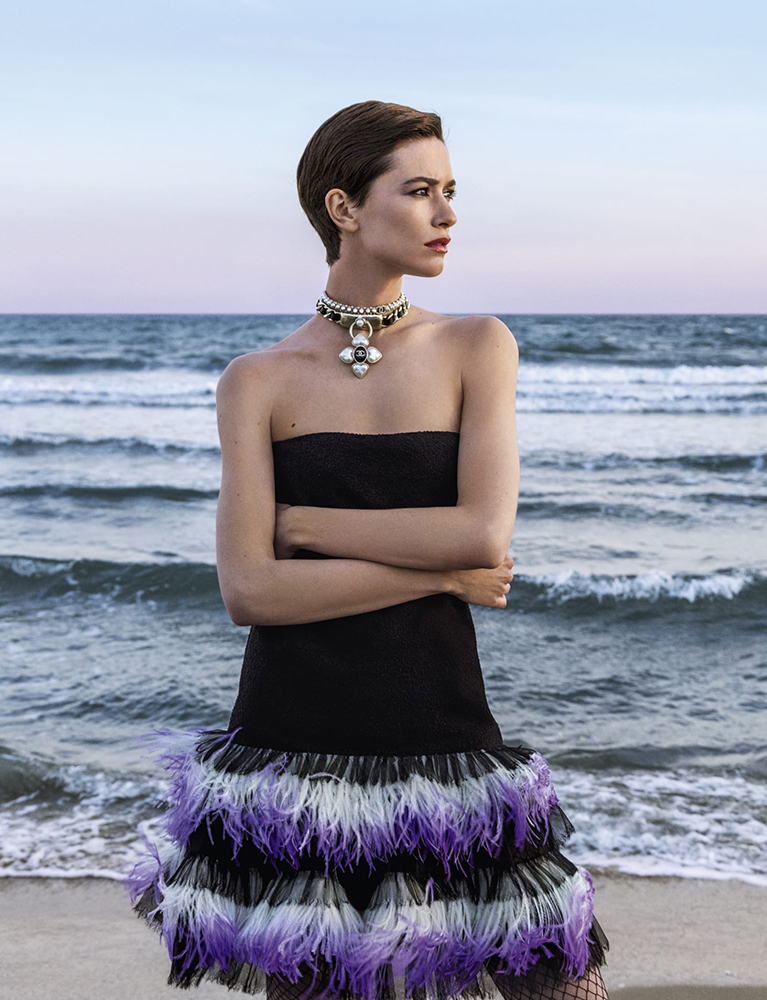 Revealed during the show that took place last May at the Carrières de Lumières in Les Baux-de-Provence, the CHANEL Cruise 2021/22 collection makes a stop-over on a beach in the south of France. Directed by Inez & Vinoodh, the campaign reunites the models Louise de Chevigny, Mahany Pery, Lola Nicon and Anna Ewers. 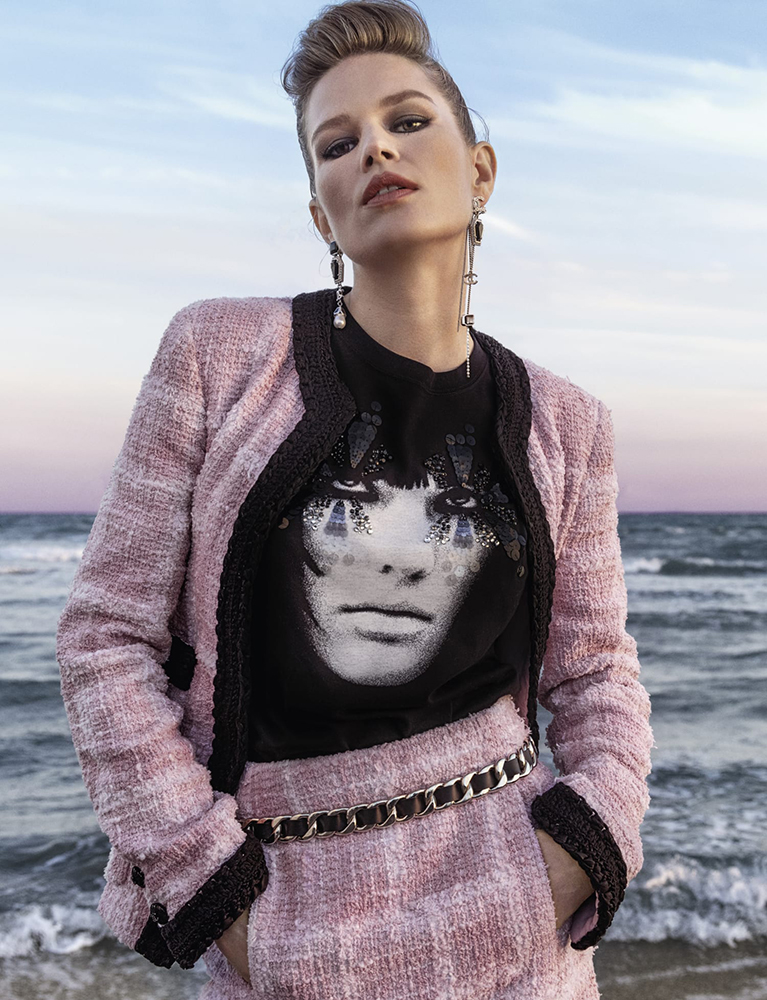 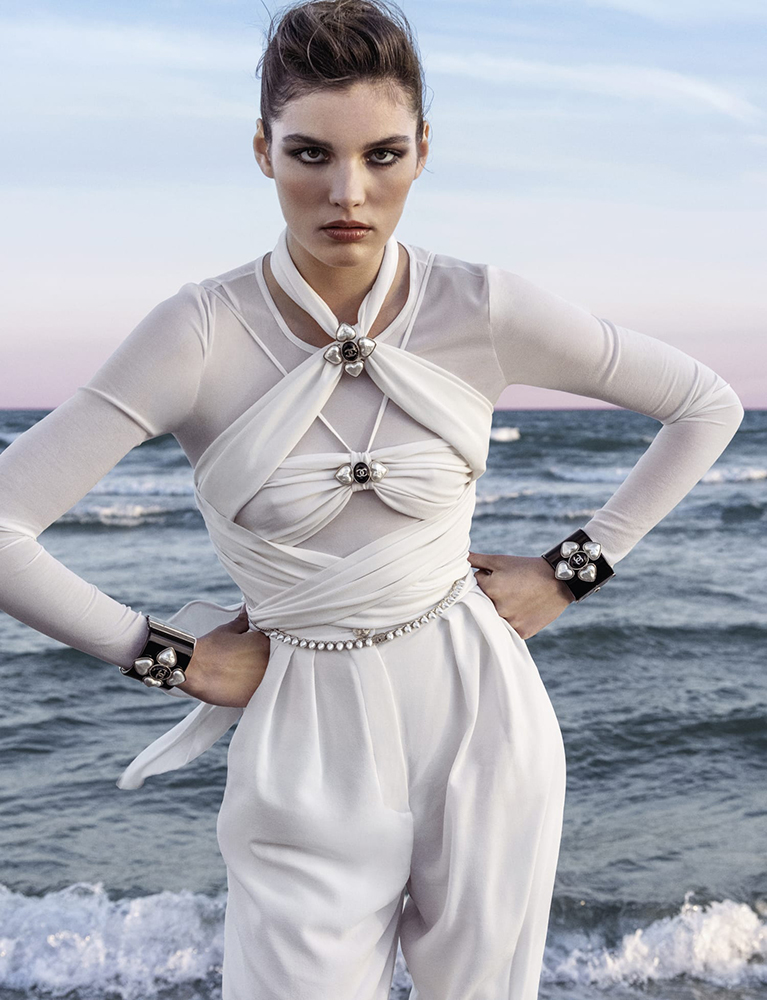 In the art of contrast, irreverence meets refinement. The black and white two-tone is both intense and graphic over cotton jacquard trousers embroidered with organza flowers, a silk crêpe suit trimmed with wide braid, and a velvet dress worn with a macramé cape and patent ankle boots. CHANEL’s emblematic tweed illustrates its modernity on a sleeveless jacket woven from ribbons, on suits with fringes as well as a pink and black suit with crocheted braid. 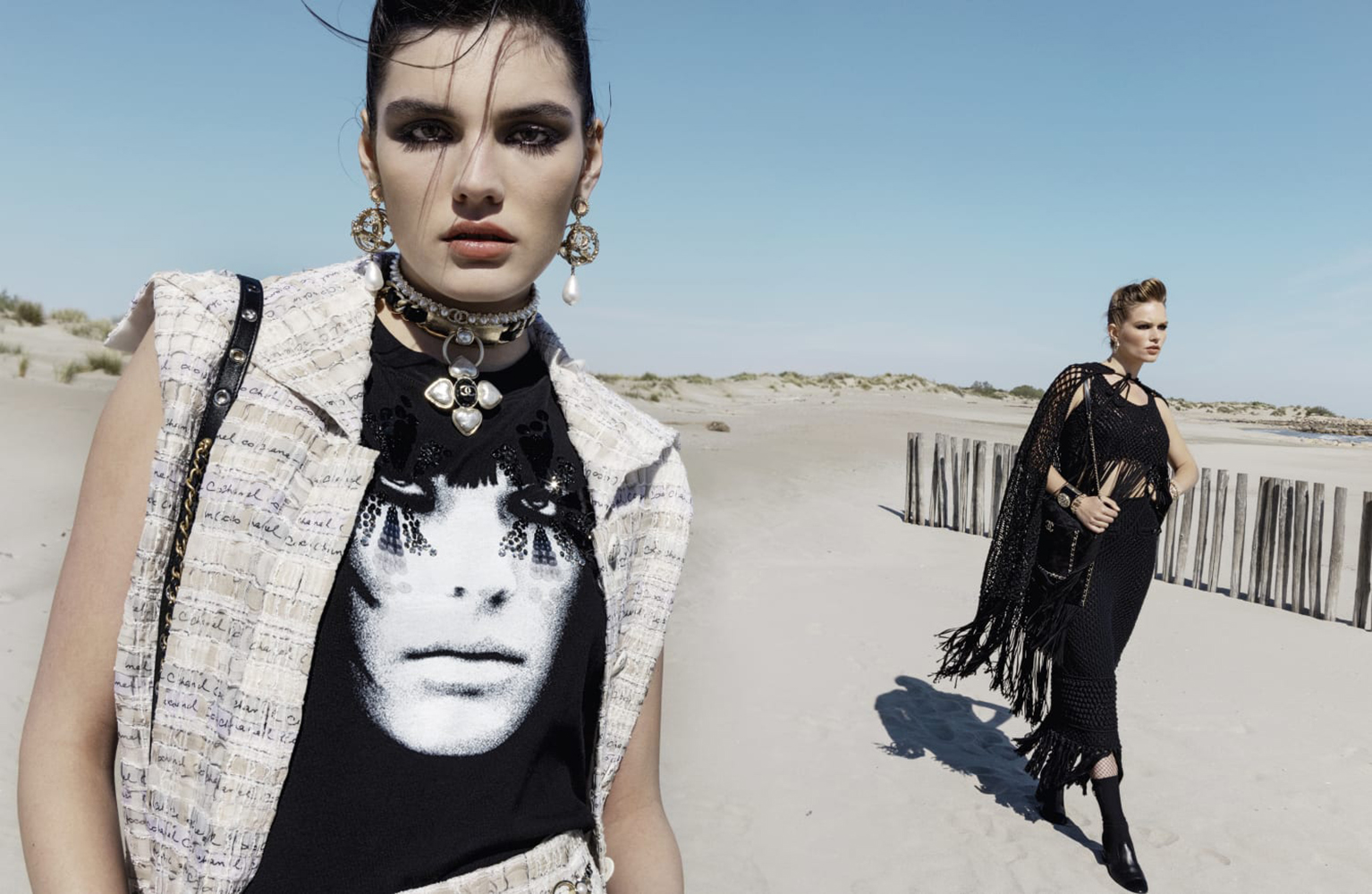 A highly sophisticated white jacket is embellished with lucky charms representing the CHANEL symbols, while another bold silhouette combines an artfully draped top with a bodysuit and trousers in silk crêpe. Finally, the influence of rock and punk imbues t-shirts bearing the image of Lola Nicon, a little black strapless dress trimmed with purple feathers and another in cashmere fishnet with jewelled straps. This free-spiritedness also manifests as the chokers and silver pointed Mary-Janes that punctuate certain outfits.