slide
grid
You can use keyboard arrows for sliding.
1
50 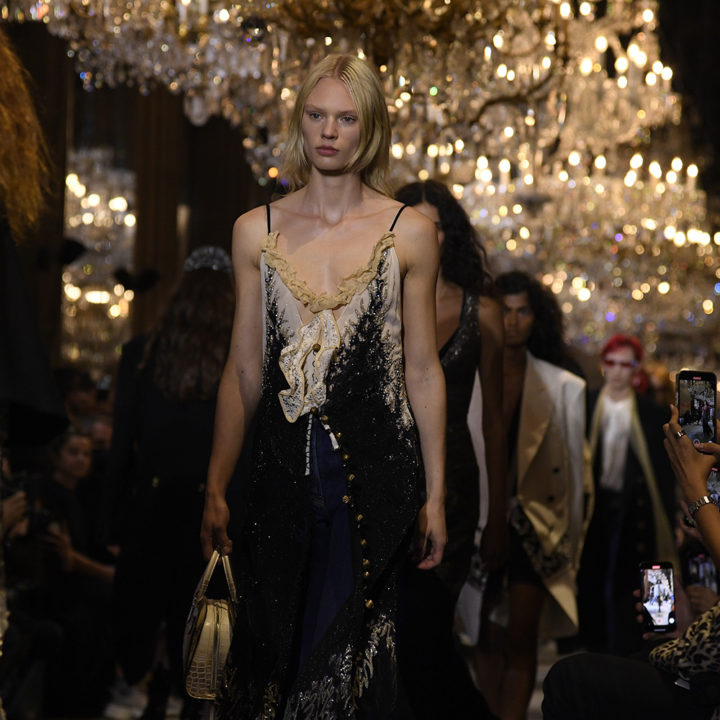 A reaction, a reflection of reality. An economy, a new freshness in the reinterpretations of universal, timeless garments. 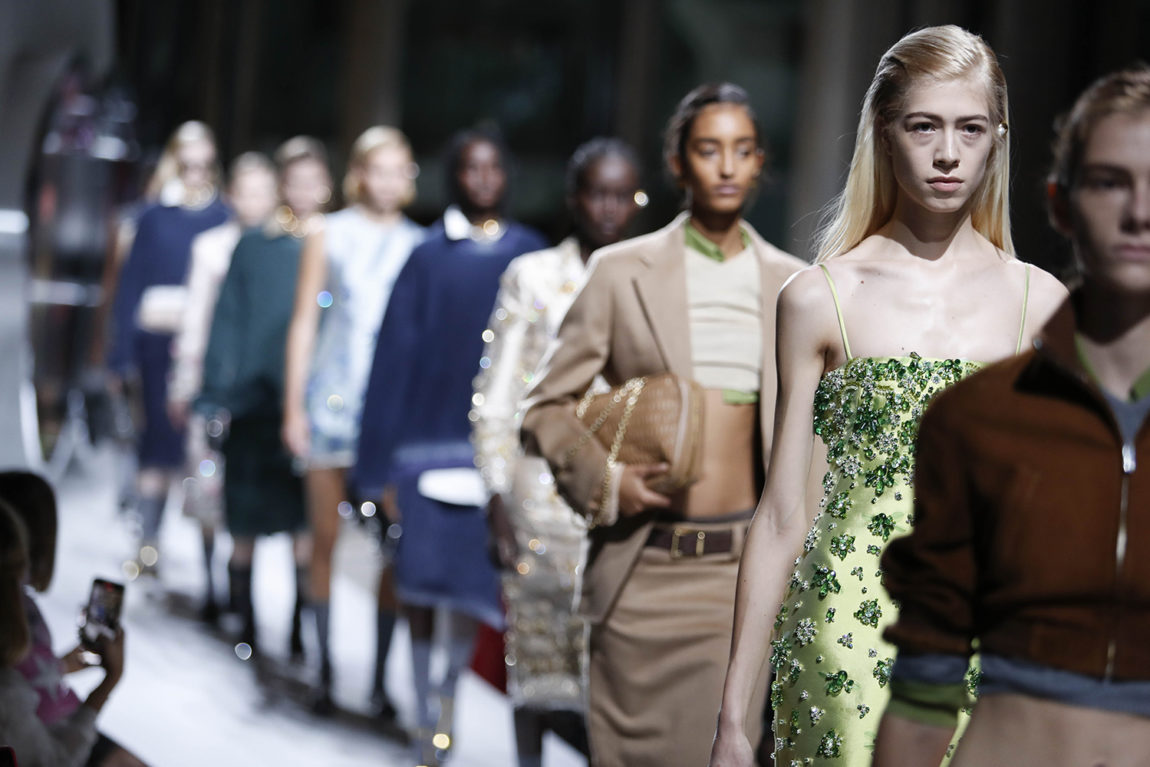 The Miu Miu Spring / Summer 2022 collection by Miuccia Prada is an exercise in references and in the search for reality, which uses the existing to create the new. 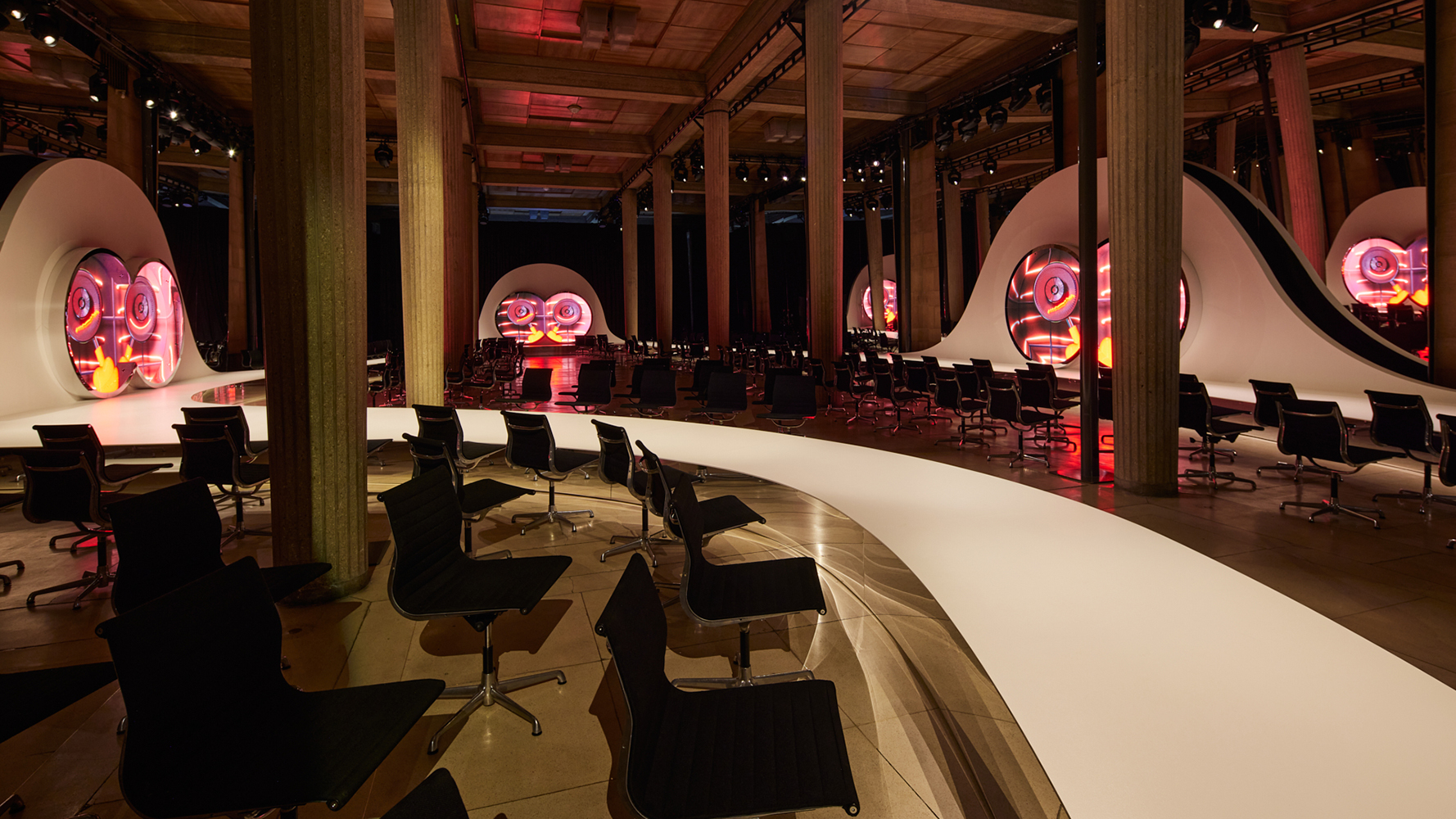 The basic elements are classic: trousers, sweaters, shirts, blazers, suits and sheath dresses, absolute archetypes of everyday clothing. A new balance of proportions is obtained by cutting the garments, maintaining the credibility of each one and modifying the relationship with the body. Trousers are cut into shortened skirts and sweaters and shirts shaped to reveal the body. The edges are not finished, part of a construction process left exposed to emphasize the spontaneity of these actions. The concept of reworking existing pieces also extends to a collaboration with New Balance and the 574 sneaker is revived in white, khaki or blue denim, with raw-cut edges. 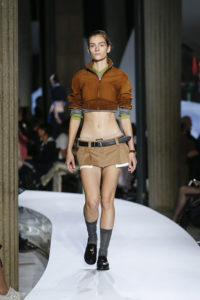 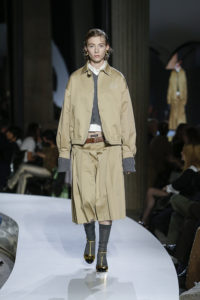 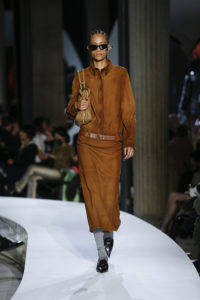 The embroideries reproduce the decorations of evening wear, embellishing dresses and suits. Combining the everyday with the evening dimension, the aesthetic languages ​​of the day and evening dress both serve a purpose and have their own meaning within life.

An antidote to novelty without meaning, the collection analyzes in depth the fundamental realities of clothing, the needs and requirements of people starting with their clothing and represents an amplification of the current, a focus on reality. 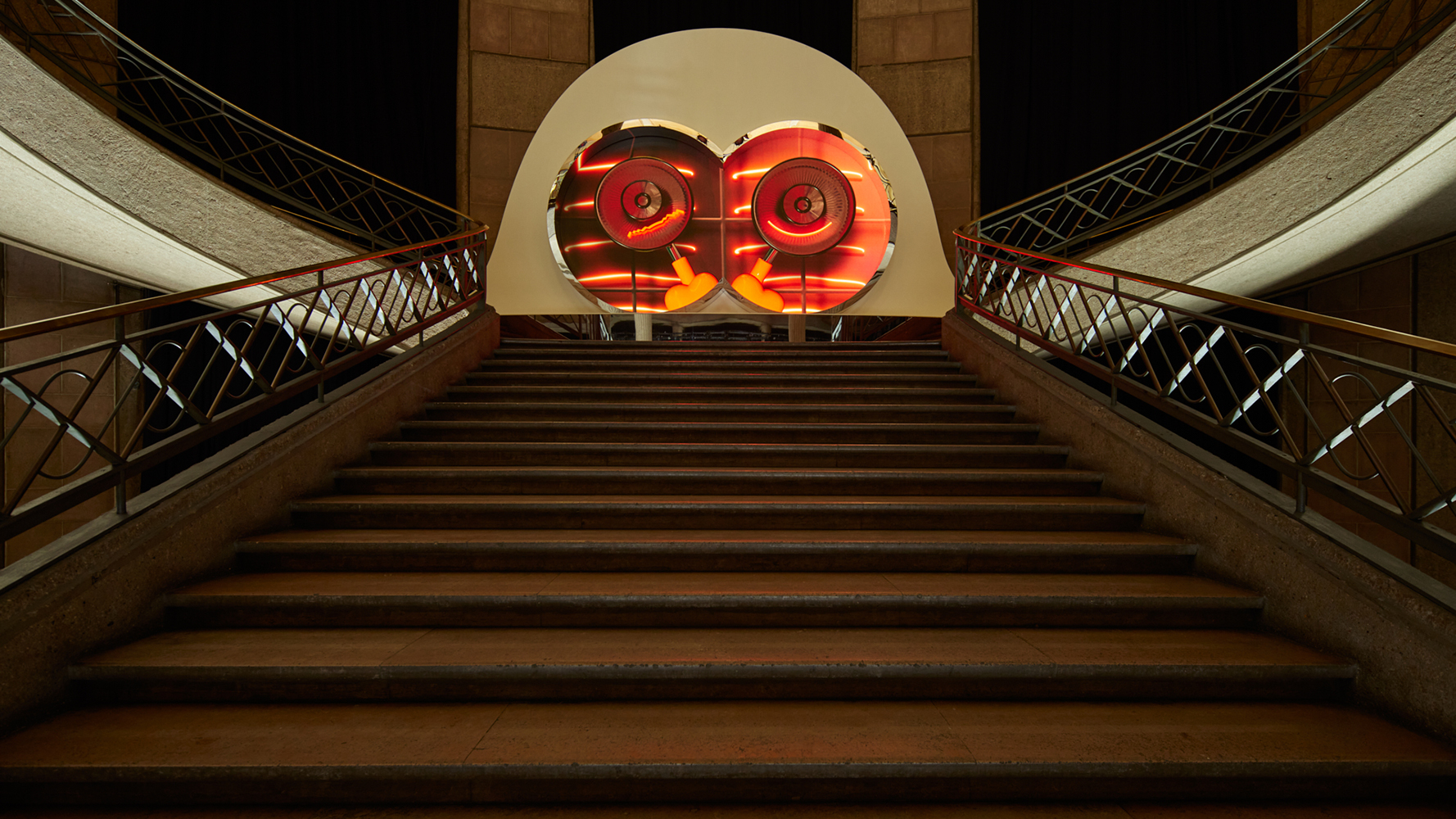 Alongside reality, fantasy: the physical and virtual spaces of the Miu Miu fashion show are highlighted by the works of the artist Meriem Bennani, who explore intimate relationships mediated through the lens. The idea echoes and overlaps with another relationship of reciprocity, that between women and fashion. 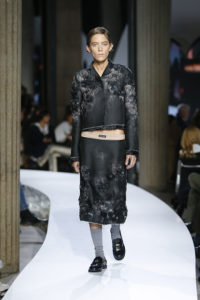 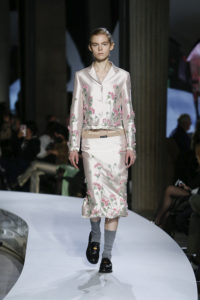 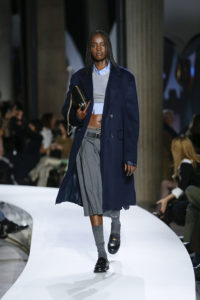 Bennani takes control of the Miu Miu live stream through a series of artistic film interventions – in which his own mother is the protagonist – conceived to accompany the collection. These fantastic sequences mix in real time with the show broadcast, blurring the lines between real and virtual. As if to underline these ideas, the interior of the Palais d’Iena seems to stop rather than transform itself. The architecture remains while a walkway designed by AMO winds through the space, punctuated by Eames office chairs that re-propose the function of the Palais as a workplace. Inside, Bennani installs screens in the shape of binoculars that interrupt the space, reforming and re-editing the physical experience of the show and projecting his films in real life. As with the clothing proposed by the collection, these film cuts create a new work, in a sort of montage of reality that alters its perception.