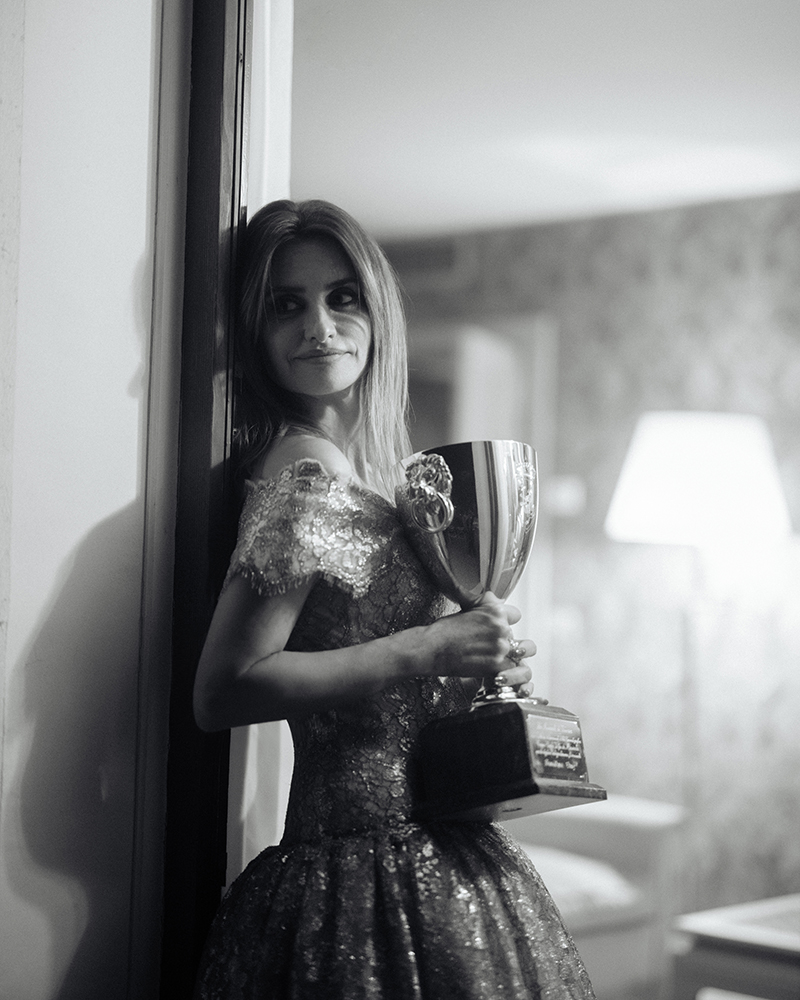 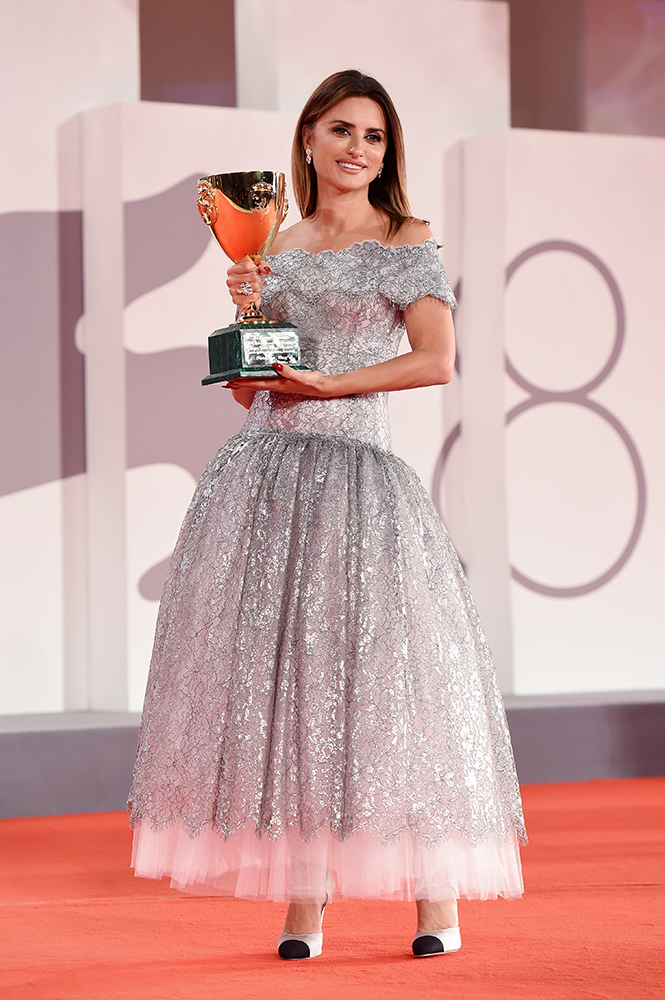 Penélope Cruz has been a CHANEL ambassador since 2018 and starred as the face of the Cruise 2018/19 collection campaign. She has a long-term relationship with CHANEL and Haute Couture, having chosen to wear it on many occasions, from movie premieres to film festivals and CHANEL runway shows. She has worn Haute Couture in magazine editorials several times and has visited the Haute Couture ateliers in Paris on numerous occasions where she discovered, through the making of the garments, the secrets behind the craftsmanship. 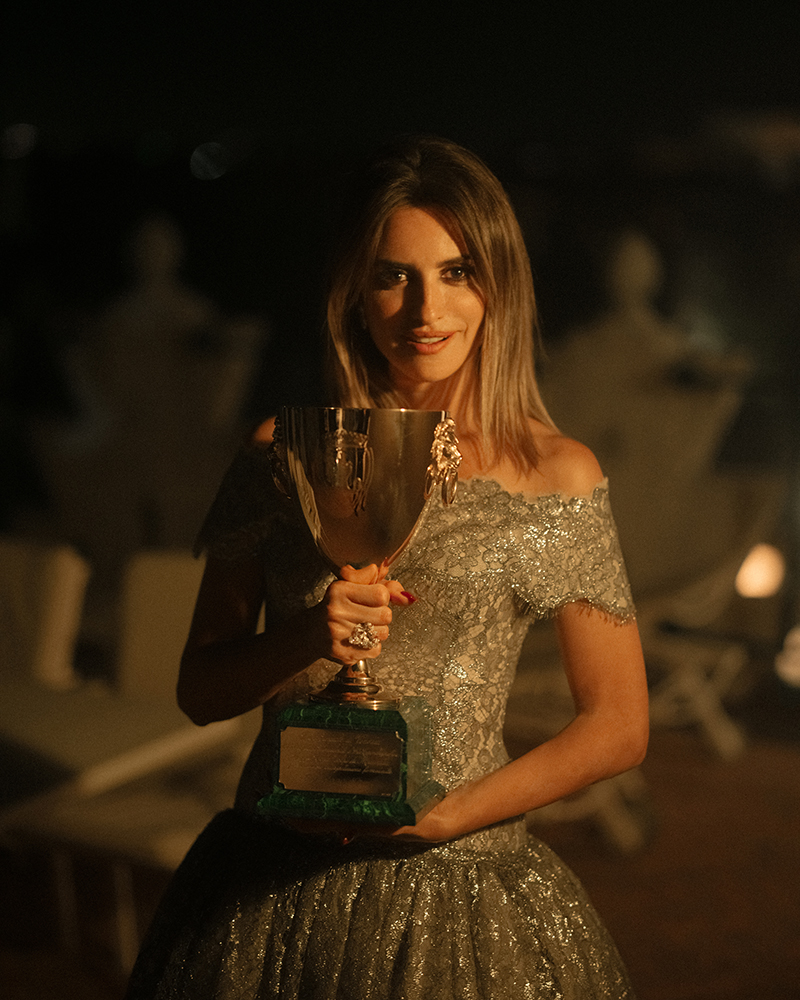 Why did you choose this CHANEL dress for the Venice Closing Ceremony? Can you describe it, what does it inspire in you? How was it perfect for this unique moment?
This is very special because Virginie Viard created it specially for me based on one of the looks from the Spring-Summer 2020 Haute Couture collection – it has similar materials, colors, and shape. In fact, Virginie created two dresses for me to wear at the Oscars in 2020. I wore the other one then and was saving this one for a very special event… I couldn’t have imagined a better moment than yesterday.

How does it feel to have been accompanied by CHANEL throughout this festival, from the Opening Ceremony for the “Parallel Mothers” premiere, to the “Official Competition” premiere and now for the Closing ceremony with winning a Prize?
This festival, starting with the premiere of “Parallel Mothers”, then with “Official Competition”, and now coming back to receive the Volpi Cup for Best Actress, has been a dream. I remember being so scared the first time I came here when I was 17 with a movie by Bigas Luna, in which Javier (Bardem) played too… If somebody had told me at that time that I would live such a special moment in Venice one day, like the one I had this year, I would have never believed it. It has been incredible: the great reviews, being here with friends, seeing the hard work that Alberto Barbera and his team have put into this festival to make it happen. Thanks to their incredible organization skills and effort, and the fact that things are starting to go back to normal, we can be here celebrating cinema. It makes me very happy. On top of that: winning yesterday! I’m still in shock, still digesting the news. I was very nervous during my speech because winning for a film by Pedro is special to me. Once again, he’s given me an incredible opportunity with this character – this prize belongs to him 100%. He has created a masterpiece.

How does it feel to win the Best Actress Award at such an important Film Festival?
This is a very respected festival, the oldest one. It has an amazing history, and the Jury was full of people that I admire… Winning this award is a very big deal to me, even more meaningful because it’s for a movie by my beloved Pedro.

You told us last week how important it was for you to present Pedro Almodóvar’s film in Venice. Why is it one of your most beautiful roles – if not the most beautiful – ever?
It is one of the most complex and challenging roles that I have ever had to play. I love this character so much. There are so many mothers in this movie and none of them is perfect. I love that he wrote these characters in a way that you cannot judge any of them. Billy Wilder once said: “Nobody’s perfect”. We all know that but sometimes when it comes to motherhood, it’s all idealized. What Pedro does here is showing that truth is imperfect and that it is beautiful, that it deserves celebration and acceptance.

Would you say Pedro Almodóvar is your lucky star?
I was nominated for an Oscar for “Volver” and won the Best Actress Prize in Cannes for it, alongside all the actresses of the movie, but Pedro is my lucky star in so many more ways than this. He is not just a director who I work with, he is a master, a friend, he is part of my family. I love him. He has been so important in my life and my career since a very young age. This is always a blessing when a director can trust me this much and allow me to explore things that I’ve never done before, far away from who I am, and this is what Pedro has offered me every single time. Therefore, I owe him so much, I’m so grateful for his vision, trust, and bravery. 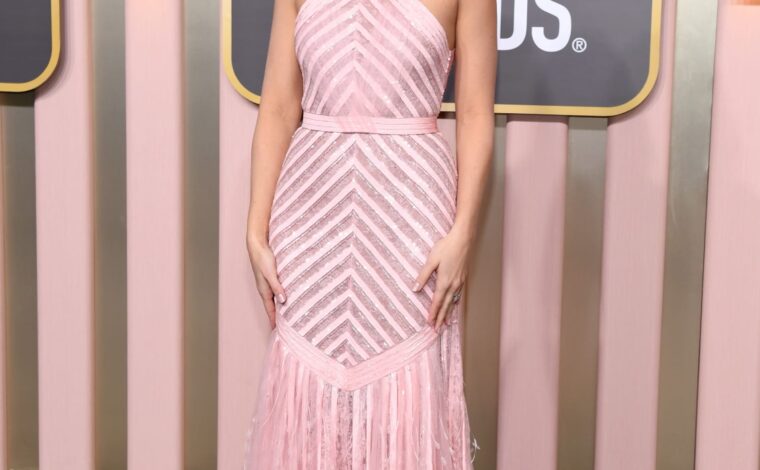 The Best Looks from the 80th Golden Globe Awards