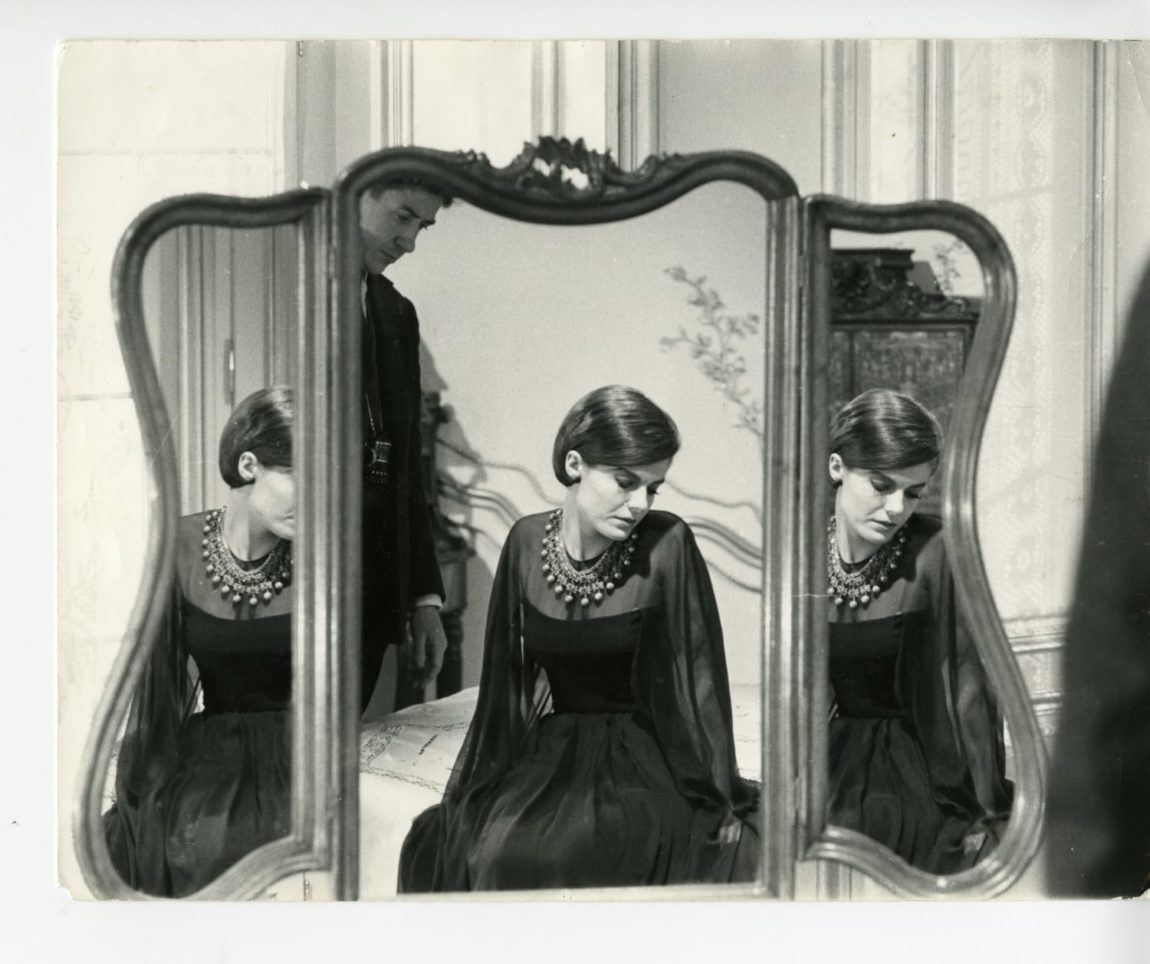 The story of the House of CHANEL and the Cinémathèque française began in 2018 with the work of Robert Bresson and more specifically the restoration of his film Ladies of the Park. It continued in 2020 by supporting key filmographies, including the Tout Godard retrospective which drew a large audience from January 8th to March 1st 2020.
Today CHANEL is renewing its support of the institution for 3 years by becoming the major patron.
This partnership with the Cinémathèque française is an opportunity for the House of CHANEL to reaffirm its close ties with the film world, initiated by Gabrielle Chanel in the 1930s. 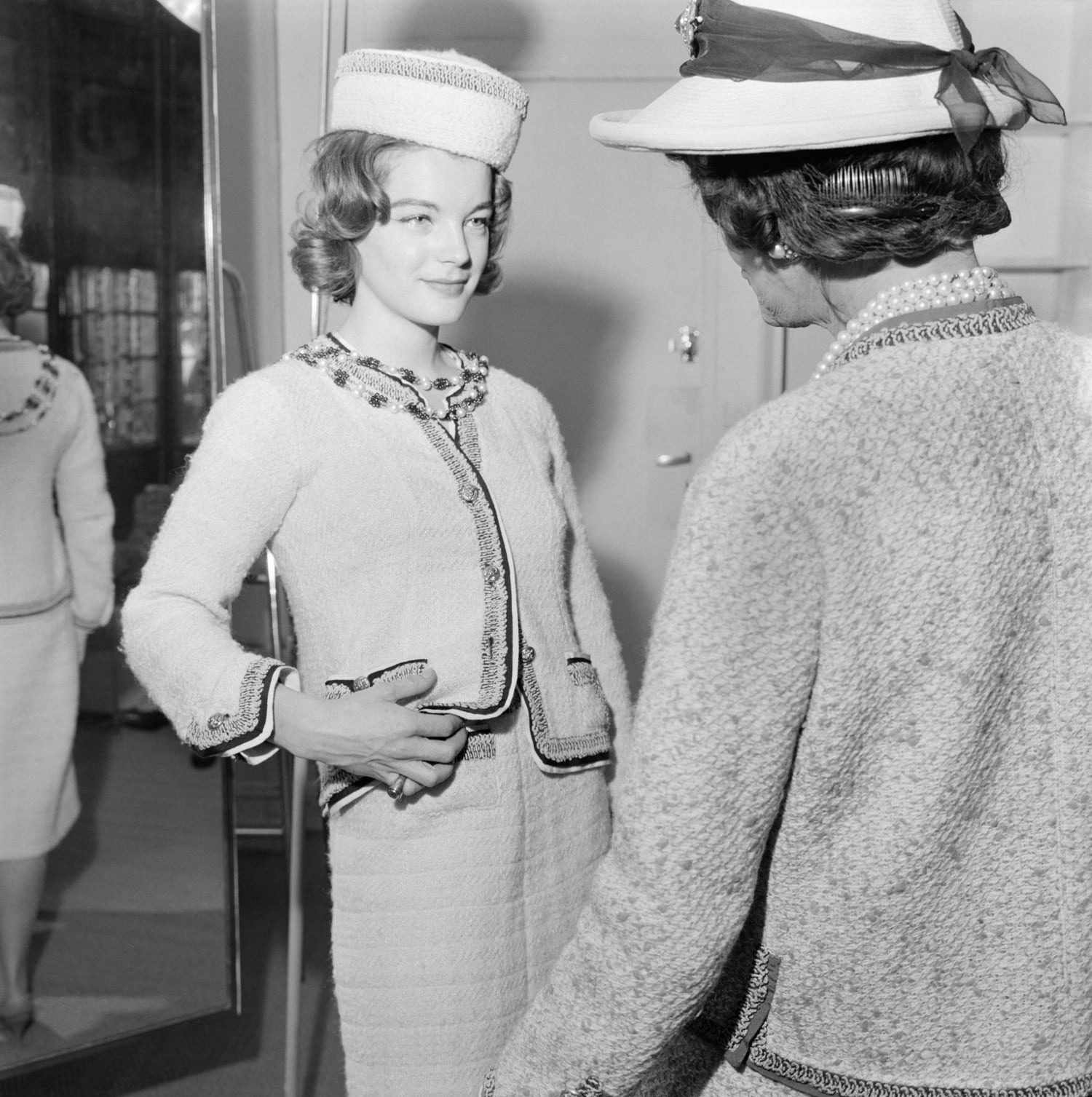 – Retrospectives linked to the history of the House:
Alain Resnais, from November 3rd to 28th 2021. In 1961, Delphine Seyrig, wearing designs chosen from Gabrielle Chanel’s Haute Couture collections, lit up the screen in Last Year at Marienbad, embodying the couturière’s elegant and sophisticated allure. The success of the costumes was such that the press referred to the black chiffon dress* worn by the actress as the « Marienbad dress »… After backing the restoration of the film in 2018, CHANEL is partnering with the Cinémathèque française to present the first complete retrospective of Alain Resnais’ work. Carole Bouquet will be the patron of the Toute la Mémoire du Monde Festival to be held at the Cinémathèque française from March 30th to April 3rd 2022. It will coincide with the tenth anniversary of the event.

– The exhibition Romy Schneider, the invention of a modern woman. « Chanel taught me everything without ever giving me advice. Chanel is not a couturier like the others… It is an elegance that satisfies the mind even more than the eyes, » said Romy Schneider about the couturière in 1963. The exhibition will be held at the Cinémathèque française from March 16th to July 31st 2022.

– Film restorations with the important news of the upcoming presentation of Jean Renoir’s masterpiece The Rules of the Game (1939), for which Gabrielle Chanel designed the costumes.

– Restorations and digitisations of prestigious archives, notably this year:
The shooting script of Luchino Visconti’s Ludwig (1973) by the scriptwriter Renata Franceschi, an exceptional document embellished with photos, sketches and drawings. The shooting script of Last Year at Marienbad by Alain Resnais (1961) by the scriptwriter Sylvette Baudrot.

“Henri Langlois, founder of the Cinémathèque française, loved the dresses of his bedside stars and the accessories of his heroes because he thought that these fragile remnants of the making of a film forever contained a small part of its magic and a reflection of its writing. This is how the fabulous collection of dresses and costumes of the Cinémathèque française was born in 1936, when it was founded. A transgressive couturière, internationally renowned for her revolutionary work on the canons of fashion, a precursor of the mixing and fluidity of genders, Gabrielle Chanel, and later her successors at the head of her house, never ceased to create for the cinema and to maintain close and fruitful links with it. Through retrospectives, film restorations, exhibitions and the enriching of our collections, we will be able to tell a certain cinematic story thanks to the precious support of the House of Chanel, the story that fashion has woven into the seventh art.” Costa-Gavras, President of the Cinémathèque française.

“The dialogue between fashion and cinema, which began with Gabrielle Chanel and the great directors of the 1930s in Hollywood and in France, has always been productive and inspiring. By becoming a major patron of the Cinémathèque française today, Chanel is strengthening its special relationship with this prestigious institution as well as its commitment to safeguarding and distributing masterpieces of the seventh art to as many people as possible. We are both proud and happy to accompany the Cinémathèque française in its multiple projects over the next three years.” Bruno Pavlovsky, President of CHANEL’s Fashion Activities and President of CHANEL SAS.

*this exceptional piece as well as a gold lamé dress, entrusted by Delphine Seyrig to the Cinémathèque in the 1970s, are currently on display in the exhibition Gabrielle Chanel. Fashion Manifesto, which runs until July 18th 2021 at the Palais Galliera.