Through the question, “What happens to a girl in the course of her life, because she is a girl?” Camille Laurens examines the fate of women and the female condition... 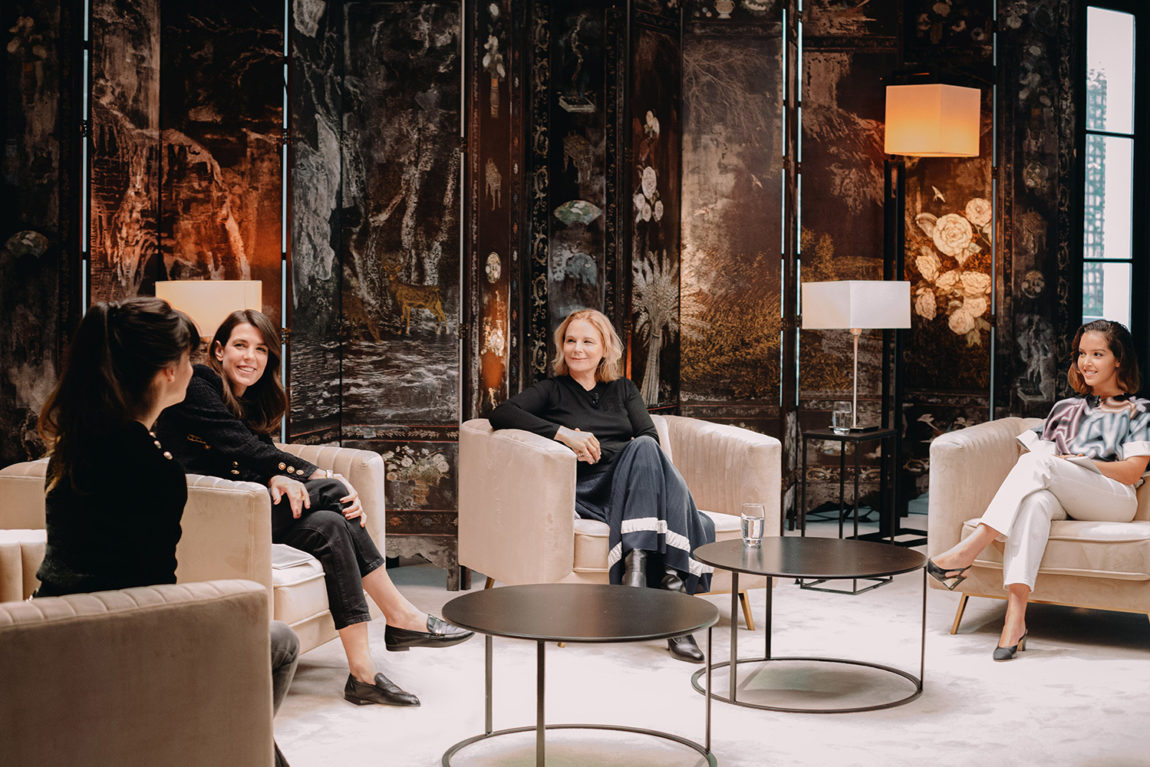 For the second edition of the Rendez-vous littéraires rue Cambon [Literary Rendezvous at rue Cambon], CHANEL and Charlotte Casiraghi, ambassador and spokesperson for the House, have invited the writer Camille Laurens. About this major voice on the contemporary literary scene, Charlotte Casiraghi writes: “Her writing is a writing of desire. She always invents a language to translate the untranslatable, a language of the body, a hyper-responsive language in which the power of the words creates a feeling of dizziness and heady disorientation.” Animated by literary historian Fanny Arama, the conversation begins with the young actress Lyna Khoudri – who won the César Award for Most Promising Actress in 2020 for her role in the film Papicha – reading an excerpt from Fille, Camille Laurens’ latest novel, published by Gallimard.

Through the question, “What happens to a girl in the course of her life, because she is a girl?” Camille Laurens examines the fate of women and the female condition, feminism, the rendering of women invisible, the social changes since the 1960s, ageing, sisterhood and the act of handing down. The discussion is enriched by Charlotte Casiraghi’s perception that to read Fille is akin to putting oneself in the same position as the narrator, to questioning one’s own trajectory and disagreements; for Lyna Khoudri, to read Camille Laurens is to discover the invisible side of things thanks to a wordsmith who dissects the French language. Because above all, Camille Laurens believes in the power of literature to build a life. Words are a balm; grammar, a backbone: “Language makes humanity grow”, she confides. The author who cites Simone de Beauvoir, Gisèle Halimi, Marguerite Duras and Virginia Woolf as tutelary figures, is building, from one novel to the next, a singular body of work that spans the generations and brings out the true power of women: that women are no longer merely objects of desire, but can themselves become autonomous and desiring subjects.

Camille Laurens concludes this conversation by reminding us that the words text and textile have the same origin and proceed from the same gesture: giving movement. Whether made of words or of fabrics, this movement is always a quest for freedom.