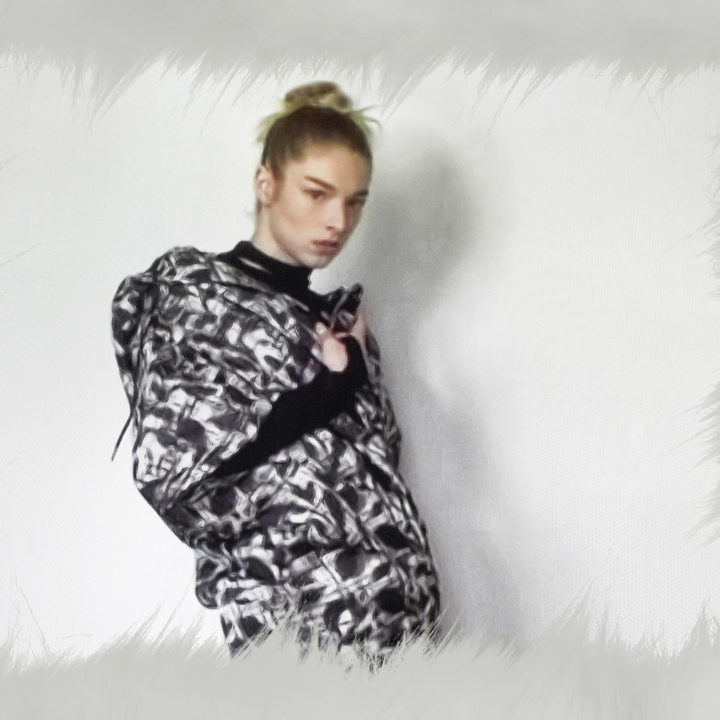 A journey within shades of elegance redefines the idea of Italian good taste, with a new edge. 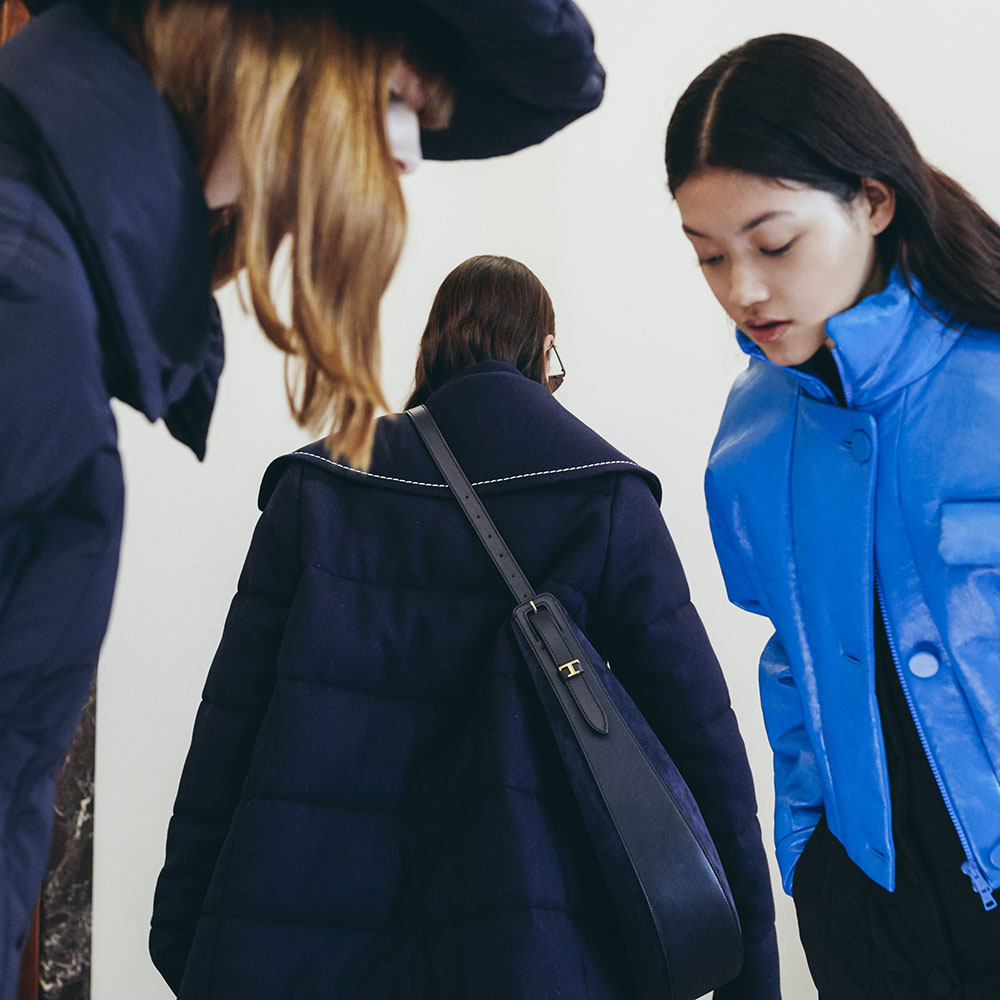 Four women move in a modernist space, over floors of splendid marble inlays, in a video that introduces the collection. They are four different characters, or perhaps different personalities of the same woman caught in a single moment: the story, made up of gestures, movements and colours, is fluid.

With the same fluidity of the camera movements, creative director Walter Chiapponi continues to offer other points of view on the Tod’s vocabulary. Exploring manual skills and craftsmanship in an endless quest for enhancement, working on a repertoire of classic garments, he creates new objects, in which archetypes blend. This season, the world of sportswear meets the voluptuous femininity of couture, without sacrificing function and utility.

The result is iconic garments with new volumes and unexpected details for all functions and occasions. 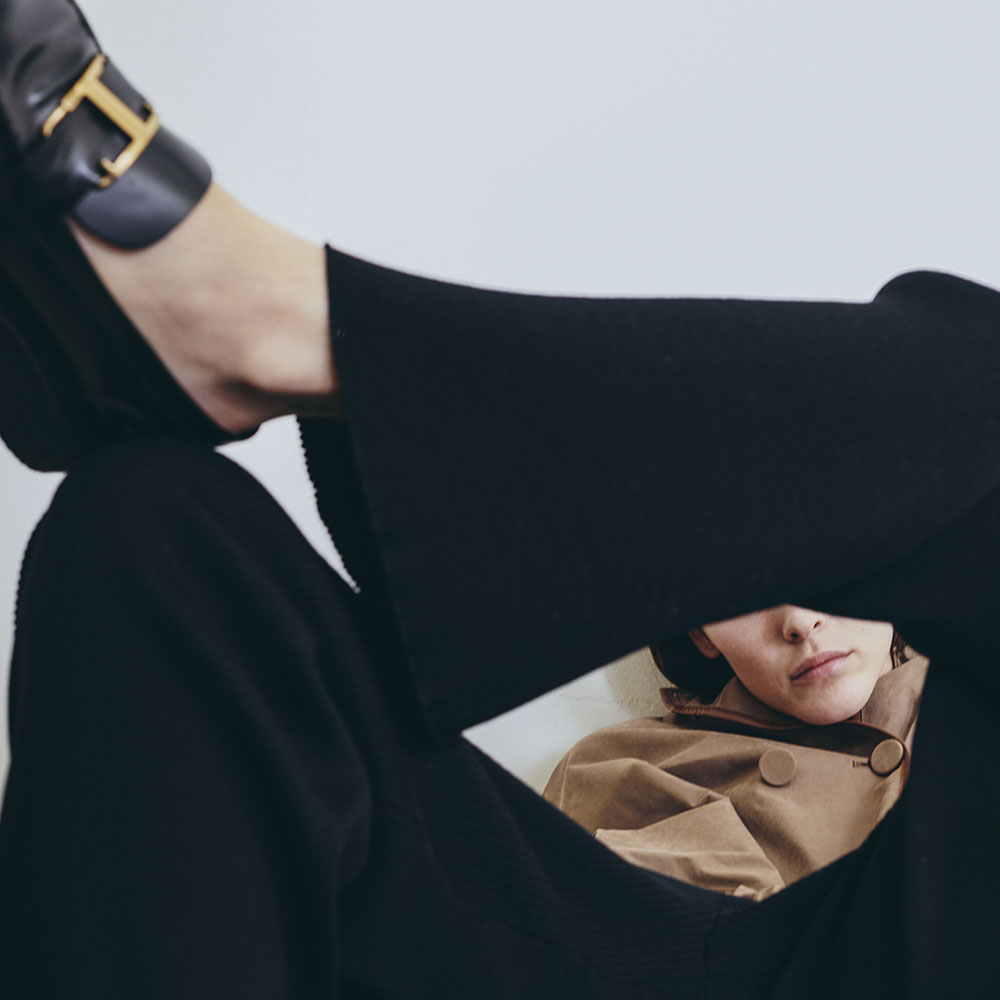 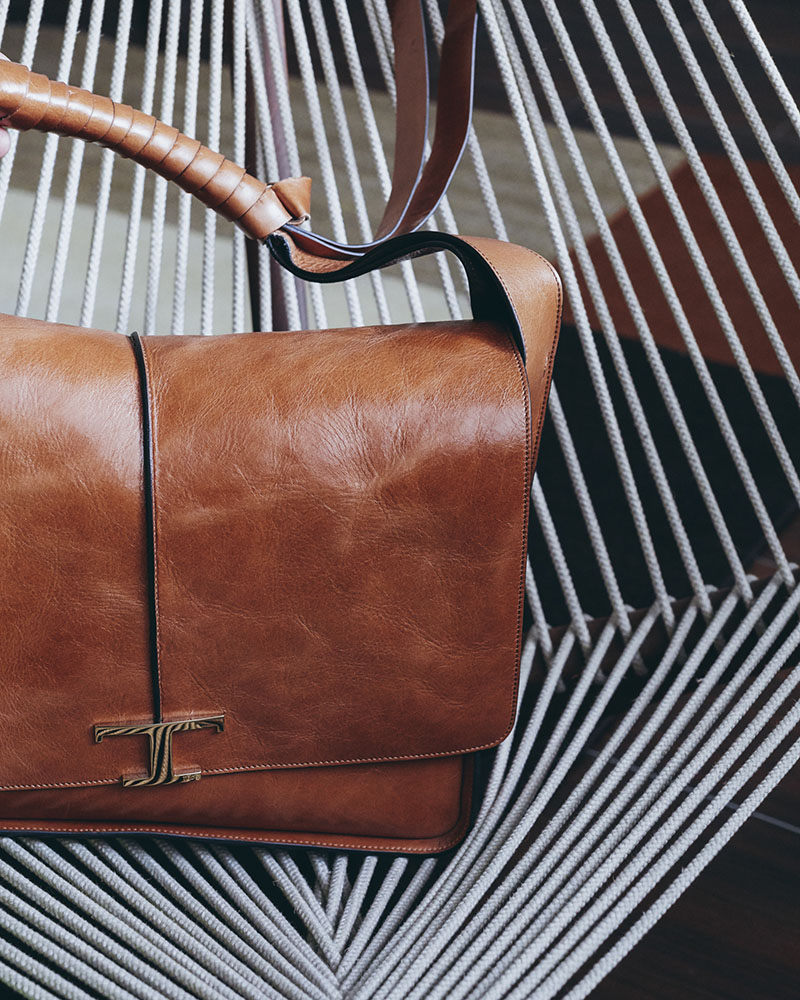 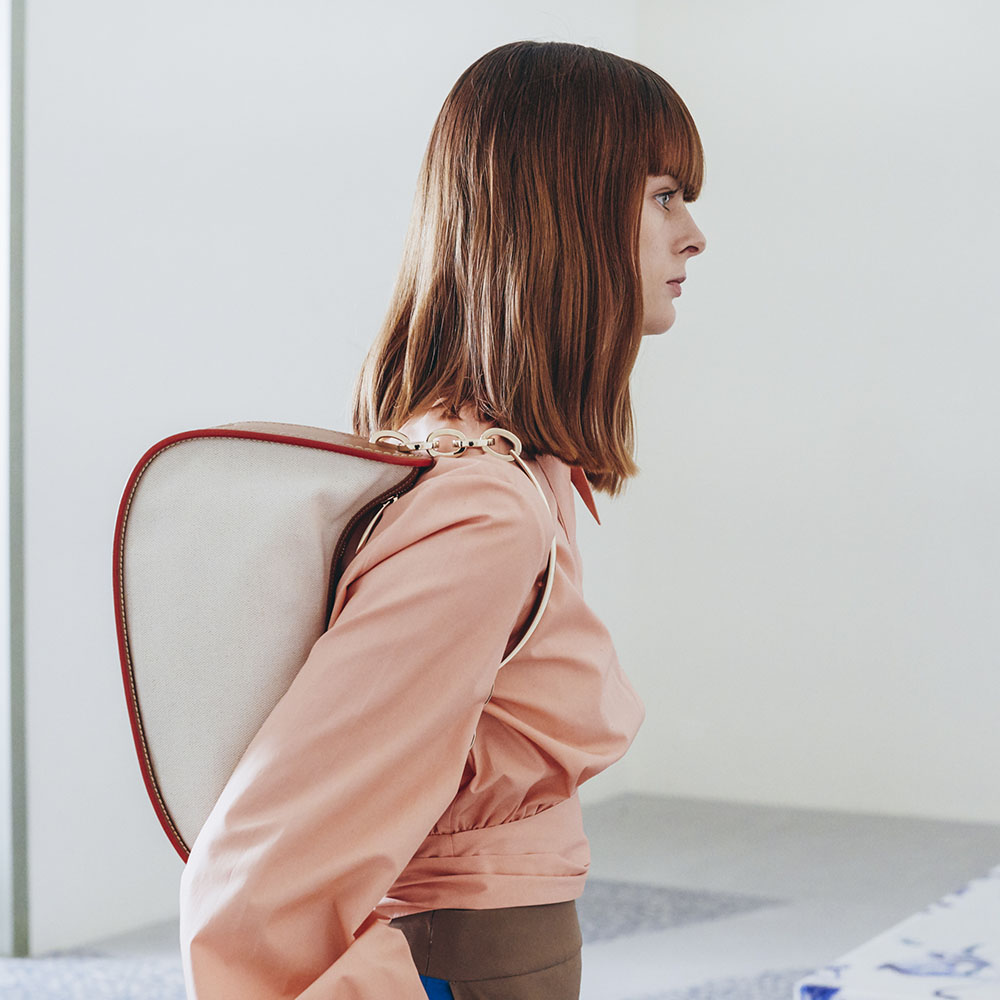 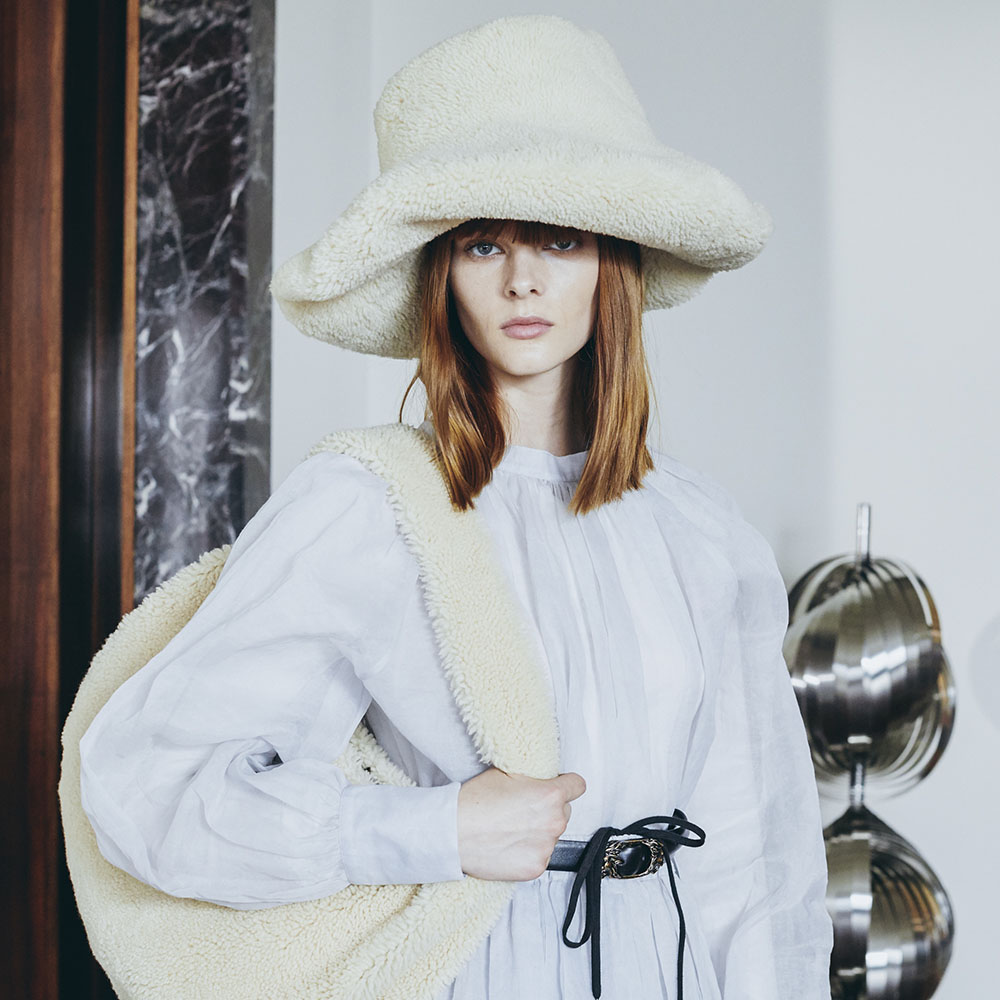 The leather-trimmed trench-coats, worn over knitted trousers, are tied at the front with an immediate gesture, or have ruffles at the neck which create shoulder like capes. Shirts have long pussy bows. Quilting and padding run through cropped leather duvet jackets, knee-length dresses and coats draw a sinuous silhouette. Tailoring has a rebellious ease, while sheepskin is used for a coat, but also a hat. Out of scale hats complete the looks, evoking an accessory from a past era. The profile of the sunglasses is framed entirely in leather.

A journey within shades of elegance redefines the idea of Italian good taste, with a new edge. 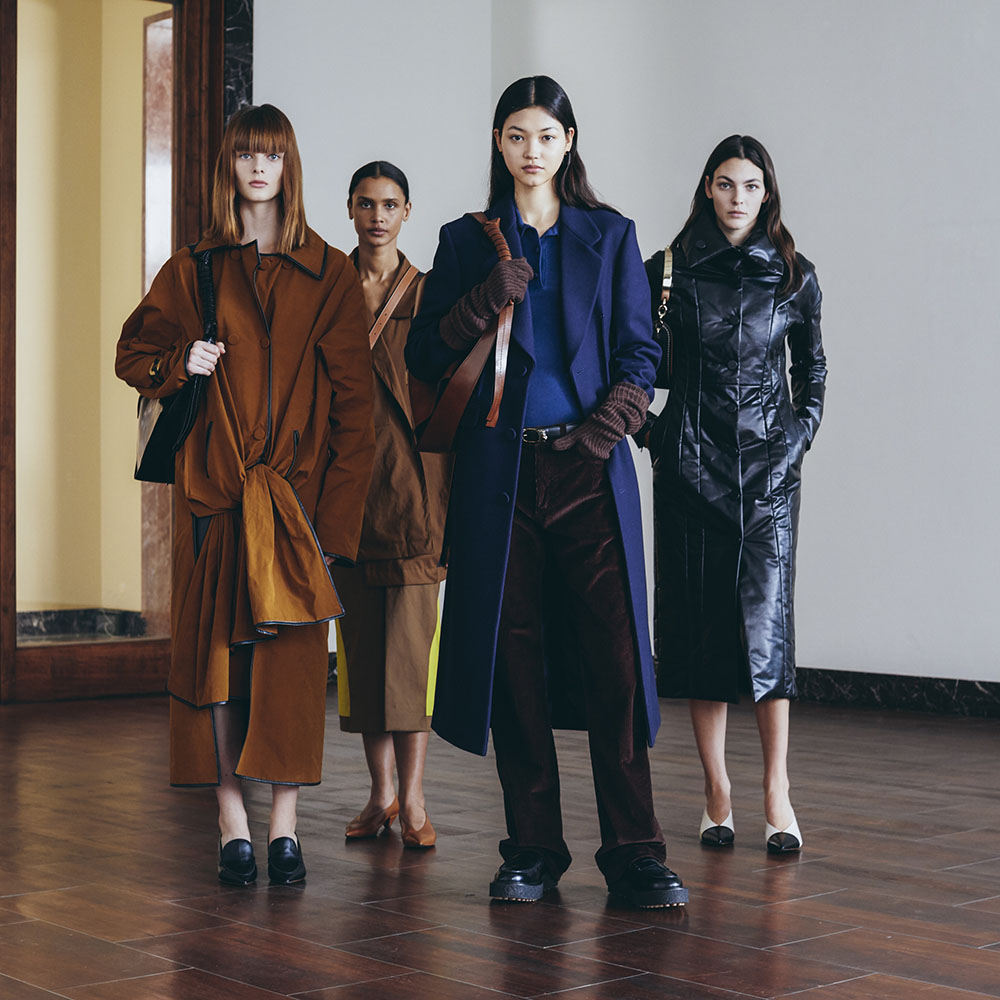 Accessories add further points of view. The bags are exaggeratedly large, such as the T Timeless with its raw-cut profile, or others which have enveloping, curved, shapes, made even more evident by the use of sheepskin, shiny leathers, as shown on the Oboe, the softly constructed hobo bag.Decorative flat chains are adorned on the flap of the Kate, a small-shoulder bag, and are also used to replace the shoulder straps. 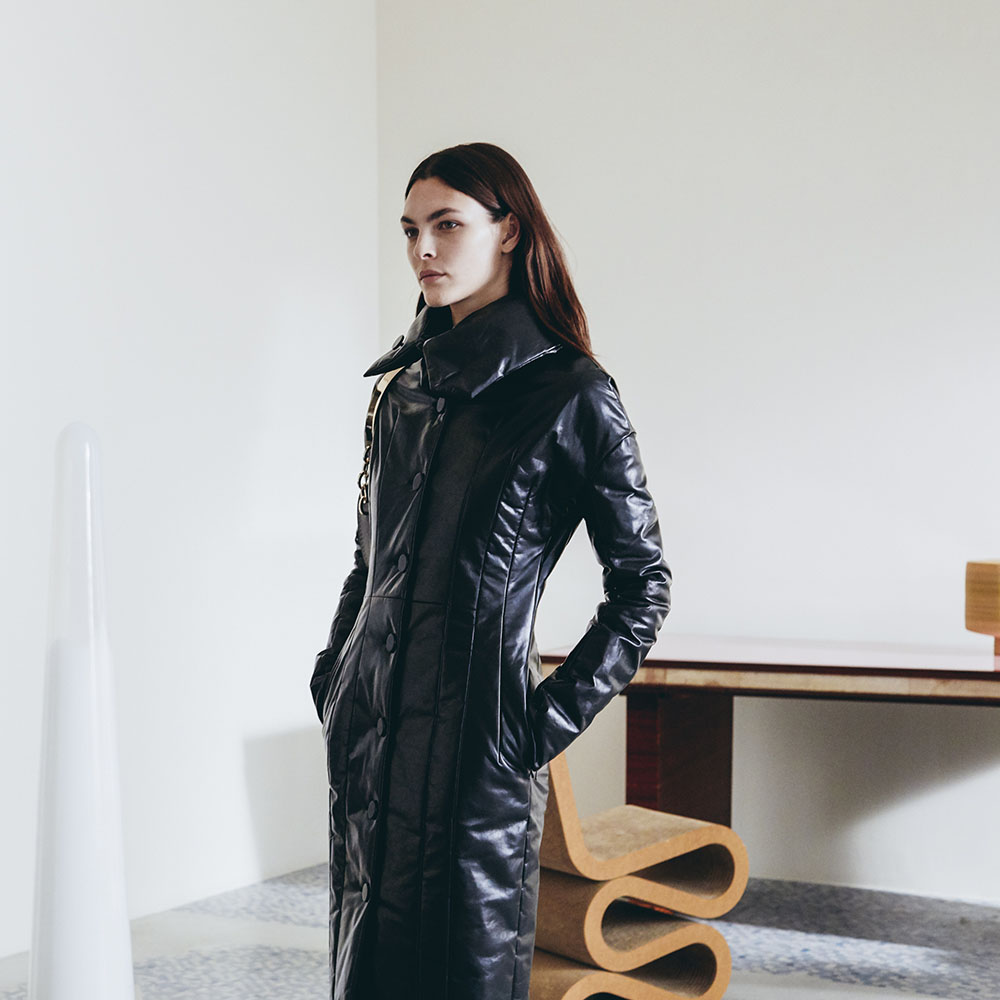 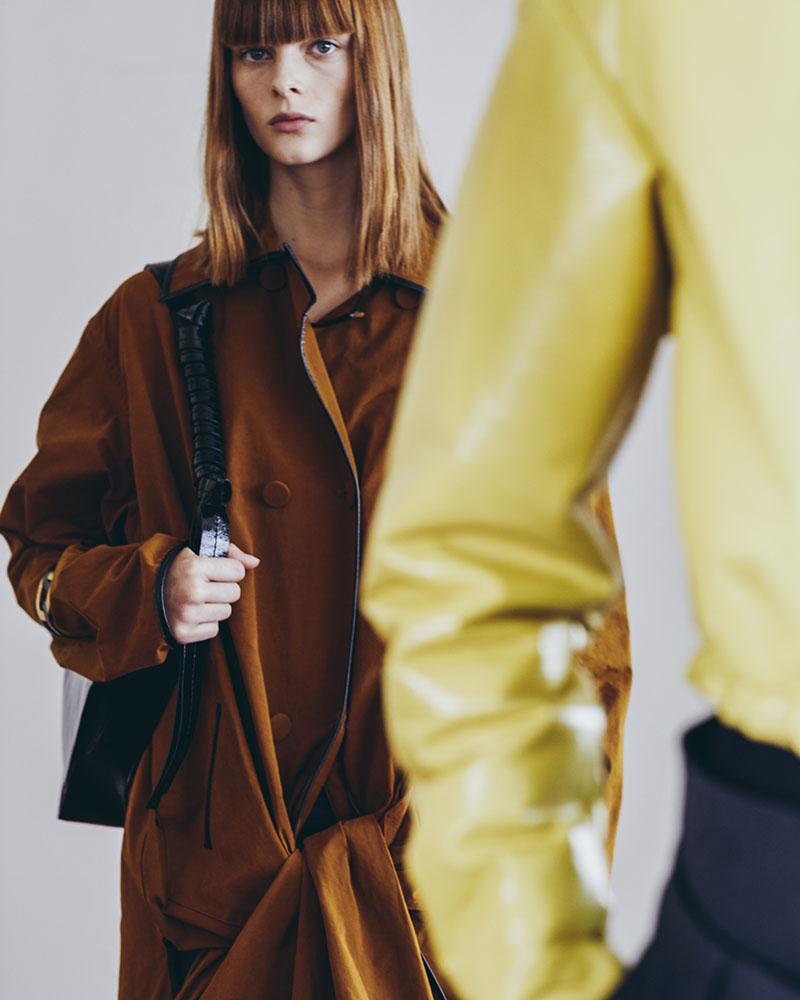 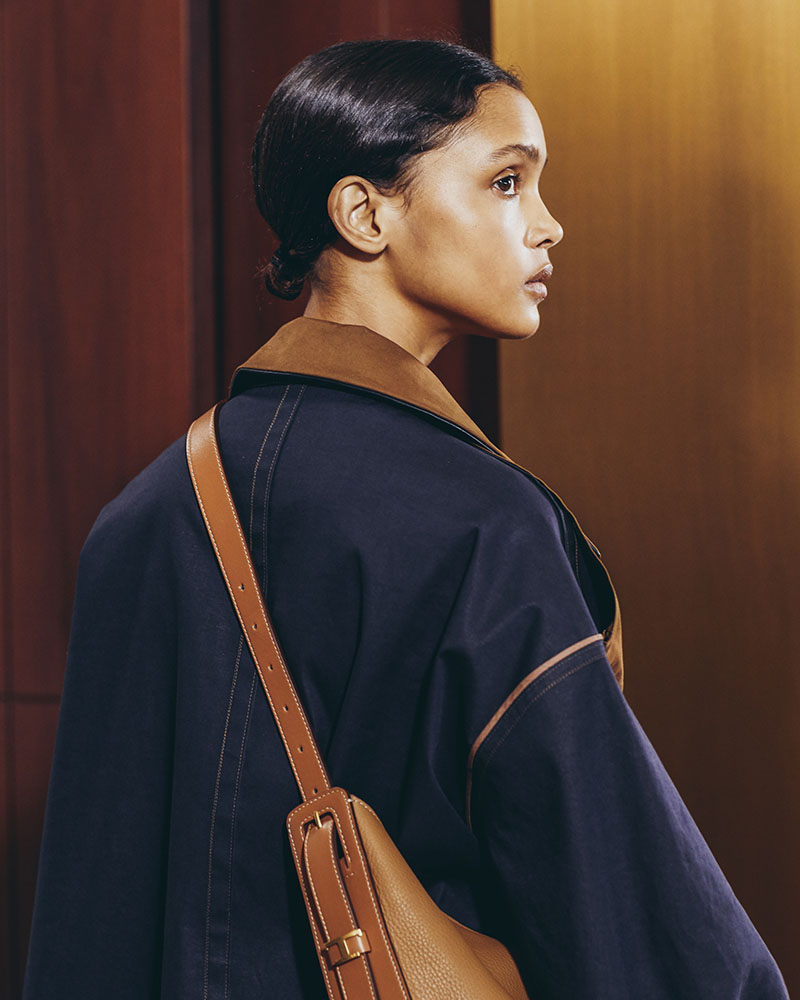 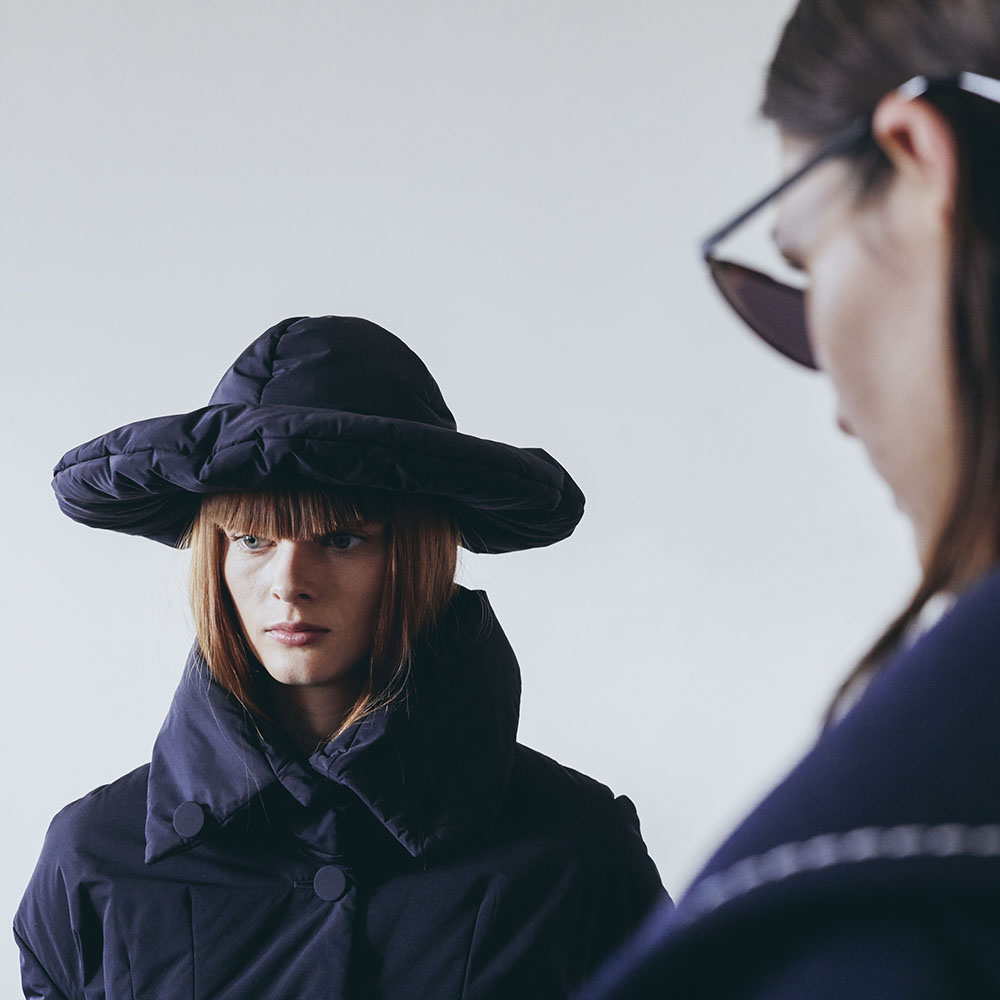 The chunky heeled loafers are bright blocks of colour, the two-tone men’s shoes are fastened by buckles or shaped like loafers and have high creeper soles which the rubber gomminos appear on. On the top of the moccasins, the T marks and characterises. The same timeless T returns on belts and bags. Demure pointy shoes with cone-shaped kitten heels are objects of pure design.