Inside CHANEL Chap. 31: GABRIELLE CHANEL AND MUSIC IS LIVE!

Inside CHANEL Chap. 31: GABRIELLE CHANEL AND MUSIC IS LIVE!

From Aubazine's religious songs to the concert halls she regularly frequented, music was an essential part of her life. Like a perfume in the air, which gives the present its dimension and, sometimes even, its meaning.

In 1905, music was the promise of independence. In Moulins, where Gabrielle dreamt of bei g a café-concert singer, she performed popular songs such as: Qui qu’a vu Coco [Who Has Seen Coco?] If her voice was not quite up to scratch, it clearly showed this young woman’s fiery temperament and, although failing to offer her the freedom she sought, music was to give her a nickname: “Coco”.
She soon shared this interest in music with friends who would fine-tune her musical education, like the singer Marthe Davelli or the ever-essential Misia Sert. An exceptional pianist, Misia was also the muse of avant-garde composers. Like her, Gabrielle Chanel would support them throughout her life, and by fostering the development of contemporary music she inscribed her name in the history of its making.
Among the musicians, like with the painters and writers who would soon form her circle of intimate friends, she discovered a taste for rhythm, movement and change. This sense of rupture she shared with all the moderns would allow her to provide fashion with another quite different destiny.

This daring breakaway spirit, Gabrielle Chanel found in the composer Igor Stravinsky, who, in the early 1910s made his mark on the Parisian scene with The Firebird, Petrushka and The Rite of Spring. Three works composed for Sergei Diaghilev’s Ballets Russes whose unprecedented rhythms and sounds marked a decisive turning point in the history of French music. Aware of the great aesthetic importance of these works, Gabrielle Chanel financed the recreation of The Rite of Spring, before accommodating the Russian composer and his family for nearly a year at Bel Respiro, the villa she owned in Garches. 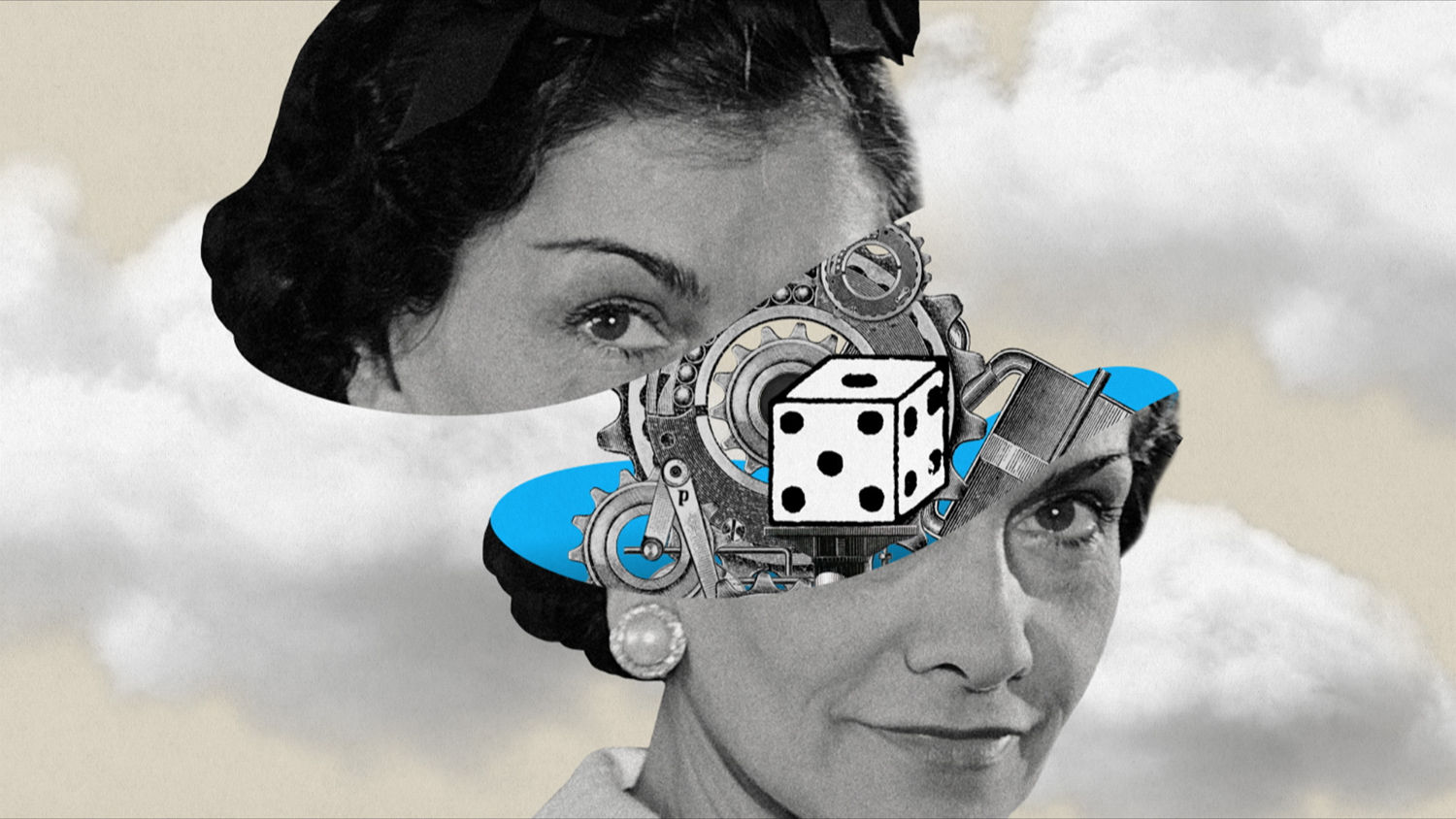 The closeness of the language they shared inevitably drew Igor and Gabrielle together and was expressed in 1921, in a game of correspondences that gave a voice to their work.

Stravinsky went on to compose The Five Fingers, a piano piece that was striking for its apparent simplicity, minimalism and economy of means. Qualities dear to Gabrielle Chanel, and which took precedence over the creation of her olfactive masterpiece of that year: N°5. If the art of music and of perfumery are linked, it is because they share a common vocabulary. And, the creation of a perfume is revealed through a story of notes, scales, chords and harmony. 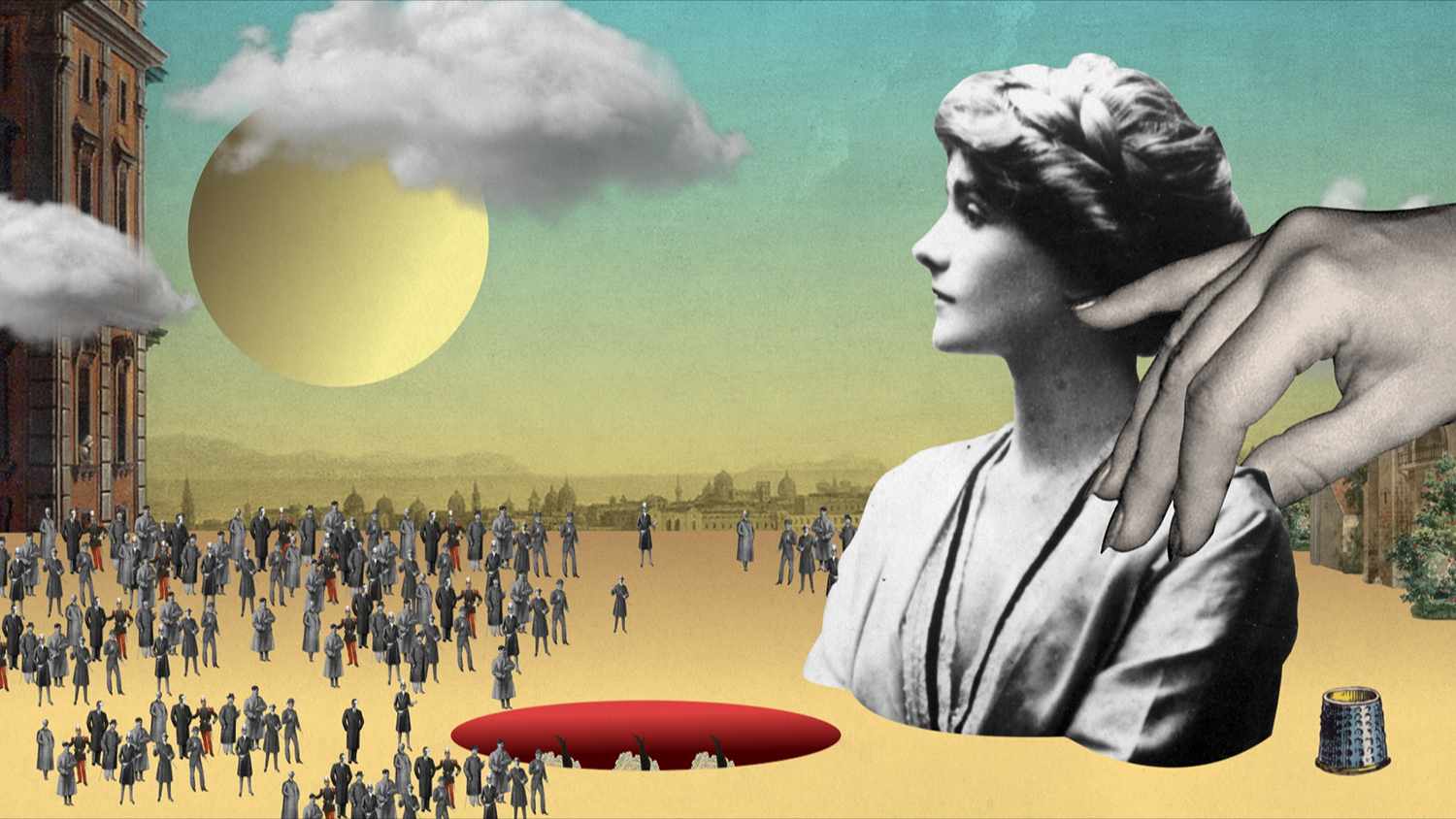 At the dawn of the Roaring Twenties, France discovered jazz and Gabrielle Chanel established herself in Haute Couture in a musical environment in full swing. Among those who partied all night long to forget the trauma of the First World War, she could be seen regularly at the Bœuf sur le Toit. A cabaret where all Paris thronged to dance to music whose frantic rhythms evoked Africa or South America. Gabrielle Chanel took the opportunity to adapt her creations to the full range of body movements such music imposed on dance.
At the same Bœuf sur le toit, we could also hear the modern sounds of Georges Auric, Darius Milhaud, Francis Poulenc, Arthur Honegger, Louis Durey and Germaine Tailleferre. Young musicians that Jean Cocteau soon called “Le Groupe des Six”, to whom he would entrust the joyful task of breathing a little lightness and humor into French music.

Gabrielle Chanel would support these composers with unfailing loyalty by participating in their projects1 , or by promoting performances of their works as a patron of two orchestras that performed contemporary music: l’Orchestre Symphonique de Paris (1928) and La Sérénade (1931). 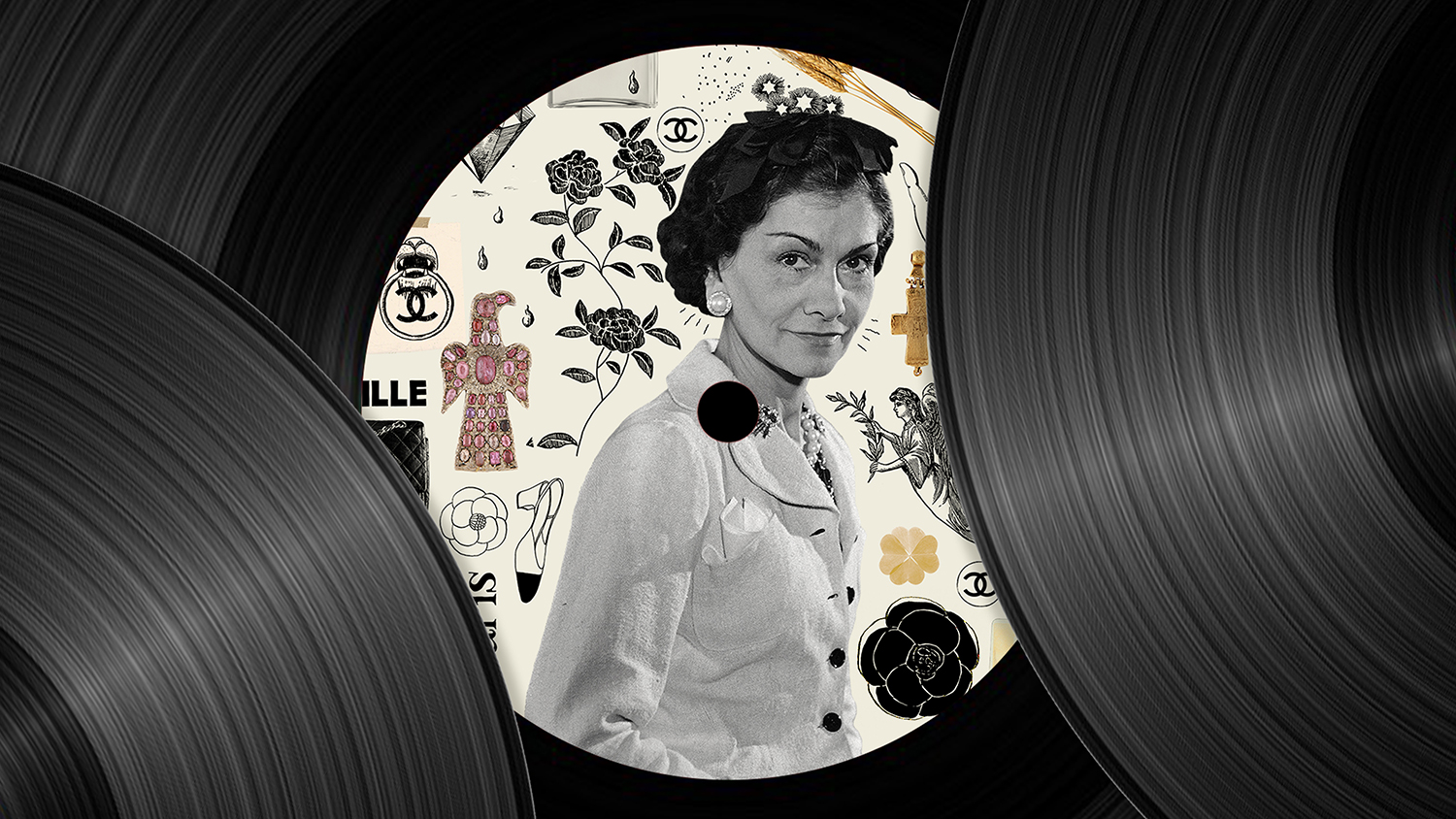 As a committed patron and an enlightened music lover, Gabrielle Chanel enjoyed all types of music, whether religious, classical or popular. In the 1960s, Gabrielle, who surely knew how to take her fashion down to the streets, never shied away from appreciating the music that was happening down there, and that was seducing the younger generations. Against all expectations, she could be seen taking an interest in certain French variety and rock stars, and taking off to London to applaud the Beatles2 . At the height of her glory, Gabrielle was at least as popular they were! In 1969, her legend was told in music! On Broadway, a highly successful musical called Coco3 retraced her extraordinary career. 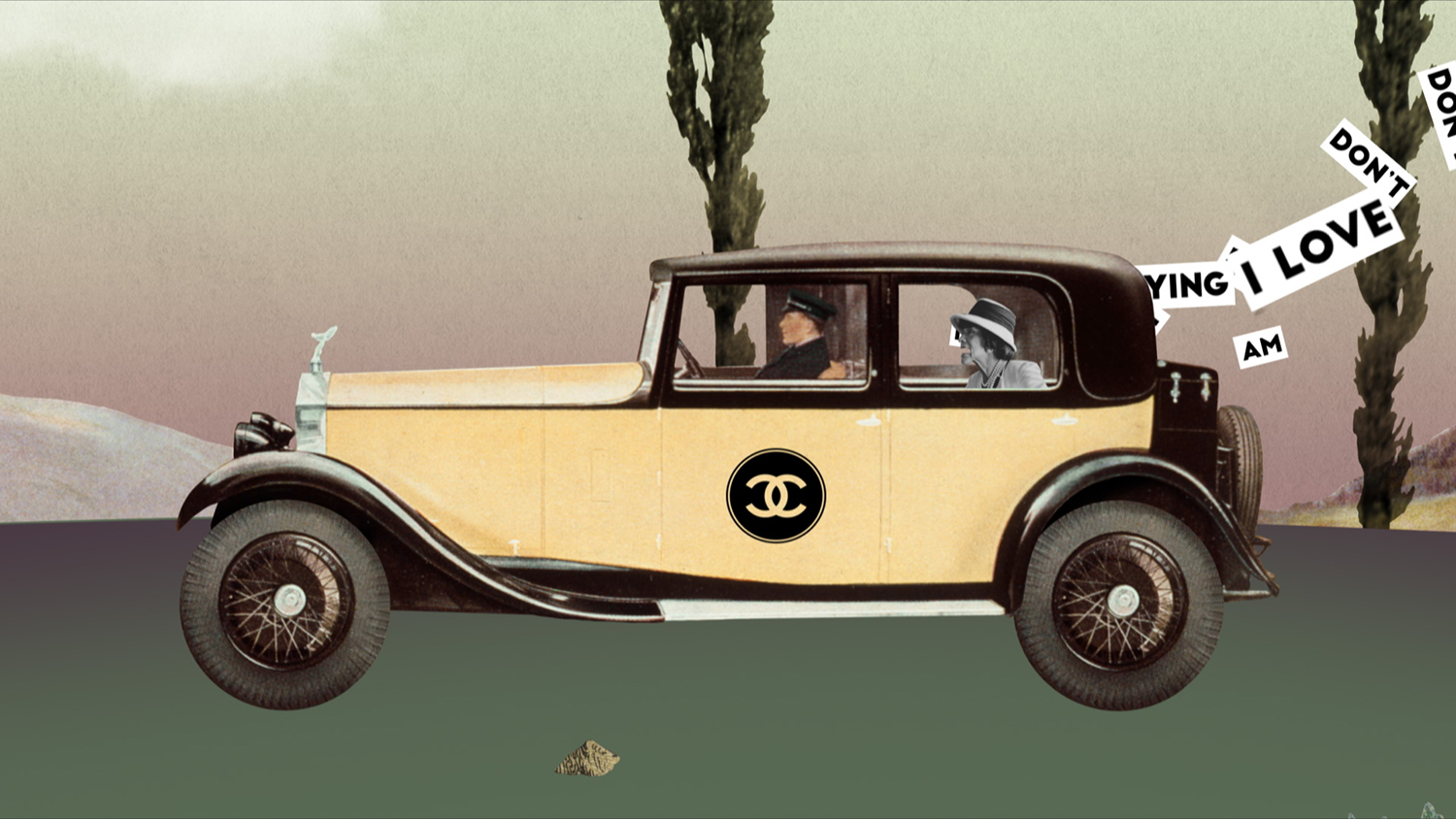 While in Paris, Gabrielle Chanel who didn’t take the trip to enjoy Katharine Hepburn in the title role, hummed along to the tunes, as she had always done, at home or in the car. Since then, music has been a constant source of inspiration for the creators at CHANEL.
From the fashion shows to the muses and ambassadresses, music is part of the House’s DNA and inscribes it firmly in the here and now.