In Paris, the village is configured and reconfigured through an abstract marble stage, which represents the shifting emotions of “the stranger in the village”.

The Louis Vuitton Fall-Winter 2021 Men’s Show is presented as a multi-disciplinary artistic expression of ideas investigated within the collection. Captured between Paris and a village in the Swiss mountains, the production is thematically informed by James Baldwin’s seminal essay Stranger in the Village from 1953 through a series of performances expressed in dance, ice skating, poetry and scenography. It features a cast including Kandis Williams, Tosh Basco, Saul Williams, yasiin bey, Black Cracker and Steven Sowah. In Stranger in the Village, Baldwin draws parallels between his experiences as an African-American visitor in the Swiss mountain village of Leukerbad in the 1950s – the only person of colour – and his life as a Black citizen of America.

It deals with the experience of being recognised and gazed upon as different, illegible; even alien. Emblematic of this circumstance, Stranger in the Village also illuminates the experience of being Black in Europe, and being a Black artist in the birthplace of European art. A positive and affirmative entry point for kinship, collaboration and diversity, Men’s Artistic Director Virgil Abloh employs the essay as a reflection on the “Tourist vs. Purist” logic of the collection: society’s established structure of outsiders vs. insiders, manifested in broad civilization as well as individual domains of knowledge such as the arts. It is an illustration of the experience of ascending to an esoteric sector of the arts and introducing it to design traditions and semiotics that can be unrecognised or misunderstood. The performance embodies the physical confrontations with the psychological conflicts explored in Baldwin’s essay. 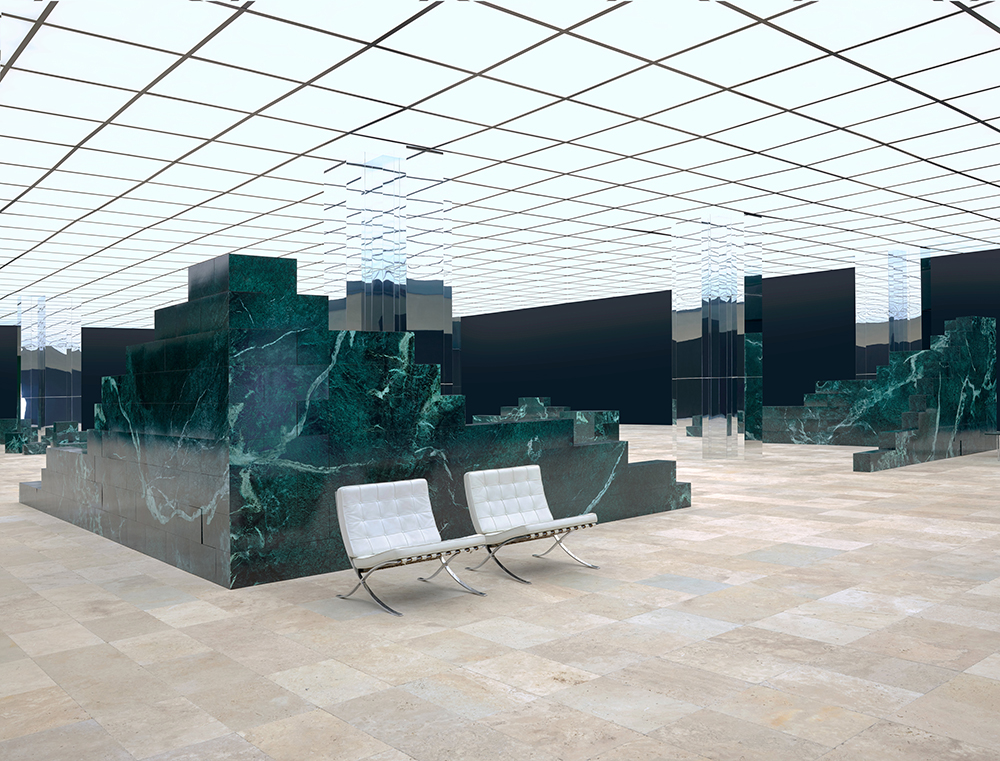 In Paris, the village is configured and reconfigured through an abstract marble stage, which represents the shifting emotions of “the stranger in the village”. It manifests in a demonstration of the themes of artistic provenance and ownership studied within the collection, expressed in the figurative idea of a heist: the established art world’s re-appropriation of foundations of cultural heritages different to their own.